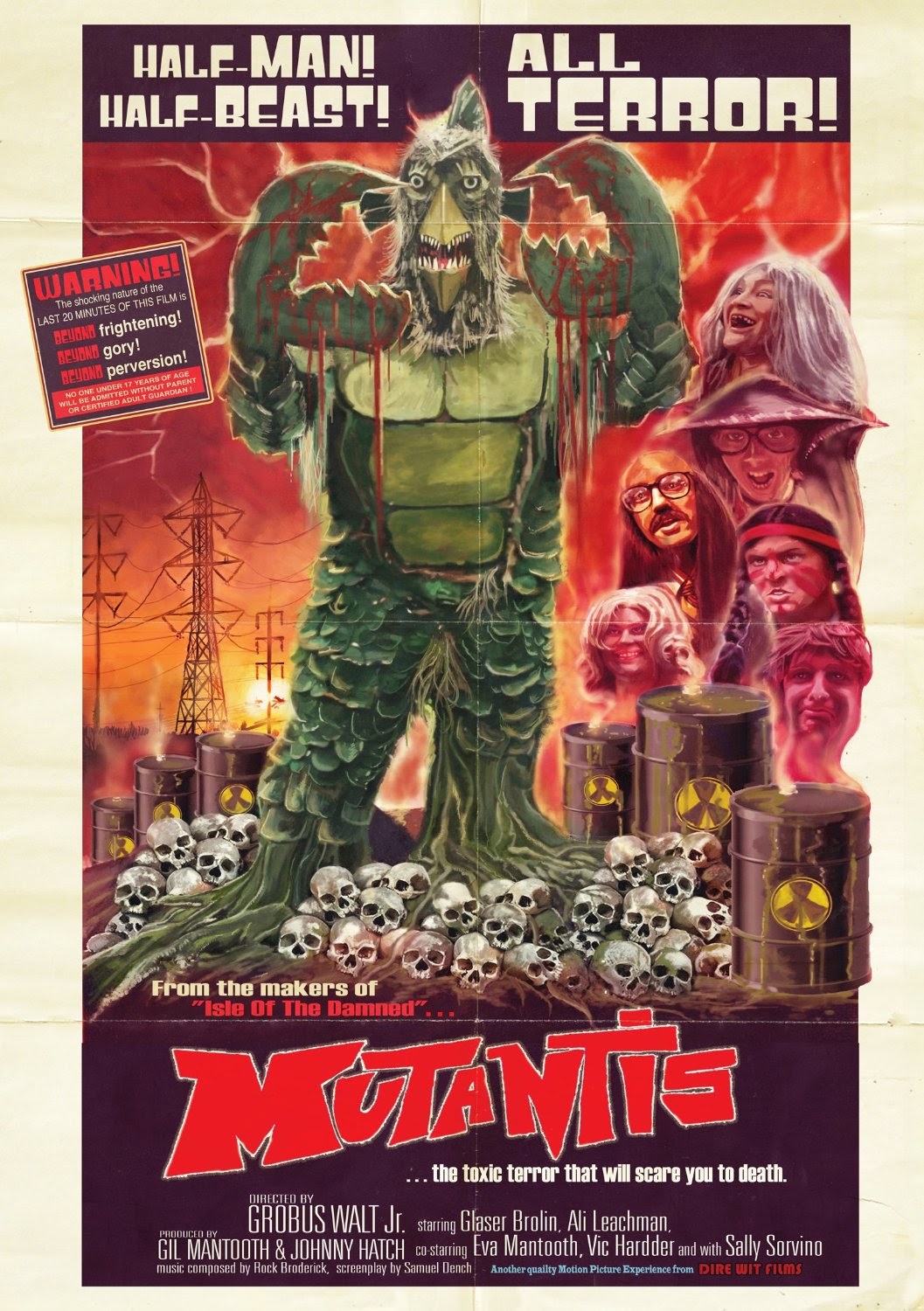 The Film
How cheesy do you like it? Extra cheesy? How about 4 cheese? Fuck it, pour on all of the cheese! MUTANTIS takes all of the cheese and wants more as a scientist brings his stepchildren into the woods to find Bigfoot but instead finds the horrible creature Mutantis, known to the hillbilly locals as a hideous creature that will chop your head off as fast as he fucks you! Yeah, bloodshed isn't enough for Mutantis, he wants to procreate!

Dire Wit Films is a Baltimore based group known for making some remarkably cheesy, offensive and gory films such as Pleasures Of The Damned, Isle Of The Damned and The 7th Day.  MUTANTIS may take the cake on all of them as far as being offensive goes. On top of being very bloody and filled with gore it is also filled with immense amounts of sexual deviancy, much of which comes from the monster itself. 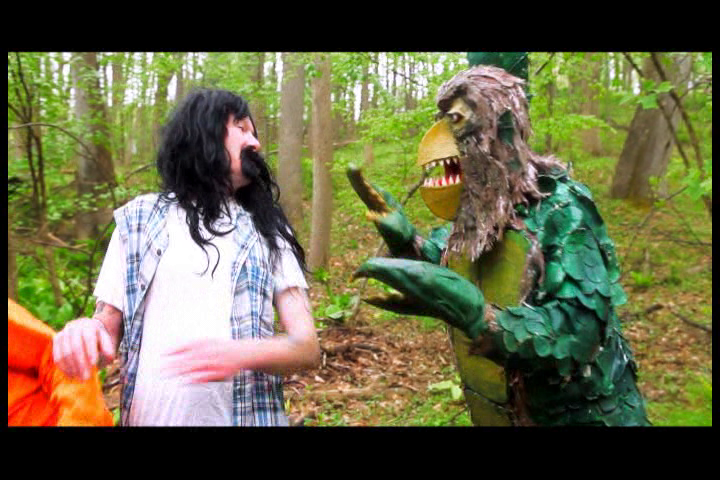 The tongue is planted firmly in cheek with humor being a major part of the film. Many voices are re-recorded with purposely cheesy dubs and there are some over the top characters like the blowjob lady who lives in the woods. The crew of MUTANTIS wears its influences on its sleeve, from old creature features to humor that Troma found Lloyd Kaufman would approve of and gore filled horror films, and is proud of the trash they created. They should be because MUTANTIS is ridiculously entertaining, genuinely funny and features excellent special effects (along with one of the greatest and cheapest monster suits ever!)

The Audio & Video
Dire Wit Films releases their own production on DVD with a nice looking anamorphic widescreen transfer. The low budget film still manages to have a quality presentation with nice sharpness and very vivid colors. The audio which is dubbed for stylistic purposes has a good mix between the soundtrack and dialogue and is very clear. 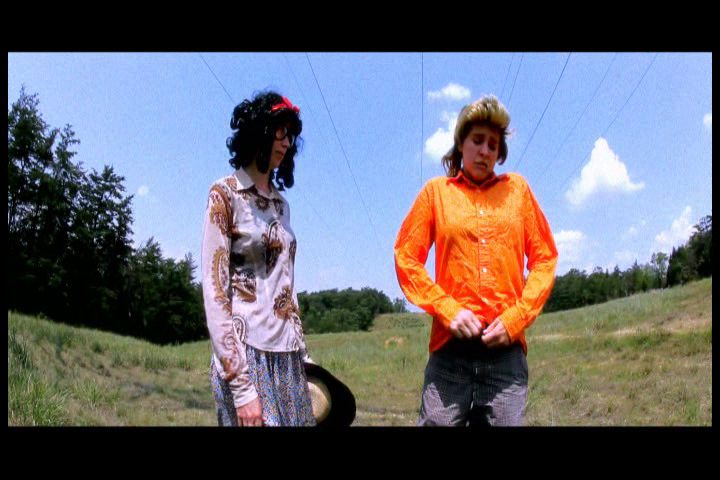 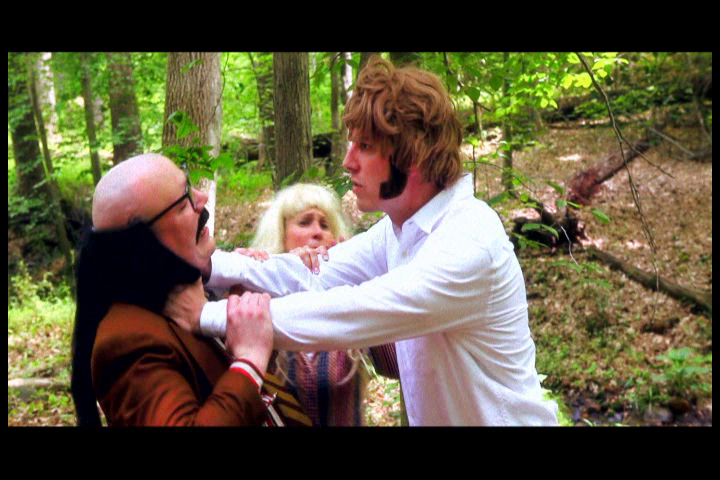 The Bottom Line
MUTANTIS is hilarious, gross and offensive in the best way. Support independent horror and home grown cinema and check out MUTANTIS! 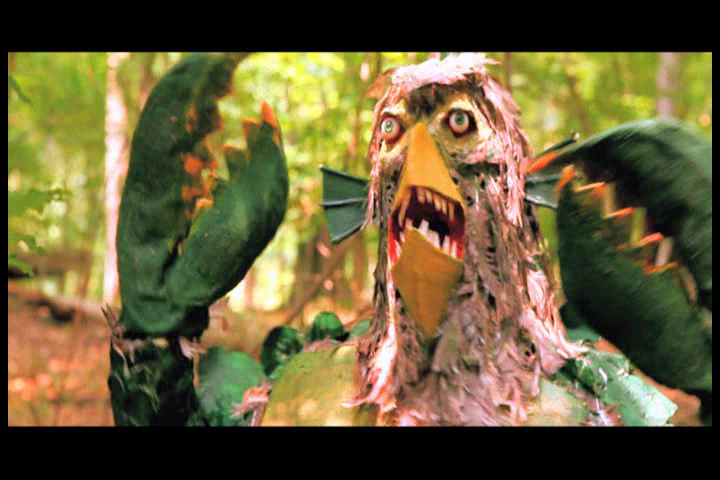