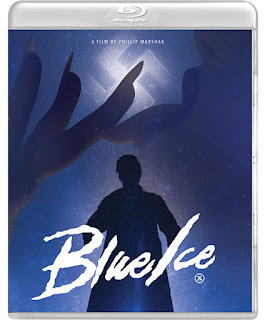 The Film
What do you get when a handsome man is on the hunt for an old relic that potentially holds the key to eternal life and has to beat the Nazis to the chase? No it's not Indiana Jones, it's BLUE ICE! A private eye from San Francisco (Herschel Savage) is hired by a wealthy man known only as Big Man (Jamie Gillis) to retrieve an ancient book that holds the power to eternal life. Unbeknownst to him is that the Nazis are also after the book and have a secret serum to turn anyone into an insatiable nymphomaniac.

I love this movie. It's equally funny and endearing as it is seedy and immoral. With everything from rape to Ron Jeremy doing Kung-fu and gloved blowjobs to group sex and shootouts and stock Nazi footage, BLUE ICE has a little bit of something different around each corner. And it's well made to boot. The cast, lead by Savage but also including adult film mainstays Jamie Gillis, Ron Jeremy and  Bill Margold are all solid. There's even a monologue early on in the film by Reggie Nalder that is edited with stock footage of Hitler and the Nazis that is exceptional. 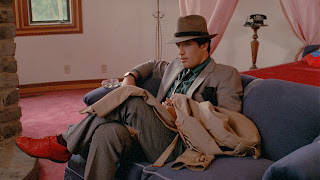 BLUE ICE is as campy as it is sexy. At times it gets a little rough and at times it makes you laugh. It has a little bit of everything and sometimes that isn't always a good thing but BLUE ICE comes together as one of the most interesting viewing experiences I've had lately and I love it. 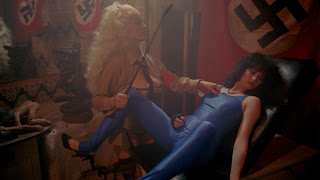 The Audio & Video
Vinegar Syndrome touched this disc so it turned to gold like everything they touch. Really, the anamorphic widescreen transfer has a warm natural film-like look with a nice grain structure while keeping digital noise to a minimum. Colors are vibrant and flesh tones are peachy and natural with no waxiness. Black levels are deep and handled well. The detail level is high in everything from close up facial details to wood grains and fabrics. The DTS-HD Master Audio mono mix isn't going to blow you away with an insane surround mix but it's going to deliver a crisp, clear and pretty fucking stellar sound quality. Dialogue and score compliment each other while the clarity never comes into question with distortions or background noise. 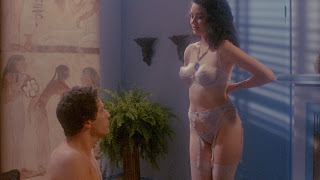 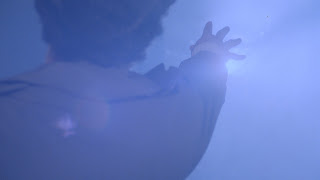 The Bottom Line
I'm giving BLUE ICE the "essential viewing" recommendation for any of my readers who are fans of the adult film stuff I cover. So chances are, if you're reading this you should definitely check out BLUE ICE.