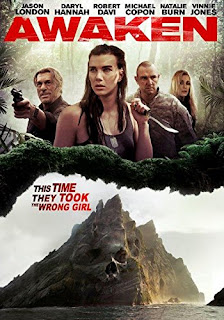 The Film
A young woman wakes up on an island to find a group of others just like her and is immediately thrown into a fight for survival with the others while they all attempt to find out why they're on this island and being hunted by mercenaries. After escaping the island, only to be brought back the group finds out the shocking truth that they're being hunted in an organ harvesting operation.

AWAKEN is directed by Mark Atkins who is no stranger to direct to video fare and knows how to keep things entertaining enough to keep the viewer's attention without having huge production values or sharply written scripts. AWAKEN is a simple enough idea that allows for as many action scenes as the filmmakers want to put in, and there's plenty of them.

Vinnie Jones co-stars as Sarge, the head mercenary and is a badass, like always. The man has a natural presence as a hardass in front of a camera with his hardened look and real life ability to kick ass. He is matched against Natalie Burn who shows herself as capable of handling an ass kicking role in her own right. The acting is hammy from just about everyone involved but we don't watch movies like AWAKEN for much else other than the action so much is forgiven. 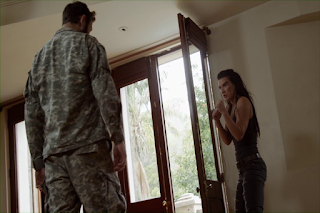 Daryl Hannah and Edward Furlong appear as well and Furlong is one of the least likable parts of the movie. He just oozes shittyness. The movie only has a couple of locations but makes the most of them to make it feel like a bigger world than what it really is. The island the victims briefly escape to is an interesting one and almost gave me a similar vibe that the town of Innsmouth does in HP Lovecraft's stories.

AWAKEN won't go down as a classic action film but for someone looking for something they haven't seen yet for some easy weekend viewing you can do a lot worse.

The Audio & Video
Arc Entertainment brings AWAKEN to DVD with a 16x9 anamorphic widescreen transfer that looks very good. Colors are bright and vibrant and the picture quality is sharp. The English audio track is handled with 5.1 Dolby Digital surround sound and is free of any damage or distracting background noise. The mix is nicely done as the score compliments the dialogue without drowning it out. 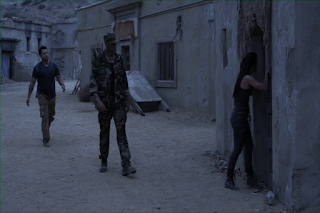 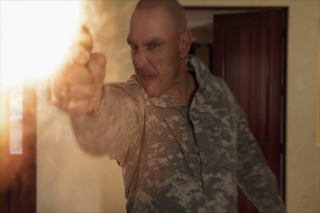 The Bottom Line
AWAKEN is a fast paced straight to video action flick that is high on violence and adrenaline.