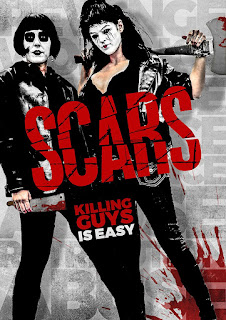 The Film
Scar and Scarlett are a pair of women who have awful experiences with men. Scar has a deadbeat slob of a father that she hates and Scarlett often finds herself blackmailing men who are cheating on their wives with her. Their disgust for the male sex becomes extremely violent and deadly when they meet each other and bond over their feelings.

SCARS is tough. I think there's good stuff here. The cast is decent and the film moves along at a steady pace never letting the viewer cool off too much before Scar and Scarlett act out again in some way, whether they're murdering, torturing or blackmailing. But there's some bad as well. The editing is clunky and choppy which makes me think the script had big holes in it that they simply didn't know how to transition from scene to scene so there are numerous sudden cuts to black and coming back to a new scene. It is jarring and took me out of the movie briefly on a few occasions. There's also some really poor moments of direction such as when Scarlett is in the midst of demanding payment from her second blackmail victim and he responds to her that he has already left his wife so he doesn't care - The man's head is entirely chopped off for the duration. That's an amateur mistake that needs fixing. 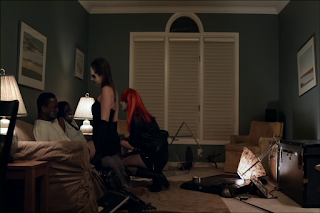 SCARS is down right cold and has an attitude about it. I think the bitter attitude and cold shoulder it turns to the viewer works in context of the the story but it left me feeling a bit disconnected from the film. A cold and depressing movie usually doesn't stop me from liking a film but I think it could hurt the film's rewatchability. SCARS is still a rather successful serial killer movie that has some cringe inducing violence, especially for guys.

The Audio & Video
Wild Eye Releasing gives SCARS a DVD release with an anamorphic widescreen transfer that looks very good. The image is sharp and crisp with strong colors, especially the hot whites and deep blacks of the two killers' makeup. The stereo English audio mix is serviceable with no damage or background noise. The levels are stable and the overall audio quality is pleasing to the ear. 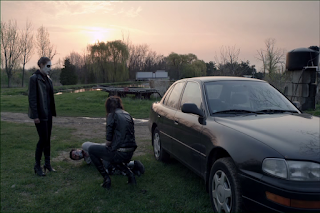 The Extras
Aside from a selection of trailers for other Wild Eye releases this disc is bare bones. 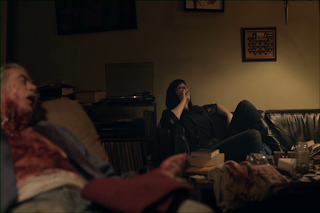 The Bottom Line
SCARS is something slasher and serial killer fans will definitely want to seek out.