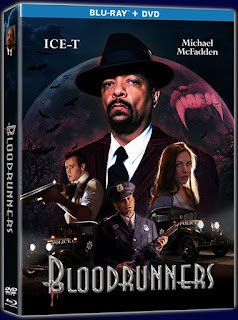 The Film
Ice-T is Chesterfield, an ancient vampire who has opened a new speakeasy in prohibition era New England. When the local sheriff Jack Malone comes to collect his "tax" the corrupt officer gets more than he bargained for when he finds out the club is actually a vampire lair.

BLOODRUNNERS has a lot going for it like the charisma and attitude that Ice-T brings to everything he does and a really solid production design that has minor flaws but is very believable of a prohibition era town. The cast is good and when the movie is interested in being a vampire horror film it succeeds even if the special effects aren't always amazing. Unfortunately the script is a bit too busy with a couple subplots that try to add depth to a couple of the characters and their motives but in reality just slow things down and takes their eyes off the prize. 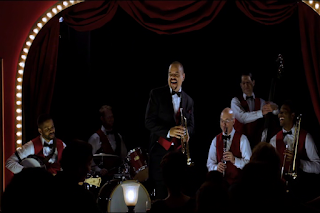 There's an obvious connection here to From Dusk Til Dawn with a vampire lair hiding out in a bar and when BLOODRUNNERS is doing a 1930s version of FDTD it's an entertaining picture but too much of the picture is spent on the subplots and Ice-T is vacant for stretches that last too long but when he's allowed to shout his lines with a certain ignorance and ferocity that shouts "Fuck you, I'm Ice-T and I'm a vampire, bitch! Where's my money?!" the picture is at its best and most enjoyable. Unfortunately the biggest name in the film gets lost in the shuffle a bit too much. 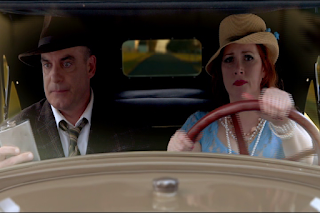 The Audio & Video
The Blu-ray from Speakeasy Pictures is quite good. The 1:85:1 anamorphic widescreen transfer is clean and sharp with the 1080p HD quality giving way to strong detail and vivid colors. Black levels are deep and there's no signs of excessive DNR or edge enhancement. The 5.1 Dolby Digital audio is crisp and clear with steady levels and a quality mix job. There's no distortions or imperfections and English, Spanish and French subtitles are available. 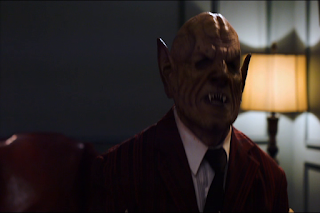 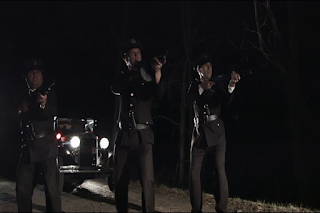 The Bottom Line
BLOODRUNNERS has some fun scenes but doesn't make the most of an interesting idea. Worth a watch but this isn't destined to become a classic.