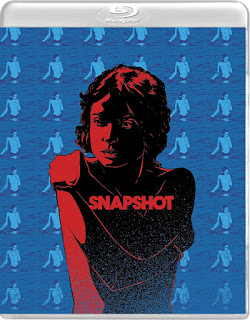 The Film
Sigrid Thornton stars as Angela, a pretty, young girl having a hard time making enough money while working as a hairdresser when she gets an offer to be the subject of some topless ad campaign photos. She makes friends with many of the agents and photographers in her new world but closest of all is Madeline (Chantal Contouri) a veteran model. Soon after the photo is published Angela finds a small bit of new found fame but at the same time begins to feel she is being stalked. She fears it is her ex-boyfriend who drives an ice cream truck but it could also be someone as close to her as her mother who has written her off after seeing the photos or a new secret admirer. Angela doesn't find out until she's alone with the stalker face to face.

SNAPSHOT was retitled The Day After Halloween in the US and released less than a year after John Carpenter's film Halloween to try and cash in on the success of that slasher masterpiece. This was a totally unfair and misleading title as the film is not a slasher and doesn't even mention Halloween. It's part of the reason that SNAPSHOT is still an underground film in the US. Separating this film and letting it stand on its own to feet is the best thing that could happen to SNAPSHOT as it allows the viewer to go in with no false notions of what it will be. I know when I first saw this film on DVD under the American retitling I was not expecting the film I got but something driven by a body count and violence rather than a growing sense of tension and suspense. SNAPSHOT is a slow burn that eventually flames up and boils over and not a practice of excess like you may expect from a cheap foreign ripoff of Halloween. The pacing of SNAPSHOT is the biggest flaw of the film as it feels like more of a drama for the first half of the film before we get any real sense of danger toward Angela and even then the first couple of uncomfortable moments for Angela are just that. Sadly they're light on scares. This is discussed in the special features on the disc where there's mention that the budget held back from a couple of bigger scare scenes. 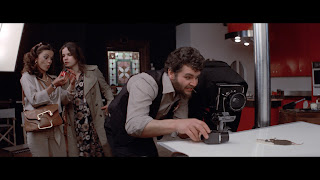 The main suspect throughout the film is Angela's ex-boyfriend who drives the ice cream truck and the jingle playing through the truck's speakers are used as a cue to the audience for fear and scares. It's an interesting juxtaposition that gets better and better throughout the film as the ice cream truck and its jingle become almost Michael Myers esque in the way it is filmed, seemingly creeping around corners and down alleyways. The influences from Halloween can certainly be seen but SNAPSHOT takes those influences to create it's own suspense filled thriller. The film is carried by Sigrid Thornton who delivers a wonderful performance as she grows from an under appreciated girl living a mundane existence before the call of a bigger and better life with a chance to escape not only her day to day struggles but her newfound stalker that has totally taken over her thoughts give her reason to leave. Thornton's co-star Chantal Contouri also delivers a great performance with a natural mentor/disciple relationship. Or perhaps veteran/rookie is a better analogy. 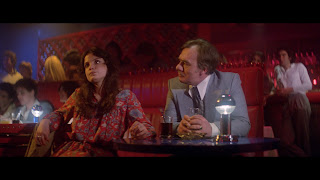 Director Simon Wincer really gets the most out of this film that was written in less than a week. He creates as many scares and as much suspense as he can even if the movie would have benefitted from a few more noteworthy scenes. Wincer gets the most out of his entire cast and locations making the film feel a bit bigger than it really is. He brilliantly wraps the film around its own ending, making the climax all the more exciting. And what a claustrophobic finale it is. It is remarkably uncomfortable before it ever becomes deadly. From the moment Angela enters the room that the finale takes place in you're made to feel immediately uncomfortable and uneasy, a feeling that would last a few minutes before things escalate and we're given a sigh of relief from that dirty feeling. It's odd to think that the most explicitly violent scene in the movie can actually be viewed as a reprieve from the scene at hand. 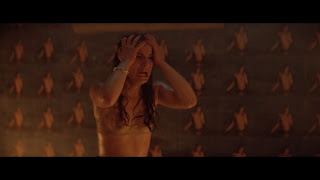 SNAPSHOT is not a perfect film but it is a fine example of a slow burn thriller carried by excellent performances. It may not deliver a ton of action packed moments, lots of gore or excessive nudity (we do get the one scene of Sigrid Thornton showing off her beautiful body) to make this a bit more exploitive as it is an exploitation film at its core but it does deliver on suspense, tension, really solid filmmaking and fine performances.

The Audio & Video
Vinegar Syndrome gives SNAPSHOT its Blu-ray debut with a rich 2.35:1 anamorphic widescreen transfer taken from a brand new 2K scan of the original 35mm camera negative. The picture is sharp with an attractive natural grain structure. Detail level is high and gives way to healthy skin tones, vivid but not artificial colors and deep black levels. A DTS-HD Mono track handles the audio portion of the disc and it sounds pristine with no background noise, popping, cracking or other annoying imperfections. The score and dialogue are mixed perfectly so that neither drowns out the other while allowing both to take the foreground when necessary. 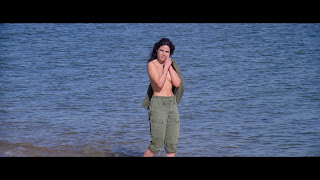 The Extras
Vinegar Syndrome has given us a pretty loaded selection of extras... 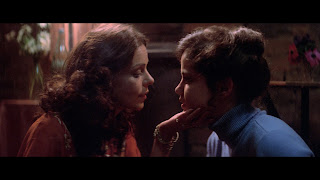 The Bottom Line
SNAPSHOT has been overlooked for decades in the US and is ripe for discovery with this release which would get a big deal "Special Edition" or "Collector's Edition" banner at any other label but this is just par for the course with Vinegar Syndrome.