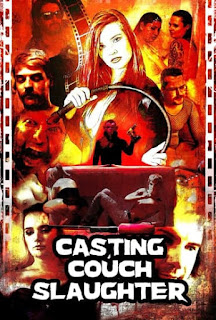 There's something fun about seeing a film title and knowing exactly what to expect and the film delivering on that promise. CASTING COUCH SLAUGHTER is that type of movie. 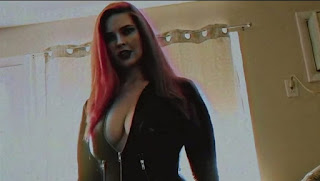 While there's lots of nudity and simulated sex to go along with the bloody violence there's also enough laughs to keep it light and airy. I never felt that CASTING COUCH SLAUGHTER was out to drag me down or be mean to anyone involved or the viewing audience. Without a misogynistic tone CASTING COUCH SLAUGHTER can be enjoyed without the weight of guilt that perhaps this movie is mean or degrading. 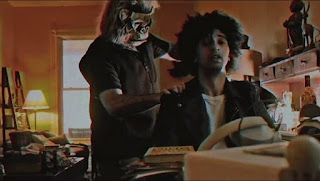 From a technical and performance stand point this one isn't going to blow you away or win any awards and in a part of the film world where overacting runs rampant there's actually more instances where I think the cast is underacting and could have turned it up a few notches. With that having been said, it's not a game breaker and the film remains entertaining. So if you're up for a movie that feels like it wouldn't be out of place on a video store shelf in 1987 with an eye catcing big-box VHS staring you down daring you to rent it then give CASTING COUCH SLAUGHTER a look.

Posted by Celluloid Terror (Seth Poulin) at 2:43 AM