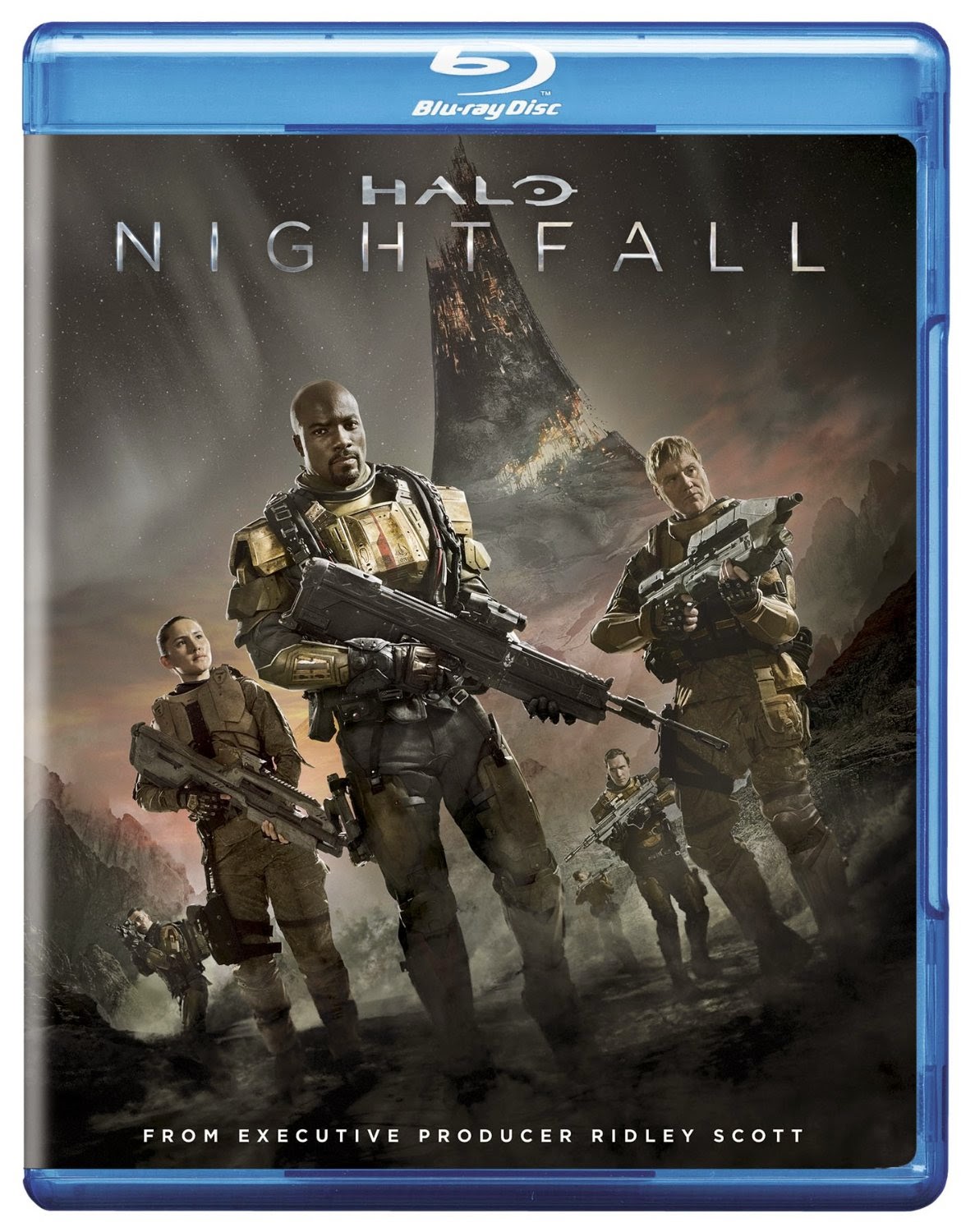 The Film
Agent Jameson Locke (Mike Colter) of the Office Of Naval Intelligence is investigating terroist activity on the planet of Sedra when his team of ONI agents and the innocent occupants of the colony fall under a biological attack that only affects humans. Locke must team up with Randall Aiken, a military commander and their squads must try to cooperate enough to stop a growing alien threat in a supposed time of peace on a highly dangerous alien planet.

I'm not a Halo fanboy by any means. I guess you could call me a very casual fan of the franchise. I've played some of the games and enjoyed them but never got caught up with the stories, expanded content or various series that spun off from the games. I actually didn't even realize HALO: NIGHTFALL was a series until after I watched it. This is a collection of five episodes that has been edited into a feature length film. With only a passing knowledge of Halo I can say I mostly enjoyed the movie for that military driven science fiction film it is. The acting is solid and the locations are quite attractive and interesting to look at.

The writing is a bit cookie cutter with generic characters and plot devices that aren't uncommon in the genre but they are executed well enough that the movie doesn't suffer too much. NIGHTFALL will fill in the gap of events between the Halo 4 and Halo 5 video games and for that fact alone is worth checking out for more serious fans.

The Audio & Video
Microsoft Studios gives HALO: NIGHTFALL a gorgeous 2.35:1 anamorphic widescreen transfer. Detail level is quite high and everything has a natural look to it without excessive DNR. Colors pop with a wonderful vividness and skin tones look fleshy and healthy. The 7.1 DTS-HD English audio track sounds brilliant with a perfect mix of tracks. It's boisterous when it needs to be and crystal clear when things are a bit more subtle. There's no background noise or annoyances.

The Extras
This disc has a nice selection of extras.

The Bottom Line
Halo fans will definitely want to check out HALO: NIGHTFALL and it will also appeal to a broader audience of Sci-fi fans.

HALO: NIGHTFALL is available HERE
Posted by Celluloid Terror (Seth Poulin) at 9:35 AM