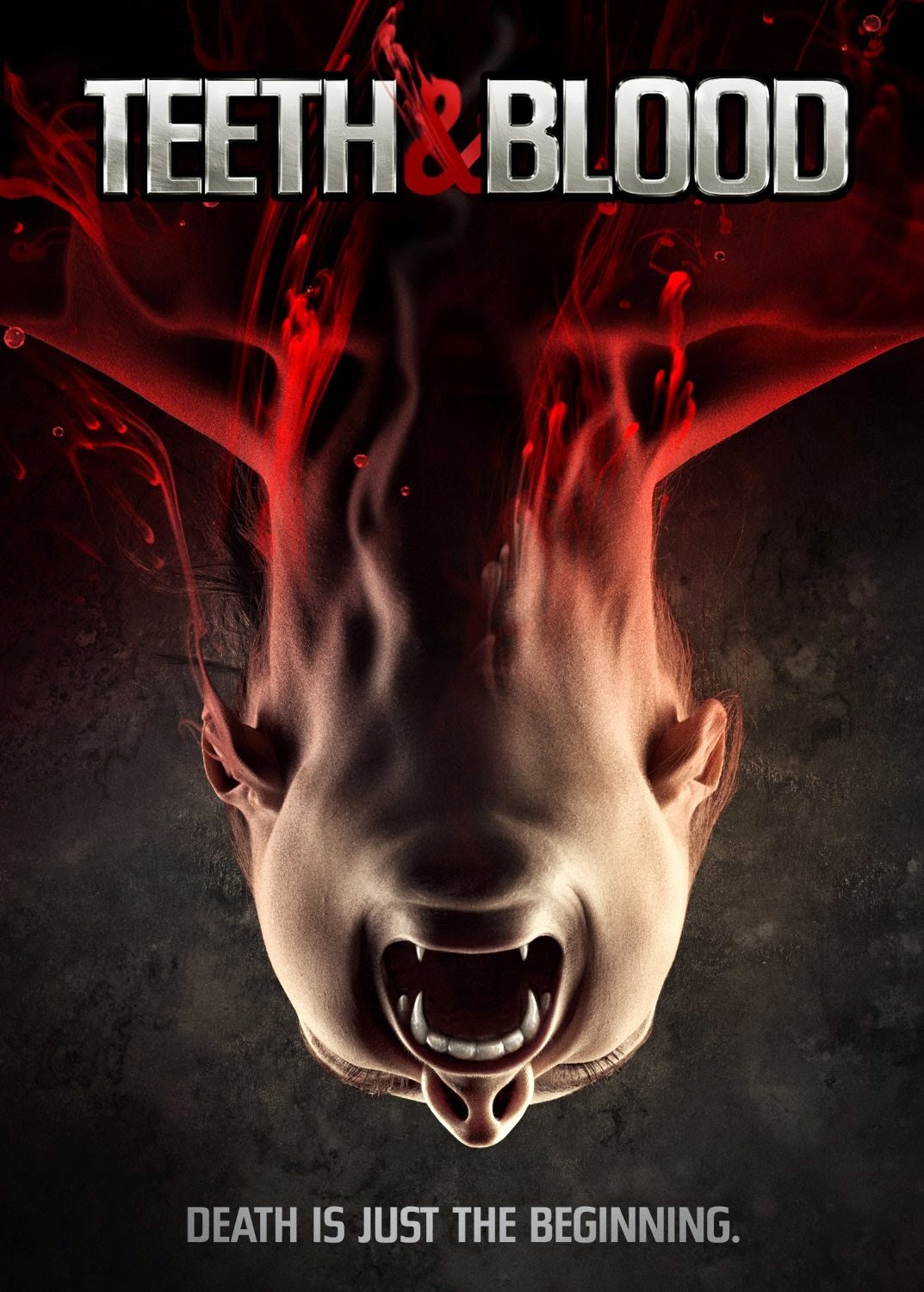 The Film
A beautiful actress is murdered on the set of a horror film and her body ends up missing. A pair of detectives go undercover as a grip and the new starlet of the film to investigate the murder and disappearance of the corpse. Meanwhile, the town's blood band supplies are rapidly depleting with no end in sight. As more bodies pile up the detectives find out that they're in the middle of a war between rival vampire clans.

Do you remember at the beginning of the 21st century, around 2001-2003, when there was a glut of poorly made direct to video horror films that were heavy with really shitty CGI effects because CG effects programs were finally widely available and affordable for independents? Yeah, that's what BLOOD & TEETH feels like. It feels extremely dated, more so than films two or three times its age, with its incredibly cheap looking CG glowing eyes and blood, rapid movement effects, and shadow/ghost effects. It was excusable for effects to look like this 12 or 13 years ago, but with effects programs getting better and better and remaining affordable there's no reason for it in 2015. It's as if they found an old PC running Windows 2000 with some old FX program installed and thought "jackpot!". 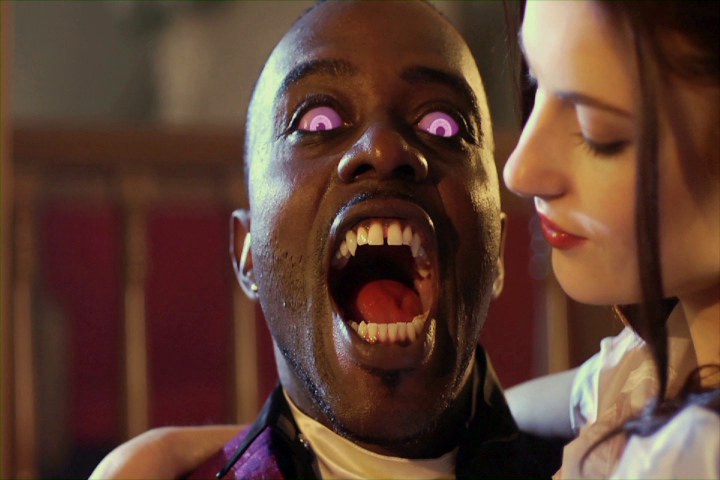 The acting in this movie isn't terrible, some camp and cheese aside the performances are tolerable. That said, even if you can beyond the awful special effects the writing totally lets down any upside the movie had in acting. The pair of detectives might be the most inept and unaware duo I've seen in any movie recently. They literally witness a murder in front of their own eyes and don't realize it. Oh boy. Had this movie been made in the years that it resembles you'd have found it for 99 cents at a Hollywood Video store closing sale and you'd feel ripped off when you got home and watched it.

The Audio & Video
Image/RLJ's transfer of TEETH & BLOOD looks okay. There's some compression issues scattered throughout the anamorphic widescreen (1.78:1) presentation but overall it's decent. Colors are strong and sharpness is average. The 5.1 Dolby Digital soundtrack sounds good with a clear and clean mix of dialogue and soundtrack. There's no damage or background noise to mention. 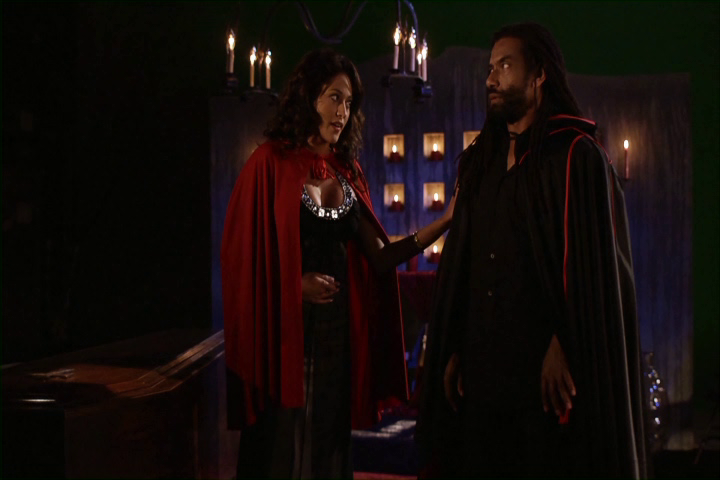 The Extras
As bare as bones can be. 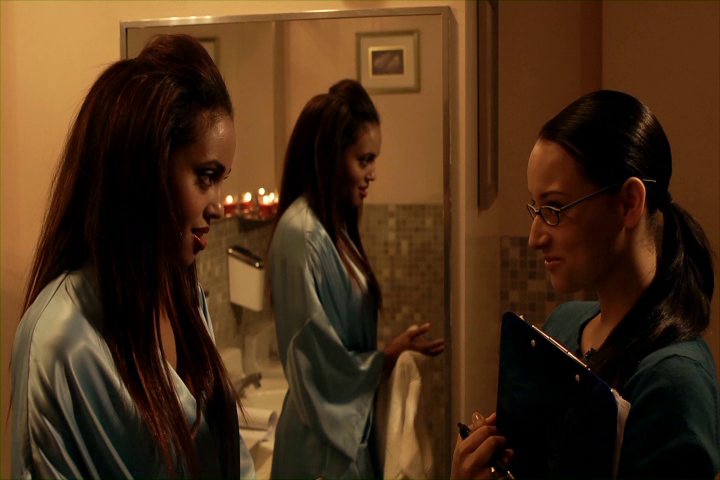 The Bottom Line
I'm not a fan and I cannot in good conscious recommend this title at all.