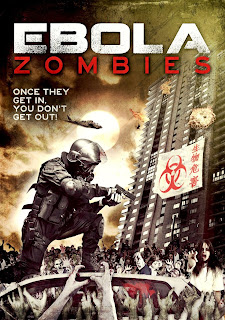 The Film
A crime organization breaks into an industrial complex to pull off a jewel heist but stumble upon a hidden lab where illegal and secret Ebola and SARS experiments are being done on stolen cadavers which are quickly transforming into zombies. What started as an attempt at getting rich quick has turned into a fight to escape with their lives.

Originally titled SARS ZOMBIES, I can only guess that the title was changed to cash in on the recent worldwide Ebola scare that has had a strangle hold on media headlines. I won't fault them for that but aside from the first few minutes of the film going overboard with in your face social commentary before anything involving the actual film even starts and then during the end credits a bit as well there's nothing going on within that makes it anymore socially conscious or aware than any other zombie movie. Sure there's a bit of a dialogue that mentions the diseases but it is inconsequential. 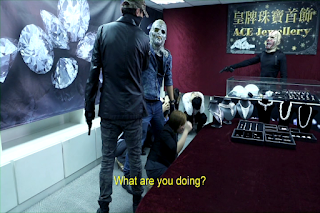 Luckily for the viewer the film doesn't fail because of that as there's plenty going on in the way of violent hand to hand combat, shootouts and zombie attacks. I don't know how to describe the style the film has any other way than to say it mimics the hyperactive look and feel that many other Asian genre films in this vein have had over the last decade. However the director gets a bit heavy handed with his use of slow motion during the fight scenes which hurts their momentum and flow at times.

The Audio & Video
Wild Eye Releasing gives the film an anamorphic widescreen transfer that features a sharp and clean picture with good color reproduction. The Cantonese audio track has English subtitles that are timed and translated properly. The quality of the audio is quite good with no damage to speak of and a nice crispness to the overall sound. 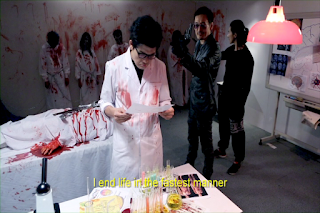 The Extras
A "making of" featurette is included along with a selection of trailers from other Wild Eye Releasing films. 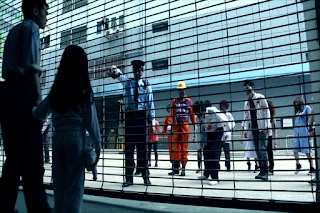 The Bottom Line
There's enough action and blood flying in this CAT III piece of genre filmmaking from debuting direcdtor Samuel Leong to satisfy zombie fans and despite its reliance on recent health scares in the title to potentially garner interest in the movie it is better than some other zombie movies I've seen from the last two years.