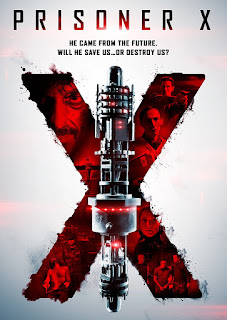 The Film
Political and social thrillers are usually more interesting when the film mirrors the day to day goings on in the real world. If the audience can identify on personal level with the plot and turmoil that is featured in the film they will immediately be drawn in to it. It is then up to the filmmakers to keep that interest. PRISONER X manages to do that.

The world is at war when a federal agent named Carmen Reese (Michelle Nolden) arrives at a secret facility to interrogate a prisoner with links and information to recent attacks on America but this man is one of 99 time travelers from the future that are causing worldwide attacks in order to create a new past that leads to the version of the future they want. PRISONER X was adapted from a novella by writer/director Gaurav Seth in what is his first film credit in over a decade and he proves he can make a decent minimalist thriller. PRISONER X relies more on performances and writing than it does on visual effects and action. While I did think the film worked I would have enjoyed a bit more excitement and flair as I was left a bit hungry for some more action to break things up inside the underground facility a bit more. 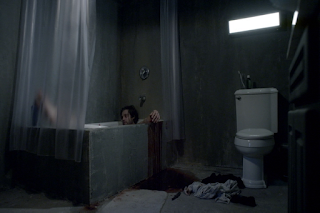 The performances are the strong point of PRISONER X led by Michelle Nolden the rest of the supporting cast holds up their end of the bargain just as well. A lesser ensemble performance would have left the film in dire straits as there is usually little to focus on but the performances and dialogue.  The time travel angle is handled skillfully making it easy to follow without sacrificing any finer details or ideas that often leave time travel plots feeling underdeveloped or overly confusing for no reason. By the end I wish there was more of an exciting or climatic payoff to come away with as that would have left me feeling much more satisfied with my viewing of PRISONER X but there's no taking away that in 2017, and seemingly more and more as each day passes, PRISONER X is a time traveling tale of science fiction that is sadly grounded in our every day reality.

The Audio & Video
The DVD release from RLJ Entertainment features a 1.78:1 anamorphic widescreen transfer that looks very good for a standard definition release. The picture is sharp and features nice detail. The visual design of the film makes for muted colors in the underground bunkers where grey walls surround the characters at almost all times. The 5.1 Dolby Digital mix sounds crisp and clear, free of any audible debris or background noise. There's not much in the way of special sound effects to really push the surround mix but that doesn't detract from an otherwise quality audio track. There is an option for closed captions as well. 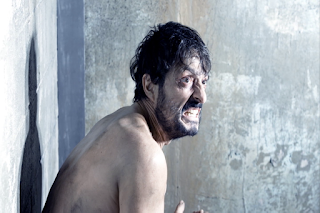 The Extras
A 9 minute behind-the-scenes featurette is the lone extra. 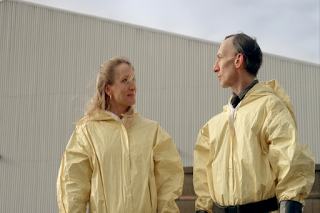 The Bottom Line
The strongest point for PRISONER X is its social relevancy that will make it a more interesting viewing experience than if it were released in previous decades with similar ideas. It is a solid time travel sci-fi terrorism thriller that fits perfectly in today's climate.