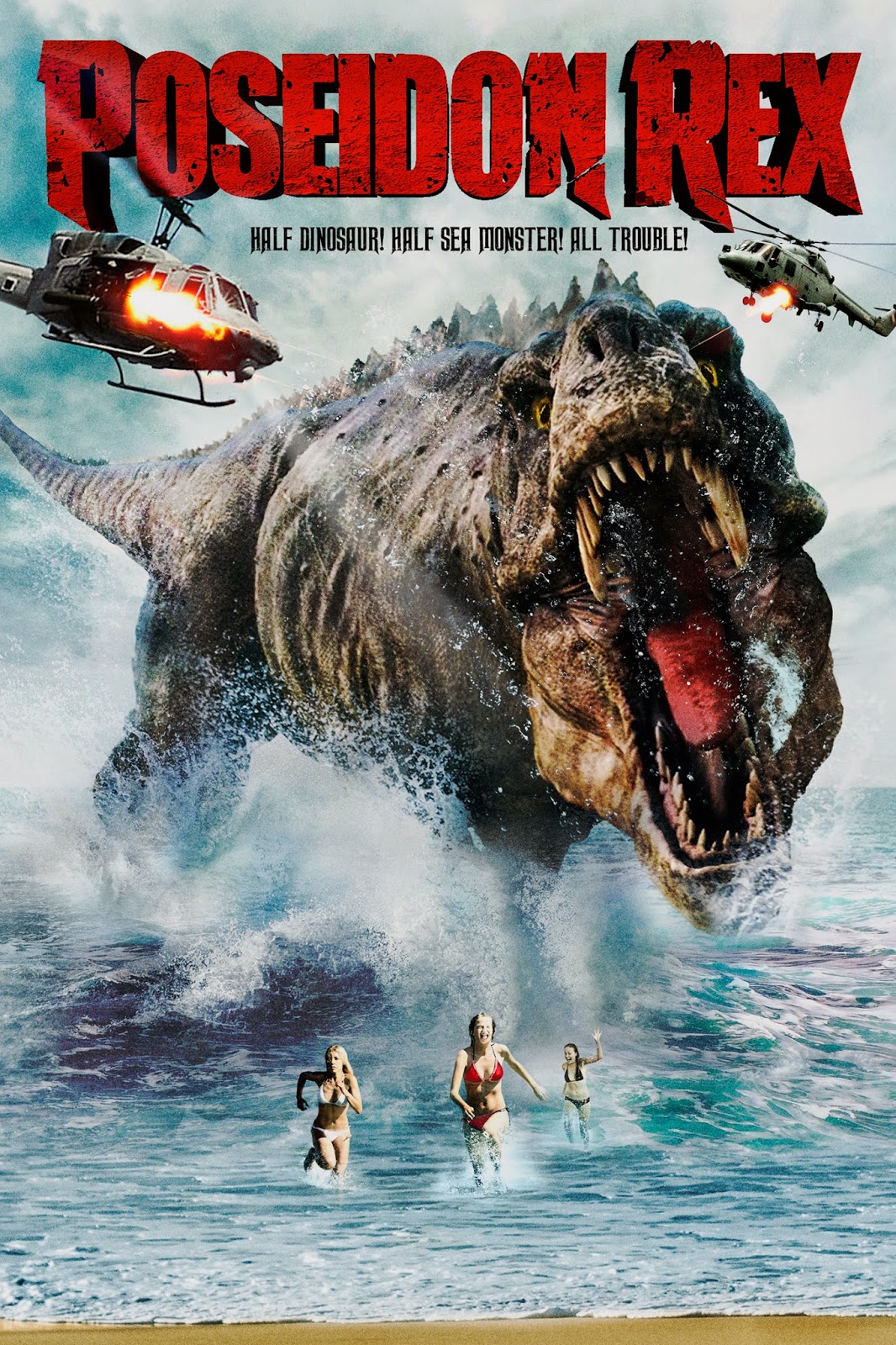 If you've been living under a rock for the last decade or so, you may have missed the resurgence in monster movie and creature features. These movies have been produced fast and cheap staying true to their roots. From theatrical releases to made-for-TV and straight to video they stretch the gamut from so bad they're good to so bad they're awful. The best take their modest budgets and know what to do with them, turning the script in to a campy cheese fest while the worst take themselves too damn seriously and fail miserably at pulling it off.

POSEIDON REX, just let that title sit with you for a minute. A water-dwelling version of the most famous dinosaur. Breathe that in for a second... not if you're underwater though. So what could the plot of a film with a title that piques your curiosity such as this be? Well it's a simple one really. A team of divers off the coast of Belize are searching for sunken treasure in an area known as The Blue Hole for a nasty crime boss. After detonating explosives within The Blue Hole they unwittingly awaken and free a prehistoric beast, and he's hungry... and pissed. The giant dinosaur begins gobbling up the divers and just about anything else in his path. A local scientist doing some studies in The Blue Hole gets involved with the surviving diver, along with some others on vacation and try to survive the attacks from POSEIDON REX, who proves he is very much a reptile and can do even more damage on land and attempt to reach an abandoned military base to send the ancient beast to hell.

Boys and girls, call your friends, get a case of beer, and some popcorn, POSEIDON REX has awoken and is ready for you to create a drinking game and have a blast. This movie is ridiculous in the best way. Hokey, cheesy and campy.  Director Mark L. Lester has done it all in movie making, from directing a blockbuster action film in Commando, to the cult classic Class Of 1984, to working with comic legend John Candy on the vastly underrated Armed & Dangerous, he's no stranger to working with big names. He also isn't a stranger to the new breed of monster movies as he directed 2005's Pterodactyl, which is worth seeing for Coolio's performance alone. Lester has been making entertaining movies for 5 decades, and while not all of these movies will go down in history as art, even his highest quality work like Class Of 1984 has high entertainment value on top of being an important movie. POSEIDON REX isn't going to inform you of important social issues, and doesn't feature Oscar worthy performances. Instead it, it stays true to itself and doesn't want to be something it's not.

And that dear reader is a fun movie about a goddamn POSEIDON REX.