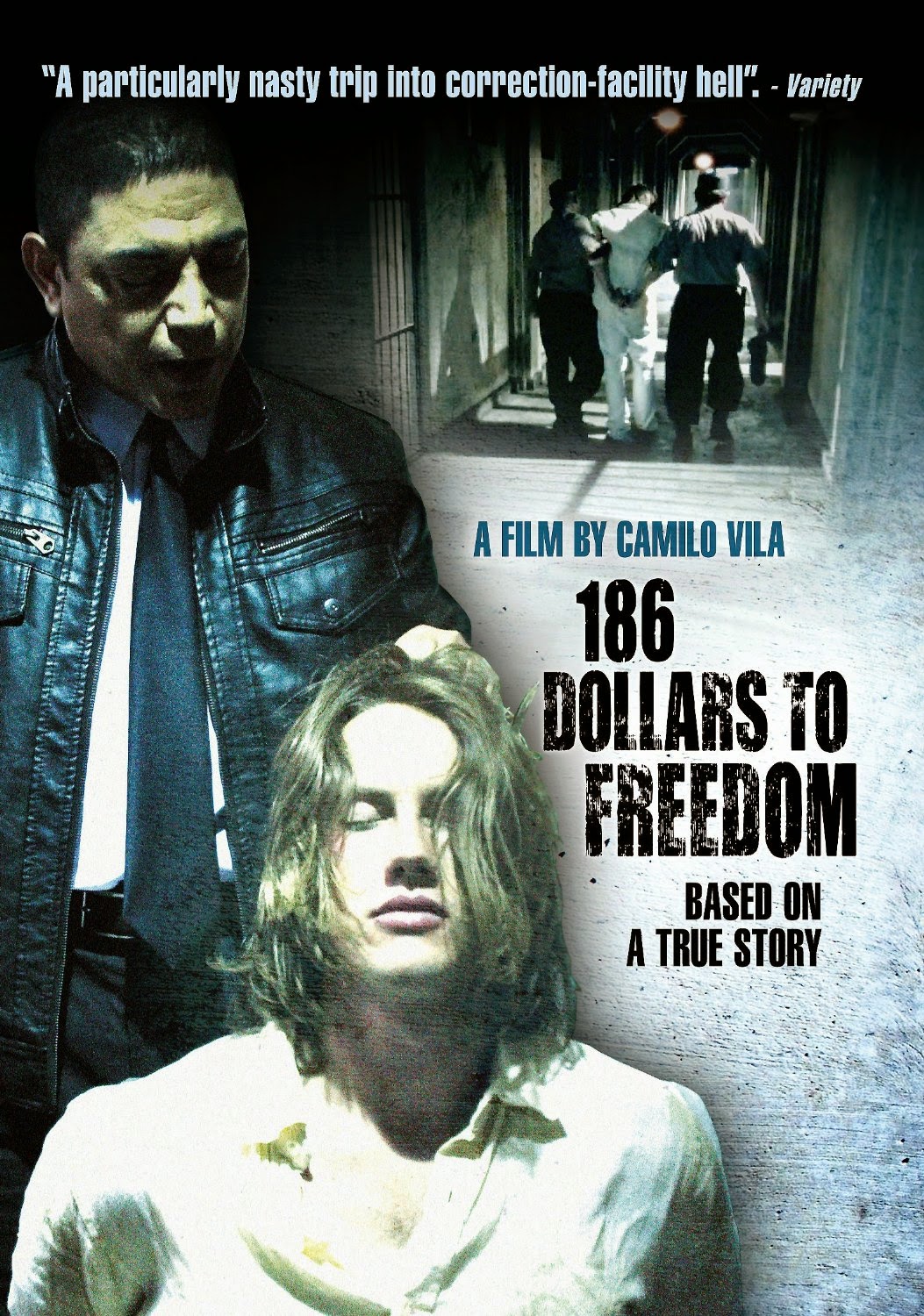 The Film
Wayne Montgomery is a teacher and surfer who relocates to Peru in 1980 for the amazing waves. While there he makes a few friends and even finds love before he's picked up by local authorities for working on an expired work visa. This minor offense quickly turns into something more serious when Wayne flees custody due to fear and the cops plant a large amount of cocaine on him which could land him in prison for a long long time. Refusing to pay off the corrupt authorities, Wayne is sent to the infamous El Sexto prison where he meets a group of men who do their best to make their time in the prison a home and productive including a fellow teacher and a Hare Krishna. Wayne is beaten, tortured and violated until he's sent to a more secluded confinement and has only one chance to escape after a giant prison riot breaks out, mimicking the social unrest on the streets of Lima. 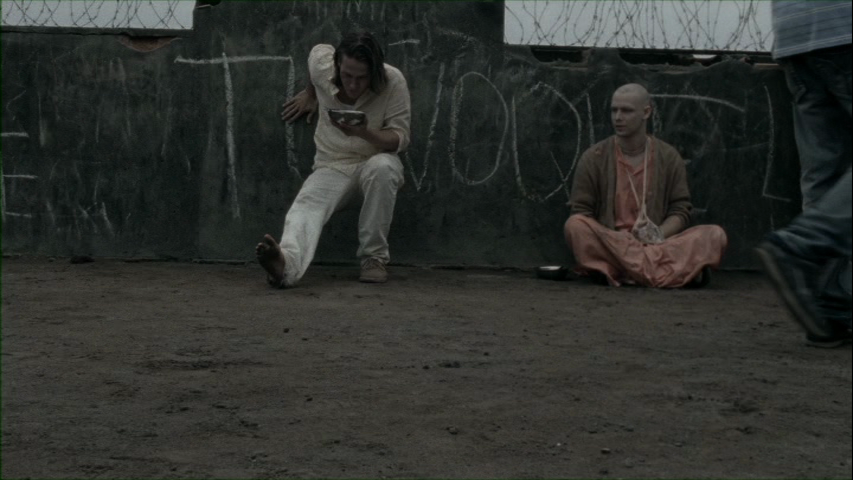 186 DOLLARS TO FREEDOM is based on the true story of Wayne Montgomery and from what I can tell is pretty faithful. The protests and unrest in the country of Peru at the time of Montgomery's incarceration were based around an upcoming democratic vote, their first in 15 years, and a lengthy strike by public school teachers. This film comments on the corruption and general uneasiness of the country as they try to take a step forward into a more stable society. It is also a much more personal story of a man that refused to admit guilt to a crime he didn't commit or to drag his family in to the situation learning just how nasty the world can be while also learning the love and beauty the people inside the nasty world can give.

This film features some great performances and memorable character interactions and is definitely worth your time.

The Audio & Video
Blairwood Entertainment give this 2011 film a deserving home on DVD. The anamorphic widescreen transfer has a specific gray look to it that lends a hand in keeping a damper tone. Other colors looks good in objects such as clothing and flowers. The print is clean and damage free. A solid looking DVD overall. The audio, which is a mix between English and Spanish features English subtitles for the Spanish speaking parts and sounds good overall. The audio is very clear and without any popping, crackling or other annoying damage. The subtitles are nicely translated and perfectly timed. 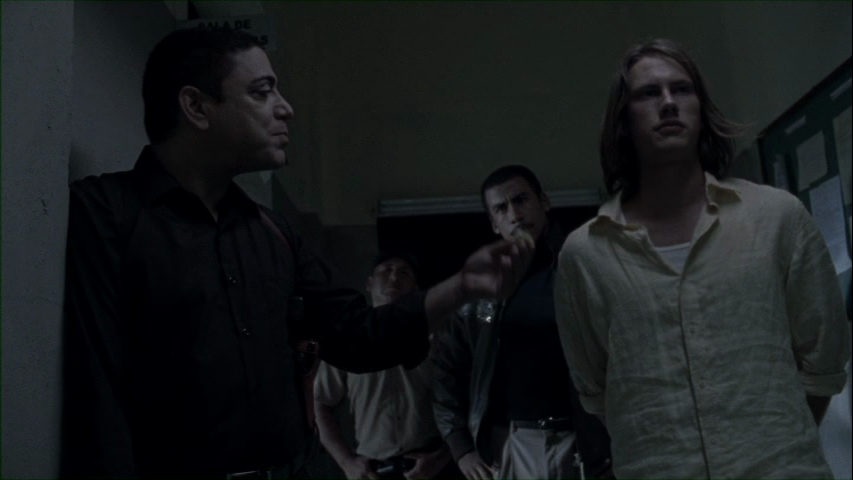 The Extras
Despite the back cover not listing any special features the disc actually has a pretty impressive array of them...
-Audio Commentary with the writer and director
-Deleted scenes
-Story boards
-Stills gallery
-Original casting
-Original trailer
-Promo reel 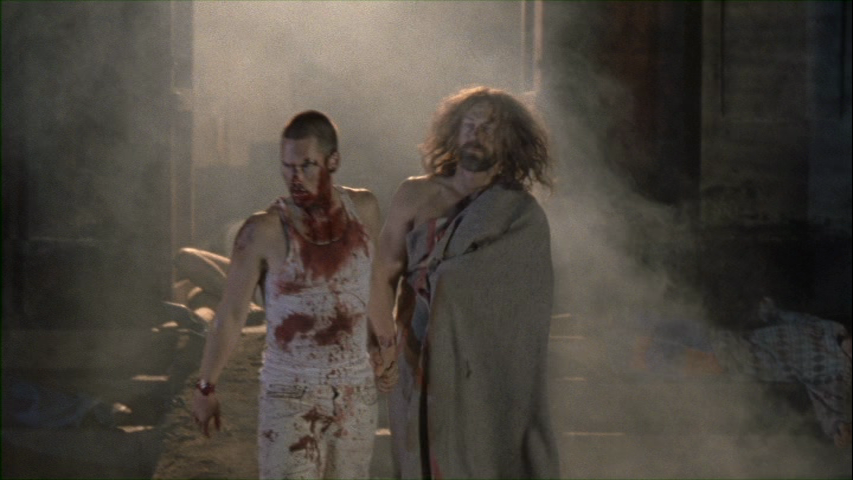 The Bottom Line
186 DOLLARS TO FREEDOM is at the very least an entertaining and well performed international prison drama film akin to movies like Brokedown Palace. It never quite reaches the level of political and social commentary that it strives for which is perhaps due to the filmmakers cutting out almost the entire true first act for the sake of a tighter and possibly altogether better film. It would be interesting to see the full cut of the film to see if the commentary is stronger and the film more powerful but an extra hour in length would have certainly dragged this one out.