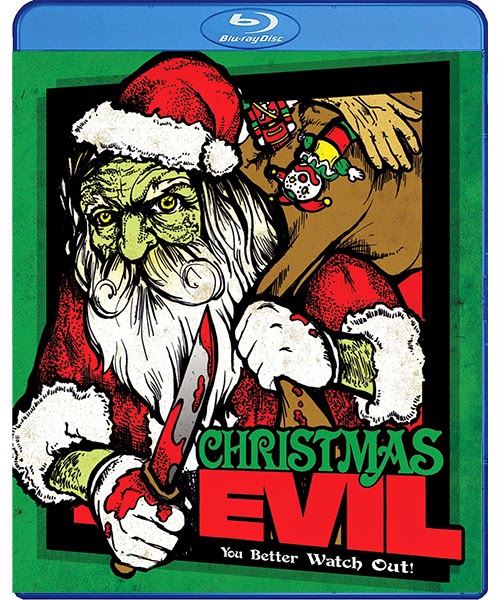 The Film
Santa comes down your chimney to deliver a sack full of gifts under the tree and to stuff your stocking with candy and toys. He notices you watching and gives you a friendly little wink. Shortly after you catch the big guy from the North Pole putting the moves on your mom and he has his face buried between her legs. Can you think of anything seedier? Well CHRISTMAS EVIL goes there and beyond.

As a child Harry witnesses that raunchiness happen and years later, as a full grown man he's obsessed with Christmas. His apartment is covered in holiday decor, he spies on neighborhood children keeping detailed "Naughty" and "Nice" books just like Santa would and even works in a toy factory. Harry's fragile mind suffers a bit of a meltdown when he is used for free labor by a co-worker and realizes everyone thinks he is a bit of a nut job. Harry goes into full "Santa Mode" by painting his work van like a sleigh, donning the outfit and fulfilling his lists of "nice" and punishing the "naughty" before he escapes in one of the most surreal ending ever committed to film. 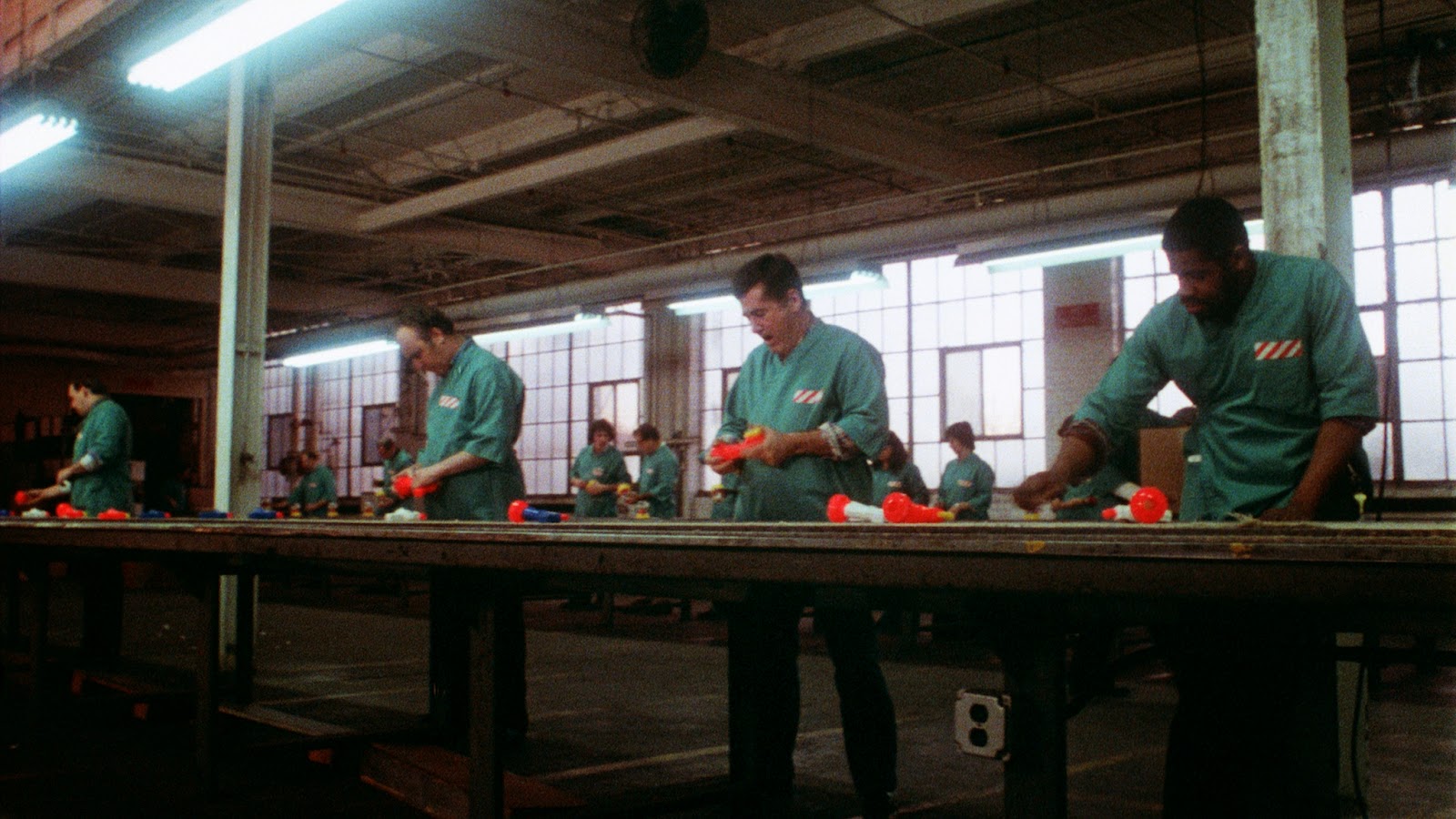 CHRISTMAS EVIL is a brilliantly disturbing piece of holiday cinema. Director Lewis Jackson fully captures the darker side to the holiday where adults party, get drunk and sort of hate their lives while they wait for the cold months to pass. He also captures the innocence of the child's mind as the children love the happy-go-lucky, whimsical Harry who is obsessed with Yuletide cheer, and even defend him as he is in the middle of his murderous rampage. Santa Claus is a symbol of innocence and happiness and it is easy for the kids to see nothing but that in the obviously disturbed face of Harry. You don't have to look beyond that to see the sheer brilliance in this film.

The acting, including Jeffrey DeMunn who plays Harry's brother and went on to be an alumni of the hit TV series The Walking Dead, is pretty damn spot on. A first time viewing of the film should leave the audience with a somewhat bewildered smile on their face that shows their appreciation for not quite knowing what they've just watched. Yes, CHRISTMAS EVIL is a horror film, but You Better Watch Out (original title reference/pun!) if you think that is all it has to offer. The ending is quite obviously a trip in to the mind of our deranged antagonist Harry, but it serves well on more than one level.

The Audio & Video
Vinegar Syndrome keeps the film's original aspect ratio with their 1.85:1 anamorphic widescreen, 4K transfer. The transfer is an overall improvement to even the best DVD releases this film has received but could be stronger. The image quality is on the softer side for much of the film, leaving the sharpness and overall detail quality a bit below exceptional quality. That isn't to say that the transfer is weak, because with improved detail in skin tone and closeups on faces and textures along with colors that pop just enough without burning too hot the Blu-ray is an upgrade. It just doesn't bring the "wow factor" that VS has become known for, especially given this disc's 4K treatment.

The lone audio option is a DTS-HD Master Audio Mono track that sounds excellent. There's no issues with distortions, hiccups or other damage to the track here. The dialogue and score compliment each other nicely and the audio side to this disc probably couldn't have been handled any better. 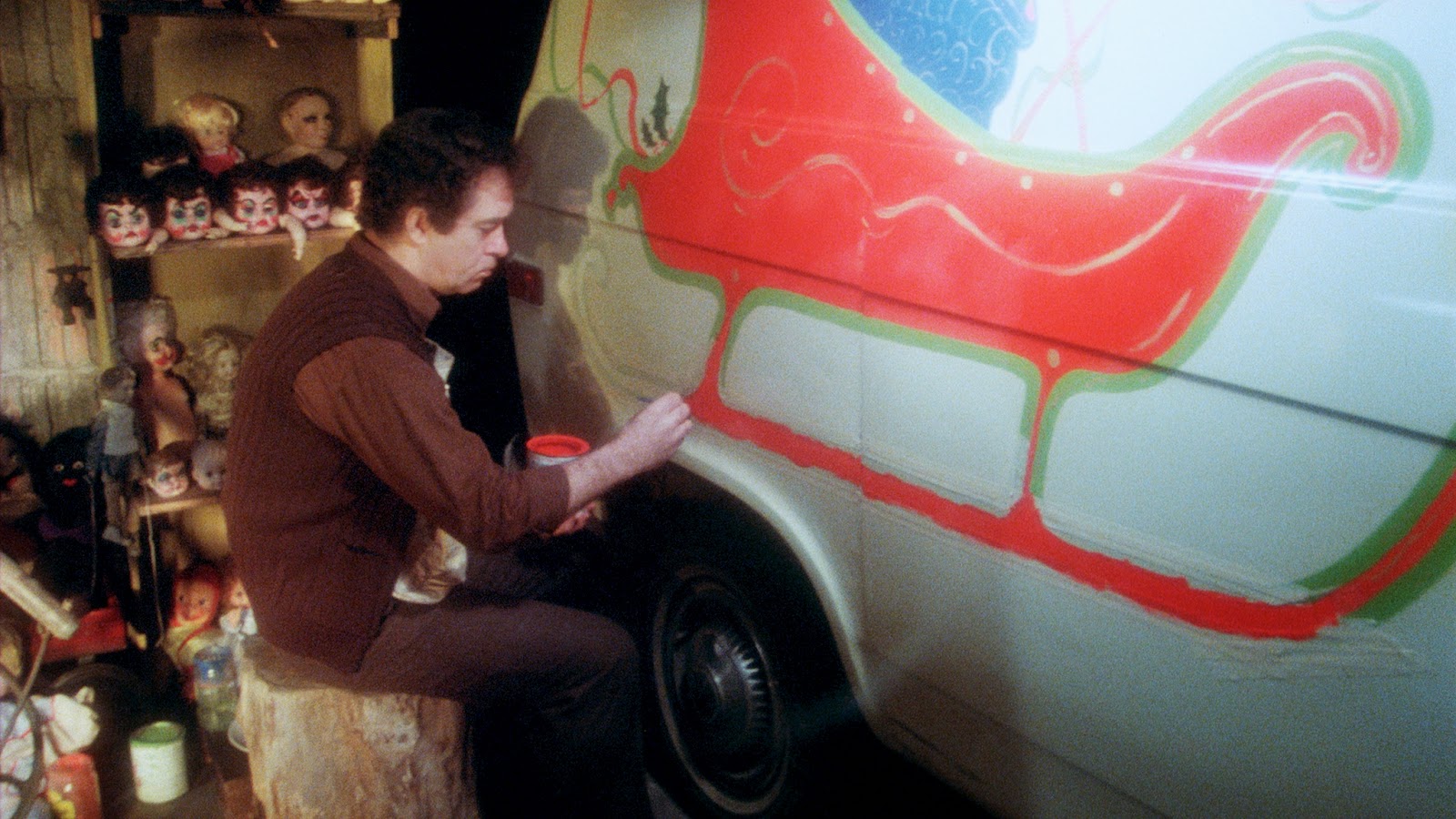 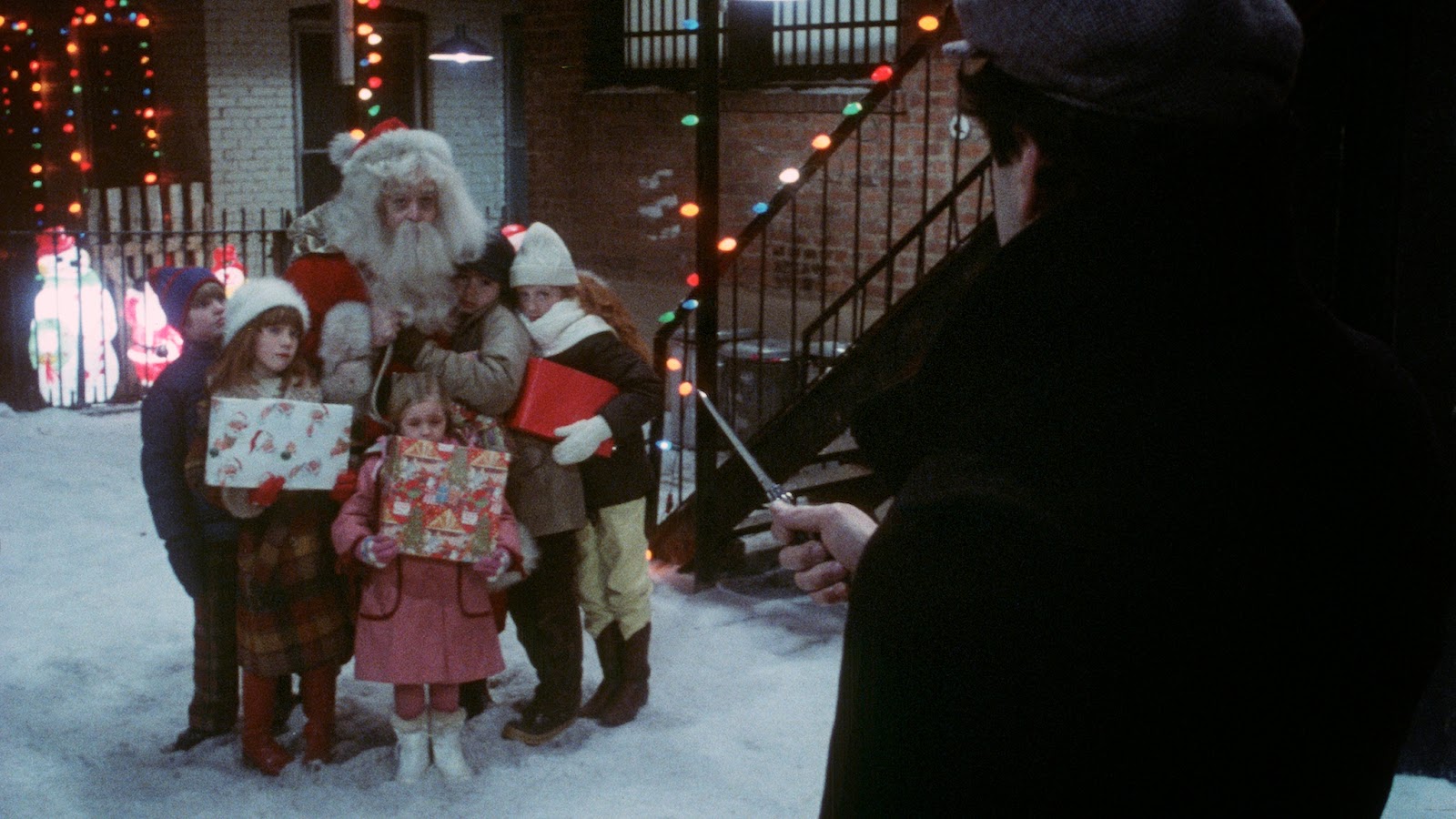 The Bottom Line
I don't know if it is the Baltimore in me or what, but like John Waters, CHRISTMAS EVIL has been my favorite Christmas movie since my first viewing of it years ago. My love for this movie only grows stronger with each viewing as it somehow manages to get a little bit stranger with each viewing. This Blu-ray from Vinegar Syndrome may not be a mind blowing revelation for the film but it is the best the movie has looked on home video and features artwork that reminds me of the Krampus (which is always a good thing) and ports over all of the extras from previous releases. This is the best release on the market for this strange, seedy and special holiday film.