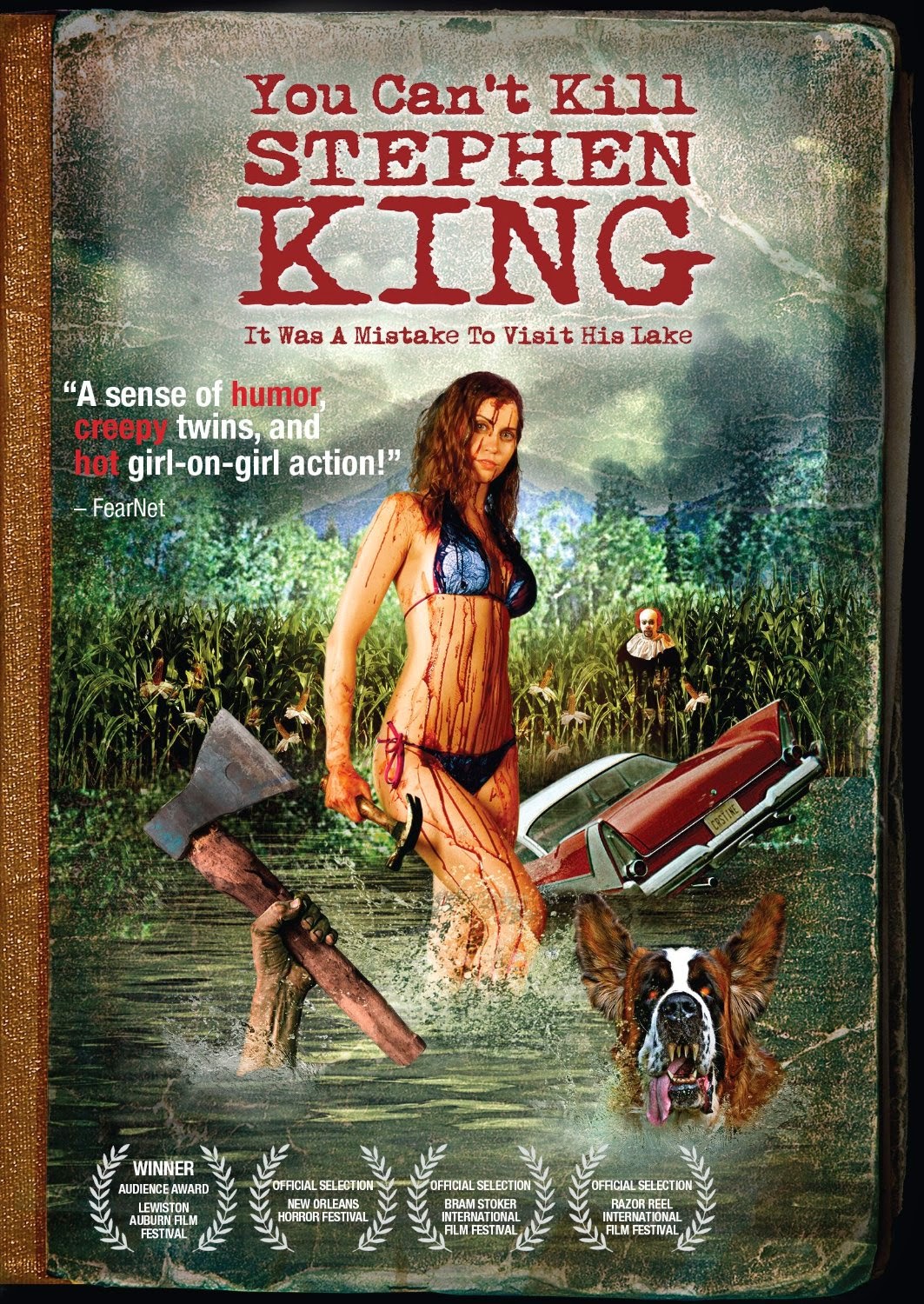 The Film
A group of friends take a summer trip to the lakeside hometown of horror author Stephen King. This diverse group of friends, including one die hard King fan, make their way to the town and quickly discover this quiet community is a bit odd when their stop for some food at the town diner ends with a little girl and her mother getting kicked out for accidentally breaking a glass and later being told by the local police to not have too much fun while on the lake. Unfortunately for the group someone is killing them off in situations that are eerily close to the stories of Stephen King. The group tries to survive long enough to discover who is killing them and hopefully make it out alive. Could Stephen King himself be responsible for the grisly murders?

YOU CAN'T KILL STEPHEN KING is a pretty entertaining slasher film overall. The characters are largely likeable despite some quirks in their personalities and the locals are weird enough to be convincing. There's a proper amount of camp and cheese here but it all boils down to being a solid homage to the horror author himself. While King may have never written a standard slasher he is the focal point to a decent one here that is full of blood and gore. The only thing really missing was nudity, not that we're short of babes running around in bikinis. 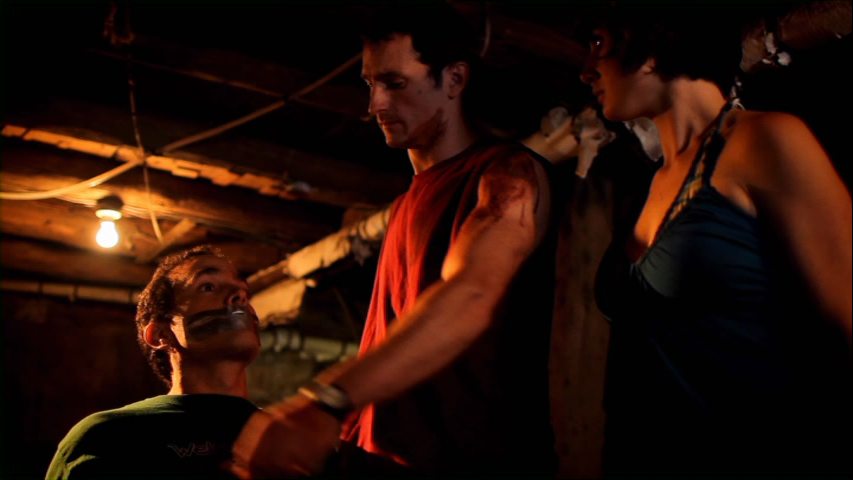 YOU CAN'T KILL STEPHEN KING but I can say that this movie will probably divide horror fans. There will be some that think it is a substandard body count film and others will appreciate the King references and the genuine energy put in to the making of this. I'm with the latter.

The Audio & Video
The DVD looks pretty good. The 16x9 transfer has vibrant and lively colors, while handling dark levels pretty well. Skin tones look good and it is reasonably sharp. The English audio track is crisp, clear and free of any background noise or damage. It is interesting to note that the packaging and the disc itself both note this as "DVD-R" format but it is quite obviously a factory pressed disc and not a burn. 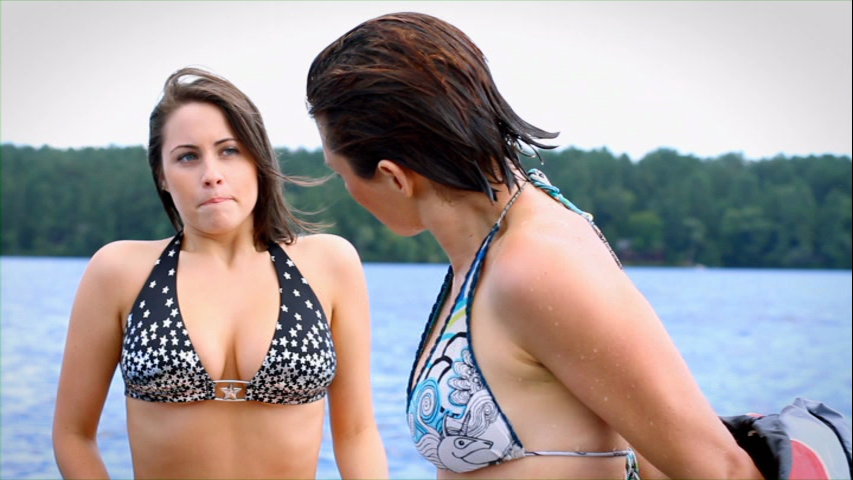 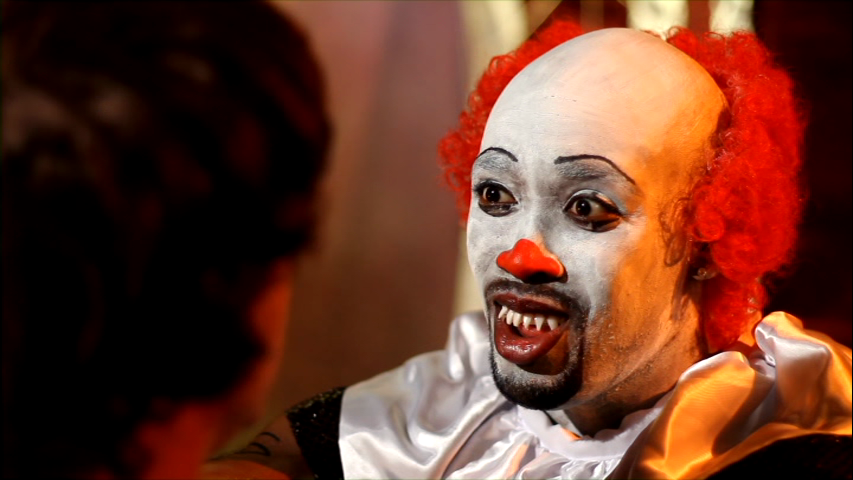 The Bottom Line
YOU CAN'T KILL STEPHEN KING is not breaking new ground and it won't become any sort of classic but it does make for an entertaining viewing and a heartfelt love letter to the master of horror fiction. Recommended and a bit more highly recommended for big fans of Stephen King's works.