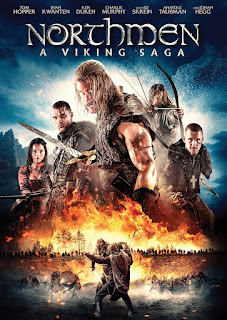 The Film
A group of vikings wash ashore in Scotland after their longship sinks in rough waters. Immediately having to fight the group is able to capture the king's daughter and plans to hold her ransom to buy their freedom. After learning that the warriors the king sent out to retrieve his daughter may have other motives than retrieving his daughter, the vikings, a christian monk and the princess have to fight their way across the land for their escape and survival.

I'm a sucker for any sort of viking or middle ages knight and king fantasy adventure and NORTHMEN: A VIKING SAGA is one of the better ones I've seen in recent years. Director Claudio Fah really captures the intensely violent and beautifully choreographed action with skill and without a heavy hand towards annoying slow motion. The movie was filmed on location in South Africa and Ireland and the settings are expansive and gorgeous. I never once questioned that this was Scotland around the time of the Dark Ages. 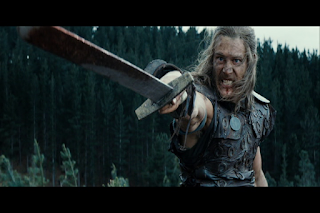 NORTHMEN is filled with all of the pre-requisites in a viking movie- talk of Valhalla, debates with Christians over religion, burning their fallen comrade and so on. There's no raping or pillaging here. Our protagonists' valor and honor is never in question and it is a refreshing change to see the vikings presented in a positive light instead of the typical story of a Christian army battling the invading viking savages.

I can't overstate how violent and purely brutal this film is. It never enters the realm of corny or cheesy which plagues many fantasy films of the ilk. There's a bit of CGI used for bigger scale moments but it is rendered decently and doesn't stick out too bad. There's also a decent story here but not one that we haven't seen a hundred times and not one that needs digging into too deeply.

NORTHMEN is credits to credits fantasy action not for the faint of heart and is more entertaining and better made than many similar films.

The Audio & Video
Anchor Bay gives NORTHMEN its home video release in the USA with a 2.40:1 anamorphic widescreen transfer that looks quite good. The film has an intentional cold look and tone and the color palette backs that up. You won't see lush greens and bright vibrant yellows here, instead you get cold hard grays and dirty browns. The film has a great look and the disc represents that nicely. The English audio is handled with 5.1 Dolby Digital track and sounds very good. There's no damage or background noise and the track is crisp and clear. 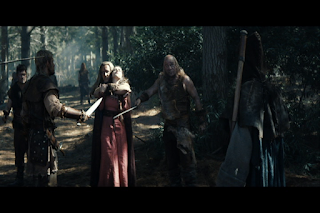 The Extras
-Northmen: A Look Inside A Viking Saga - A 12 minute behind the scenes featurette 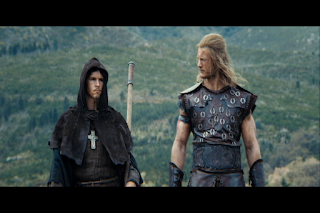 The Bottom Line
Awesome, entertaining fantasy adventure packed with epic violence and good performances top to bottom. Get the popcorn and the beer stein out, blow your viking horn to call your friends over and have fun with this one.