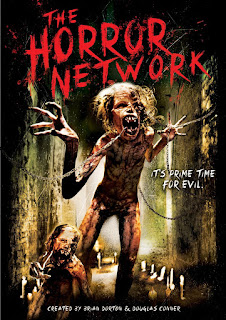 
The Film
THE HORROR NETWORK is an anthology film of five unrelated stories featuring different aspects of the horror genre.

3:00 AM
A short centered around a woman who has been receiving prank phone calls and investigates a noise she hears in the middle of the night. The suspenseful tone is what progresses this short forward but it is one that should have appeared toward the middle of the film and not what should start us off. Decent but a bit underwhelming in its execution and production.

Edward
A psyhcologically driven story about a psychiatrist and his patient who has night terrors about his mother and a shadow man along with the feeling of a split personality. A couple of light scares and a gross out moment. The acting is passable but heavy handed at times. I think this chapter would be better suited slowing things down after a balls to the wall segment.

The Quiet
The tale of a young deaf schoolgirl that is stalked after she steps off of her school bus that immediately thrusts the viewer and listener into a world of fear felt by the young girl as she runs for her life without the advantage of being able to hear her surroundings. It's none the less tragic in that we know the outcome is inevitable. 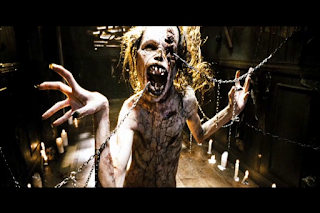 Merry Little Christmas
Plot is of little consequence when discussing this short. It is easily the most skillfully made, most graphic and best short of the film. The film features a simply disgusting and despicable scene of rape that will stay with the viewer as the rape scene in Irreversible does. It may not be as drawn out as Irreversible's but it is deplorable. It also features the best special effects and most memorable visuals that give Hellraiser's Cenobites a run for their money. I'd love to see a bigger budget full length version of this.

The Deviant One
Presented in black and white without dialogue but almost narrated by bible passages, this entry is a weak way to end, despite being an interesting and welcomed change of delivery. I don't care for the entry itself but it would fit much better in the middle of the film, letting the heavy hitter and visual feast that is Merry Little Christmas round out the film.

The Audio & Video
Wild Eye Releasing brings THE HORROR NETWORK into your home on DVD. Picture quality fluctuates a bit over the different productions as you'd expect but it always looks quite good. The anamorphic widescreen transfer has a clean and crisp image with strong colors and deep black levels. The audio is crystal clear and the foreign language entry has nicely translated and perfectly timed subtitles. There's no distortion, fluctuations or background noise. 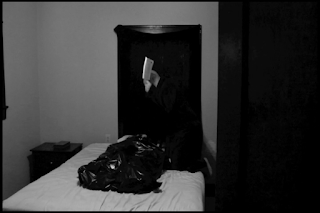 The Extras
-Extended Cut of The Deviant One
-Image Gallery
-Trailers 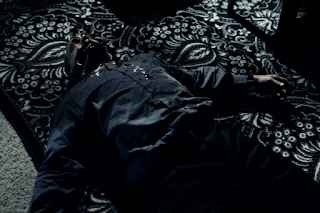 The Bottom Line
I love a good anthology film and while THE HORROR NETWORK isn't a home run it is worth picking up for Merry Little Christmas short alone. The rest is a bonus.