In The Land Of The Cannibals (DVD Review) - Intervision 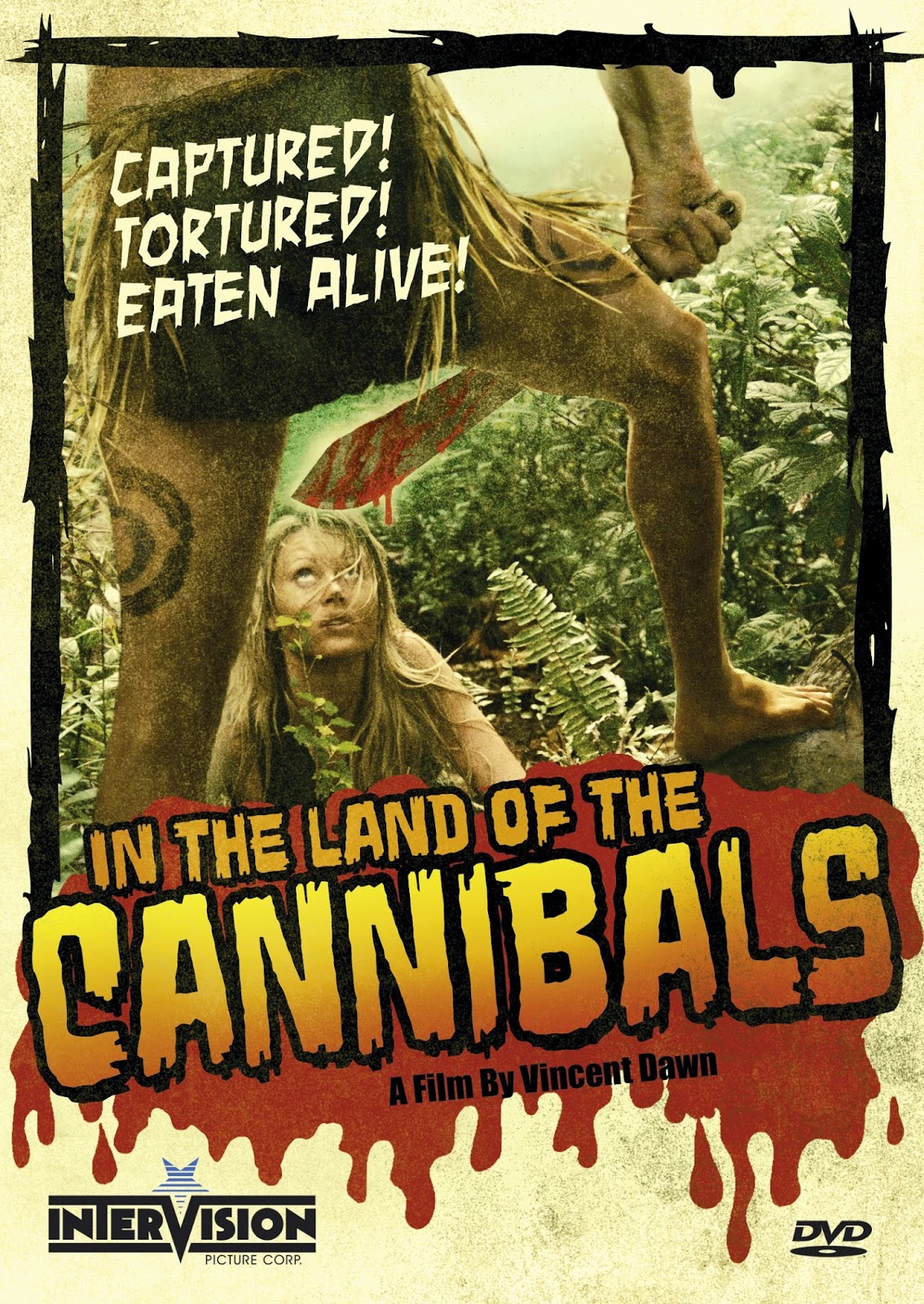 The Film
A team of commandos head into the jungles of Brazil to rescue a politician's daughter who has been kidnapped by a cannibal tribe deep within. This team of hotheaded stereotypes joins up with a couple of locals including a guide and a man that looks to have been a person of a jungle tribe at one time or another. The teams heads in to the jungle armed to the teeth with a prisoner of their own to lead them to the tribe but quickly find that all of the combat training and automatic rifles in the world couldn't prepare them for the horrors found in these jungles.

IN THE LAND OF THE CANNIBALS is a modern day piece of sleaze that is straight out of the late 70s/early 80s cannibal film cycle that quickly rose to prominence in Italy. Filmed in the Philippines, Mattei uses his location to his advantage getting some great location shots, despite not really showing anything inherently terrifying about the jungles such as snakes, spiders or other dangerous wildlife until later in the film. The first half of the film not only feels like, but is a cheap retread of Cannibal Holocaust, undoubtedly the king of cannibal exploitation. Ruggero Deodato's classic scenes are ripped off one by one and I counted no less than a half dozen such scenes until I finally gave up and just watched the rest of the movie. I wouldn't say it hurt the film as IN THE LAND OF THE CANNIBALS isn't a particularly strong film either way, but it certainly made you realize just how cheap this movie really is. 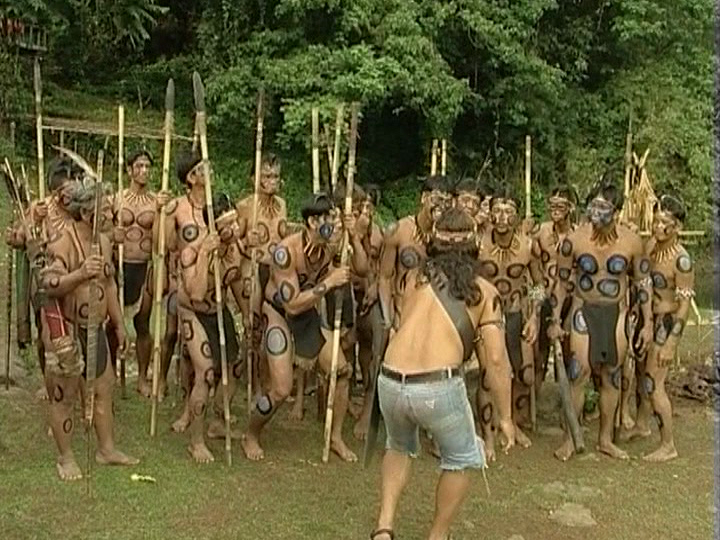 Bruno Mattei is no stranger to cheap movies. Many of his films have ripped off far more impressive films in one way or another but that doesn't make me less of a fan. It just shows an exploitation filmmaker being exploitative, for better or worse. It almost gives me a laugh thinking about it. IN THE LAND OF THE CANNIBALS is pretty action packed however, with plenty of shoot outs, gory cannibal corpses, and all of the classic tropes of the genre you'd expect. Yes, even a snake meets its maker at one point which is a bit upsetting as this isn't the 1970s anymore when it could be argued that it would be a bit more acceptable. I'm not one to get up in arms about the animal cruelty in these types of cannibal horror films and I'll go as far as saying I think watching Cannibal Holocaust with the "Cruelty Free" version is sacrilege but those were different times in different circumstances. I highly doubt the cast of this film ate the snake that was brutalized in this film. If I'm wrong so be it.

Alas, that is the type of film we're dealing with. IN THE LAND OF THE CANNIBALS is nothing more than cheap entertainment at its best, a ripoff of better films and the going for the wrong side of exploitation filmmaking but I can't say I didn't enjoy it for what it was- cheap, sleazy and of questionable nature.

The Audio & Video
This movie was shot on decent quality digital cameras that seem to be a bit above typical consumer level cameras of the time but nothing I'd venture to call "professional level" equipment. Intervision Picture Corp. has released the debut DVD in a 1.33:1 full frame aspect ratio that seems to be the original filming aspect ratio. The picture has a good sharpness to it taking in to consideration the equipment used along with solid detail levels and color representation. It certainly isn't film but I can't really complain about the PQ too much. The audio track, a 2.0 English dub track as Mattei didn't film with live sound,  which is probably for the best, sounds good with no background noise or audio hiccups (obviously). A live audio track would have meant dealing with all of the distractions present while filming and the Italian film industry classically didn't film with live sound so I think of it as a nice little throwback to the heyday of these cannibal films. 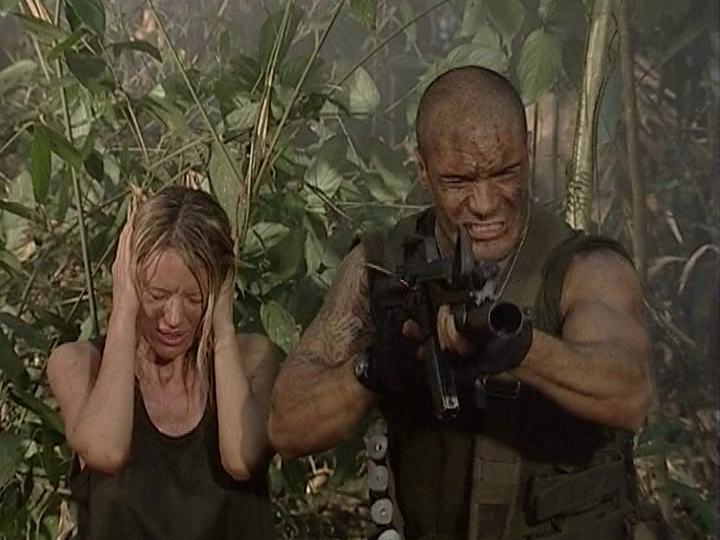 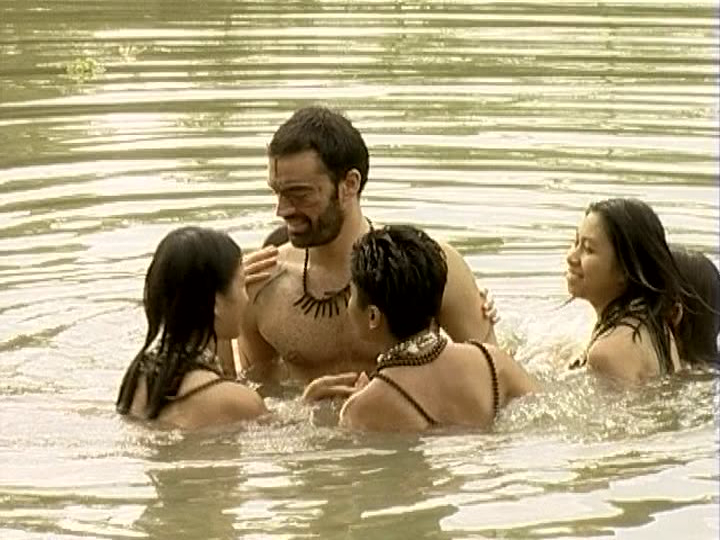 The Bottom Line
This cheap ripoff of classic exploitation does hold some value as time wasting entertainment. It provides enough gore and guts to satisfy the appetites of fans of the messy stuff. Recommended for die hard fans of jungle horror.

IN THE LAND OF THE CANNIBALS is available HERE
Posted by Celluloid Terror (Seth Poulin) at 8:13 PM