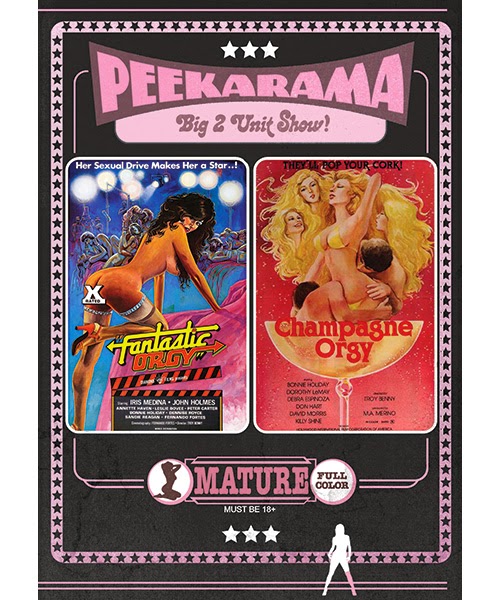 The Films
In FANTASTIC ORGY a woman takes on a job with an adult film production team and through voice over narration tells us of her longing to have sex with the legendary John Holmes. As she arrives on set for her work she begins to get all hot and bothered by the action going on in front of the camera and begins to pleasure herself while still giving us the narration about how she wants to suck and fuck everyone. Eventually her dream of John Holmes comes true and she tells us about how she's climaxing over and over. 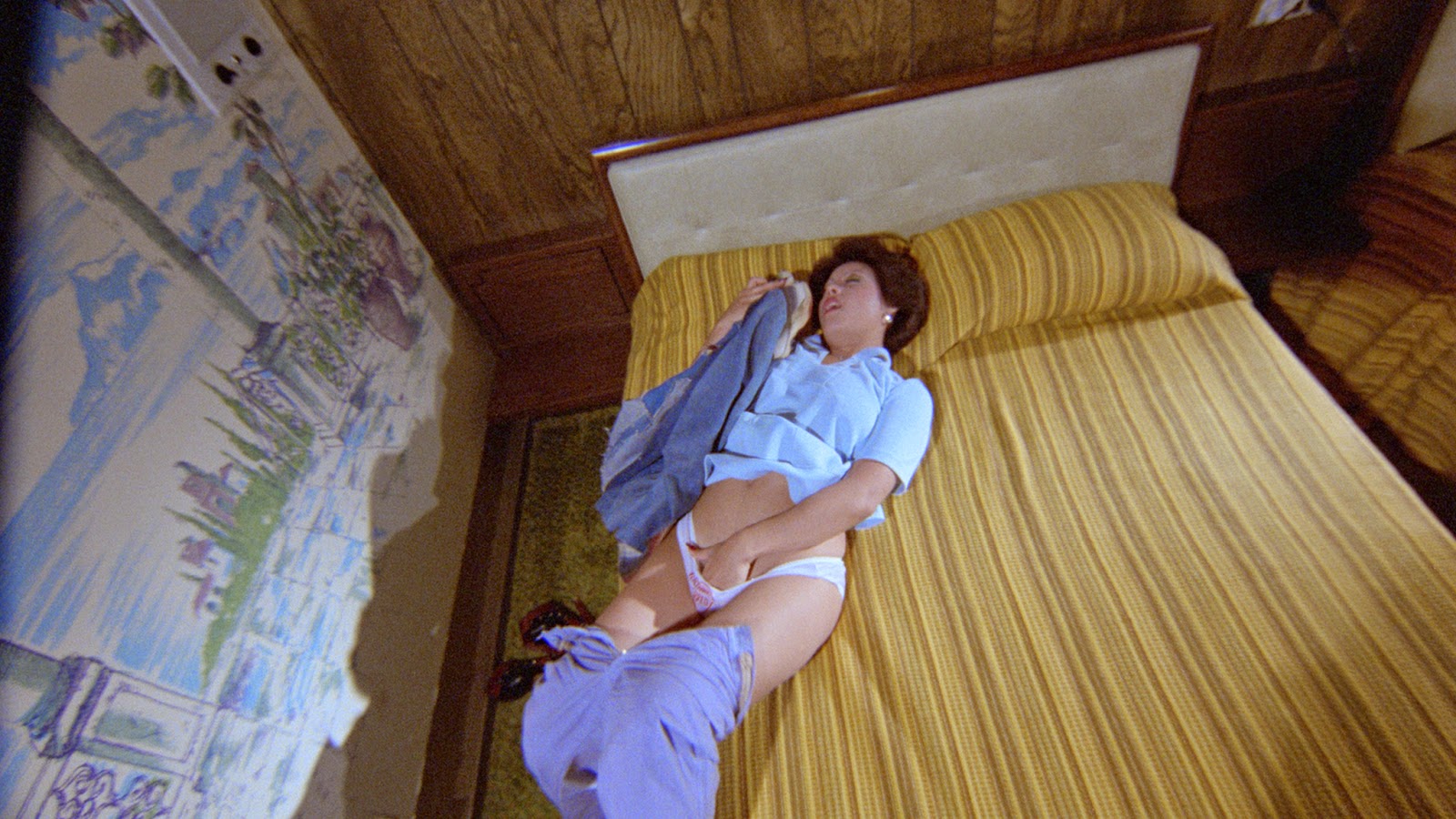 The Audio & Video
Vinegar Syndrome delivers a pair of beautifully restored transfers here, both in their original 1.85:1 aspect ratio. These anamorphic widescreen presentations have a crisp look with a good sharpness to them. Colors and skin tones look natural and vivid. There's virtually no damage to these transfers at all. The audio tracks are also in great condition. There is quite a bit more to listen to in FANTASTIC which is the better of the two. While both tracks are free of any background noise or damage the recording quality on CHAMPAGNE is thin and weak, sounding like it was recorded in an empty hall. This is simply the nature of the production. Overall a fantastic job by the Vinegar Syndrome gang. 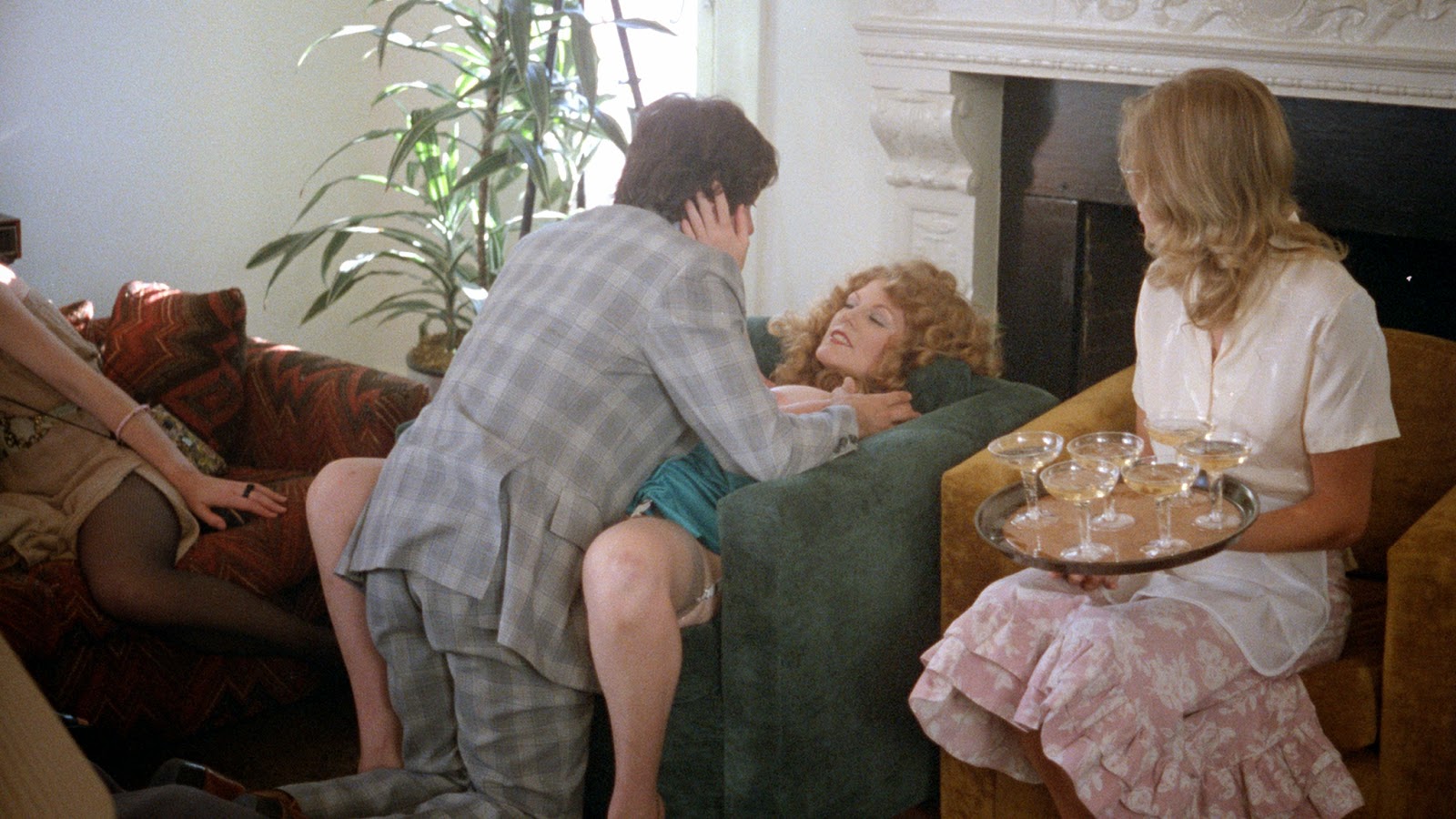 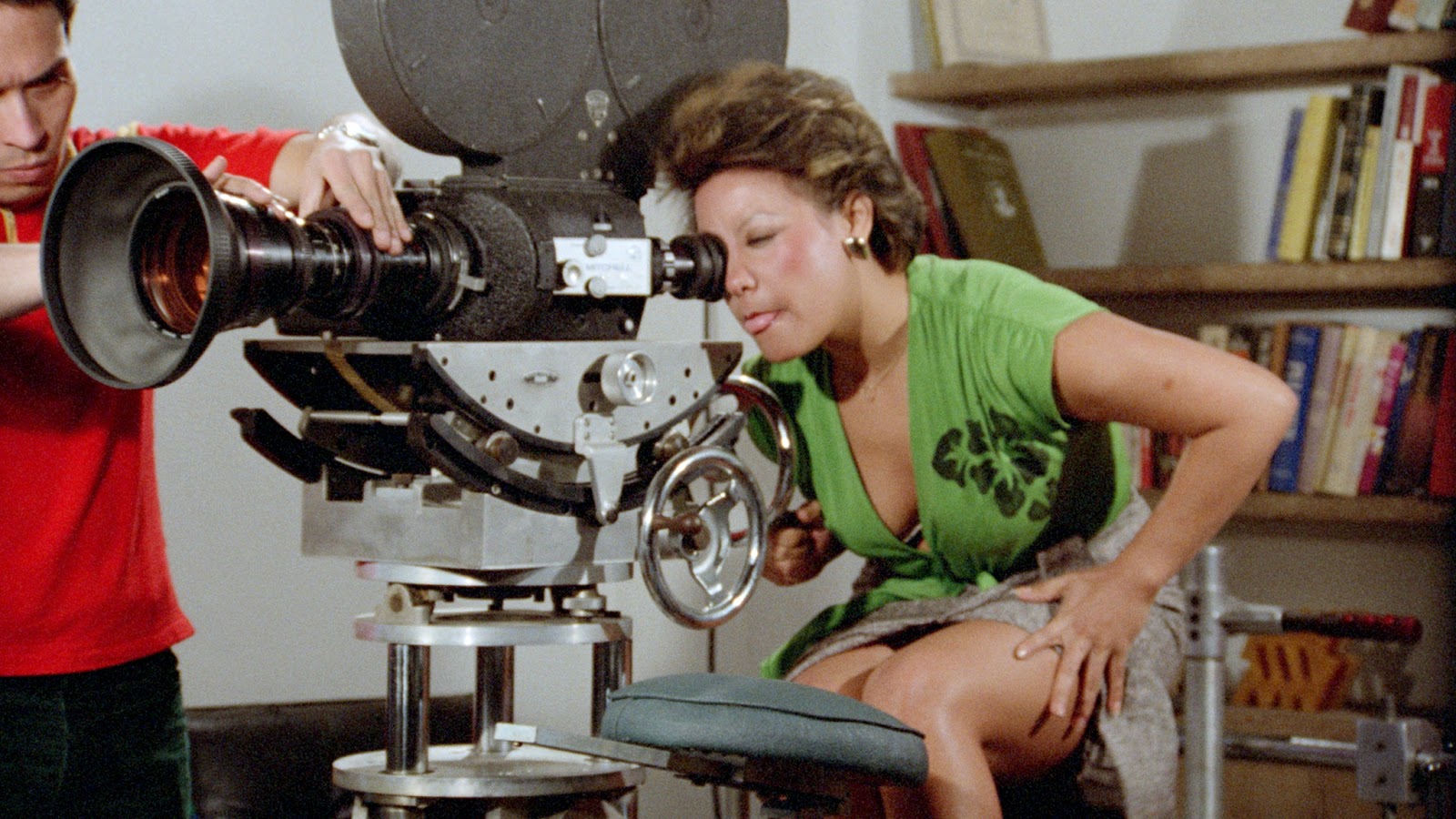