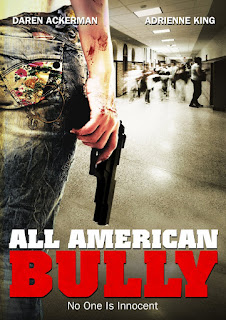 The Film
A small group of friends who like to spend their time playing role playing games every weekend are the target of a local group of bullies led by an old friend turned enemy who is terrorizing the group by destroying valuable books, and beating them up. When the group tries to fight back in their own way the bullying quickly escalates into a place you can't return from.

ALL AMERICAN BULLY is a raw film, not only in its production values as an independent film that is far from polished but in its delivery and execution which gives a grave realism to the film. The characters are written with actual everyday people in mind. Our group of nerds (and I use the word lovingly) could be found at any high school across the country and our bullies are more of the popular group who like to continually prop themselves up by putting everyone else down. I'm sure many of us have experienced these types of people during our days in grade school and it's that easy type of connection that makes ALL AMERICAN BULLY a successful film. 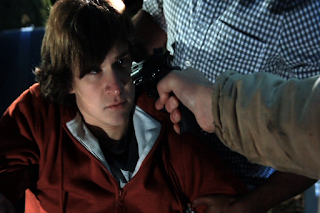 The movie could have easily ended up as nothing more than a respectable attempt at making a powerful drama pulled down by weak writing, inexperienced acting and amateur directing. Instead the acting is quite competent with one of the worst performances surprisingly coming from one of the more experienced actors in Adrienne King of Friday The 13th fame.

ALL AMERICAN BULLY plays on its aforementioned rawness to make the audience feel like they're more a part of situation as opposed to just watching it. And that's the power of a movie such as this, there's nothing fictional about ALL AMERICAN BULLY. Things like this can happen every day in any school in any town to anyone and lives are lost because of it. I think ALL AMERICAN BULLY is a very good film and turns disadvantages to advantages but I can't say I had a lot of fun watching it. It punches you in the gut and causes visceral reactions.

The Audio & Video
Wild Eye Releasing delivers a ALL AMERICAN BULLY on DVD with an anamorphic widescreen transfer that looks good. The digital photography is clean and in very good condition and there's little to no compression or artifacting which was a pleasant surprise. The 2.0 audio is perfectly clear with good mixing and steady levels. There's no damage or background noise to speak of. 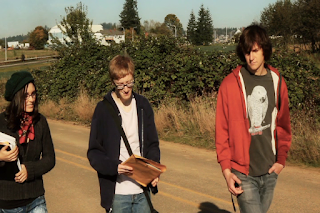 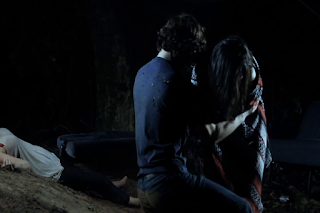 The Bottom Line
I think ALL AMERICAN BULLY is a truly great independent film that deals with a major issue plaguing America's youth.