ALL NIGHT AT THE PO-NO (Vinegar Syndrome) - DVD Review 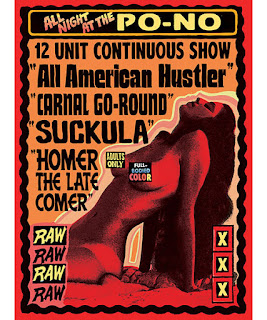 The Films
ALL NIGHT AT THE PO-NO features a dozen hour long stag reels and a pair of shorts for good measure. Everything from the light hearted to the rough and tumble is featured here and you'll laugh, cringe, possibly cry and definitely enjoy. Just don't get caught using your wee-wee like Pee-Wee. Here's a rundown on the films...

2. Homer The Late Comer - A film editor that looks like a cross between Joe Spinell and Booger from Revenge Of The Nerds lives with his momma and dreams of a better sex life. Luckily for him he gets some action on a nasty green couch with a girl that has a dirty butthole. She was attractive before that. This is serious smut comedy.

5. Sex Before Marriage - A man's wedding day starts off on the wrong foot when his car breaks down but things start looking up when he fucks his way across town with everyone except his bride to be! 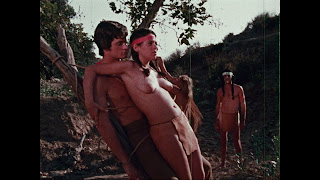 7. The Playboys - It must be nice having a bevy of beautiful women knocking on your door ready to fuck, right? Well that's the life of a playboy! Be on the look out for a young John Holmes who steals the girls away after they see his giant member and a special appearance by the boom mic operator in the mirror.

8. Suckula - A news reporter shows us footage of Dracula's sexual rampage through Hollywood as he searches for blood in all the wrong places! Everybody gets in on the action in this one.

9. The Big Snatch - A violent gang of women take revenge after one of their members is assaulted and robbed after a quickie. Their brand of revenge involves making sure they get off before getting nasty. Sex, heroin and murder... what else do you need?

11. Shot On Location - The cast and crew of a new adult film get it on while on set, at home and everywhere in between. Then a wife comes home giving an entirely different meaning to the title.

13. Carnal-Go-Round - You'll see how Alice The Hooker loves her job in a series of vignettes where she sucks and fucks for money and even brings a new girl into the fold. 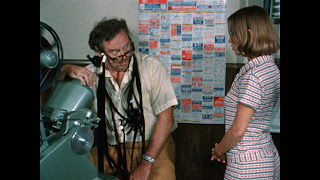 The Audio & Video
Vinegar Syndrome has saved these loops from the damage and decay of time as each of these films are at least 40 years old. The picture quality ranges from scratched, spotty and rough to fairly decent but all of them feature some short of damage. I'm not complaining though as they all are perfectly enjoyable and their imperfections only add to their seediness and the dirty feeling you've come to love. While they haven't gone through extensive restoration they've been newly scanned from the original 16mm negatives. Like the picture the audio quality is high and low but usually it's better than not. There's some background noise and crackling and popping but it's steady, clear enough and has a quality mix. 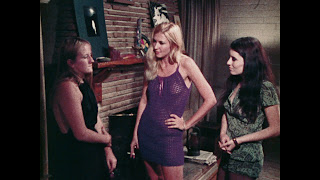 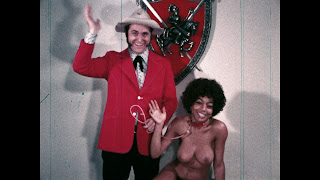 ALL NIGHT AT THE PO-NO is available HERE
Posted by Celluloid Terror (Seth Poulin) at 4:33 PM