Let's wrap this bad boy up shall we? 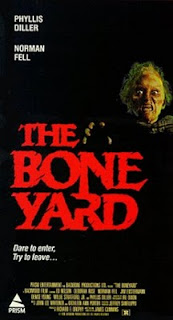 The last 2 days were pretty strong with three out of the five viewings being new to me so let's start with THE BONEYARD from 1991. This movie is just plain fun. A detective, a psychic and the night crew of a morgue get locked in with three mummified corpses that aren't actually the children they appear to be but demons that can mutate their victims into hideous and monstrous versions of themselves... including the poodle. This is just a blast. Phyllis Diller as the spunky old receptionist at the morgue is a delight and it's just a shame we don't get a bit more giant monster poodle mayhem. Seriously, this thing is bloody, wild, and fun. 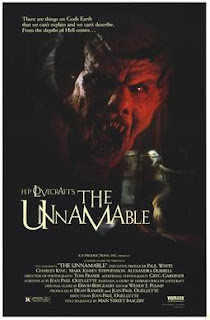 Then came THE UNNAMABLE which adapts the H.P. Lovecraft story of the same name into a campy monster movie that I've always enjoyed. The devilmangoatbeast monster is horrifying and makes me uncomfortable every time I see it. It gets a bit dry in the middle but it's a spooky little slice of Lovecraft that always satisfies. 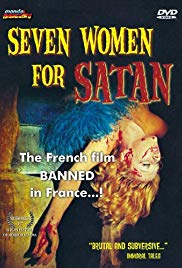 And we wrap things up with day 31, Halloween. I had no plans for the big day sadly. Growing up sucks. My depression was kept to a minimum knowing I would have a chance to see the Suspiria remake later that night though. I managed to get through the lame day with an early viewing of SEVEN WOMEN FOR SATAN who's artwork screams "The French movie banned in France!". This is a dreamy, surreal vision into a wealthy man who dreams of torturing and killing beautiful women and acts on his fantasy when a couple with car troubles seek refuge in his castle and ask to see the castle's dungeon and torture devices. Dreams and reality intertwine in this one that has a few really memorable sequences and is overall pretty decent Euro horror. 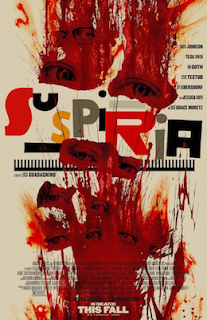 Then it was time for the day's main event, Luca Guadagnino's SUSPIRIA. In short, I liked it. Quite a bit actually, but this film deserves another viewing so I can sort out some questionable feelings I have about it. It certainly sets itself apart from the original Argento classic while keeping the original spirit in tact. This is not a ripoff or sad impostor of the original but doesn't forget why it exists. I recommend checking it out if you get the chance. 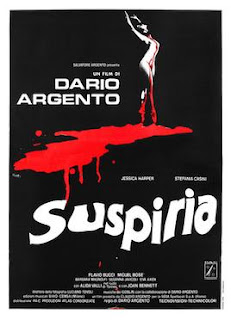 And what better way to end the challenge than following up the remake of Suspiria with the original? My favorite film of all time. Enough said.

Posted by Celluloid Terror (Seth Poulin) at 12:58 AM