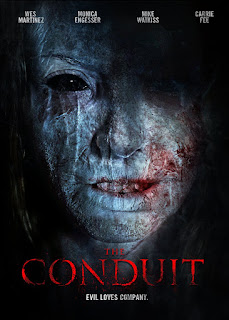 The Film
Eddie is haunted by a tragic event from his childhood when his mother brutally murdered his father and sister leaving Eddie for dead. Now dealing with a recent divorce Eddie enters group therapy to try and put the pieces of his life together and continue on. He meets Amy who is beautiful and alluring and dealing with a drug addiction. Amy eases Eddie's pain with a series of hookups but soon after meeting her people around Eddie start turning up missing and dead and Eddie learns that Amy may be a demonic force that needs to spread her evil to others.

CONDUIT is the feature film debut from writer and director Sixto Melendez and he creates a pretty good looking independent horror film. The film feels bigger than it's limited handful of locations would normally allow. The photography studio is sparsely but smartly decorated giving it an eerily empty but genuinely authentic feeling. 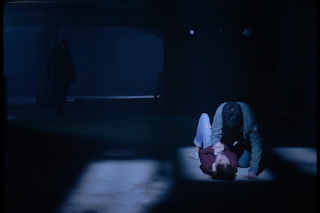 The cast is good and better than most similar direct to video horror films from top to bottom. Wes Martinez is a solid backbone for the cast as Eddie and plays well alongside Monica Engesser and Carrie Fee as the new women in his life. Mike Watkiss is also worth mentioning as Gabriel, the reclusive man who knows all about Amy's history.

I found CONDUIT to be engaging even though it isn't the most exciting horror film you'll watch this year. The film is very much a thriller as it is a horror film with only a couple of explicit horror movie moments and far more moments dealing with the unsolved disappearances and murders. It's really the third act where CONDUIT turns into a horror film and it certainly leaves you wanting more in that regard, selling it a bit short. The movie's 100 minute runtime gives plenty of room to develop the story and characters and work in a more exciting horror element that isn't so fleeting when all is said and done.

CONDUIT ends up surprising me and being better than I would have expected. It's far from perfect but there are far worse films that get higher praise and more attention than CONDUIT.

The Audio & Video
Brain Damage Films gives CONDUIT home on DVD with a 16x9 1.85:1 anamorphic widescreen transfer. The picture is clean has pretty good sharpness for a standard def release. Much of the film takes place in darker locations and thankfully this release handles black levels fairly well. There are some instances of blocking and compression but overall it's fleeting and more often than not the black levels are decent. The English audio sounds good with either a 2.0 stereo or 5.1 surround mix. The audio is clean and dialogue comes across clear and stable. 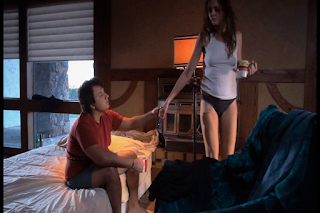 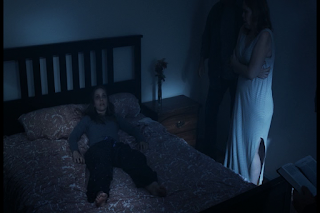 The Bottom Line
I don't love CONDUIT but I certainly didn't hate it and it's better than I thought it would be. Worth a look.

CONDUIT is available HERE
Posted by Celluloid Terror (Seth Poulin) at 10:54 AM