DOOMED: THE UNTOLD STORY OF ROGER CORMAN'S THE FANTASTIC FOUR 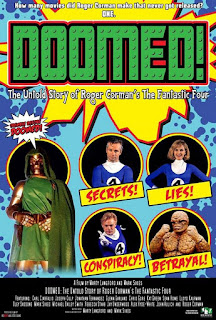 USA/2015
Directed By: Marty Langford
Written By: Marty Langford
Starring: Roger Corman, Carl Ciarfalio, Joseph Culp
Release Date: October 11, 2016
Comic book fans today have it good. Marvel and DC both have cinematic and television universes upon which to build new and exciting stories. However, it was not so long ago that we lived in very dark times. I myself have been guilty of dismissing some modern superhero films because they "didn't get a character right" or it "strays too far from the source material", but when I was a young comic book fan I took what was given to me and I accepted it whether it was good or bad. Being a Marvel fan was especially frustrating. DC fans had solid Batman and Superman films, but I vividly remember the frustration of not being able to find a copy of the 70's made-for-tv Dr. Strange film, the disappointment of seeing Daredevil in one of the Incredible Hulk movies, and watching my favorite hero, Spider-Man, disgraced on national television in the form of a 70's television series. But I took those lemons and I made lemonade. Terrible, terrible lemonade. 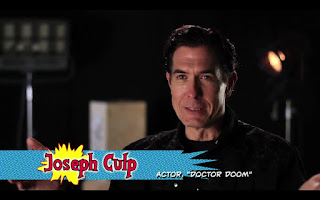 I was never very big into The Fantastic Four, but like other fans I heard stories of the infamous Roger Corman produced Fantastic Four movie, made for an insanely low budget and almost immediately shelved, never to see the light of day. It was said that the film was never meant to be released. That it was only made so that the studio could retain the rights to the property. But was that really the case? As anyone who has seen one of the many bootleg copies of the film that are floating around the internet and convention circuit can tell you, there was no lack of effort put into the film. Most of the problems with the film are budgetary, as it's obvious that a lot of people involved in the making of the film had great love for the source material. Why put that much effort into a film that will never be released? 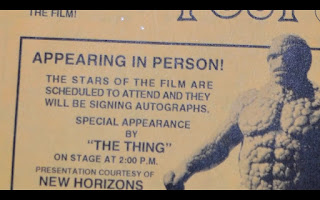 That's the question posed by Doomed: The Untold Story Of Roger Corman's Fantastic Four. Doomed chronicles the troubled production of Roger Corman's Fantastic Four from start to finish and beyond through interviews with the cast and crew of the film. It's a fascinating look into the politics of making a film that unfortunately emerges with just as many questions as it came in with. While there may be few clear answers, Doomed is a fantastic documentary that would serve as a great companion piece to the film that is simultaneously both the worst and best Fantastic Four movie ever made.