Another year and another October Horror Challenge is here! Last year was the first year that I failed to reach 100 films during the month since I've started this challenge back in 2009. This year the fire is back and I plan to plow through 100 but that's still weeks away so let's take a look at what the first 48 hours of the challenge had in store for me. 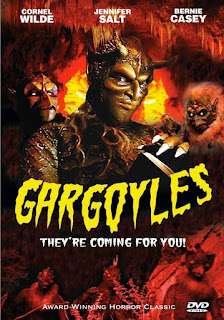 This 1972 made-for-TV flick features some interesting creature design and suits but is ultimately restrained by it's TV roots. It is cheesy and entertaining but doesn't offer much in the way of scares, excitement or extravagance. It's a breezy viewing at only 72 minutes but any longer it would have started to drag given the restraints a TV movie has on it. 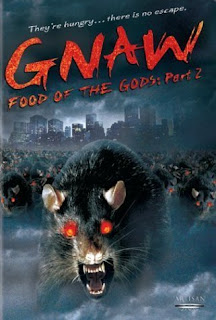 Next was a sequel I wasn't really aware of until somewhat recently but when I found out about it I quickly snatched up the DVD in preparation for viewing it this month. The first FOOD OF THE GODS movie is a highly entertaining nature run amok b-movie and I had hopes that its sequel would be more of the same. It delivered. Giant rats terrorizing a campus, gory body horror and a story that is actually believable all adds up to a really solid flick. 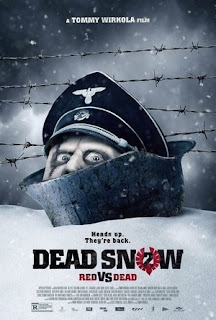 I took a chance on this one because I really disliked the first DEAD SNOW film but I've heard good things about part 2 and when I saw it on Netflix I figured I had nothing to lose. Well now I have a few dollars to lose because I plan on buying this one when I stumble across it cheap enough. This splatter fest is filled with all sorts of laughs and ridiculous gore such as the Nazi zombies using a man's intestines to siphon gas from a tour bus to fuel their WWII tank. Everything that didn't work for me with the first DEAD SNOW clicks here. It's a riot. 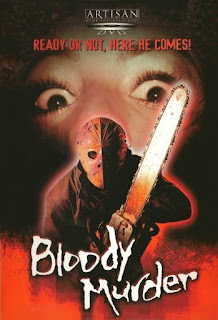 I'm not exaggerating when I say this is one of the most inept pieces of shit I've ever seen. The world would be a better place if BLOODY MURDER didn't exist and all copies of it were burned in a fire. 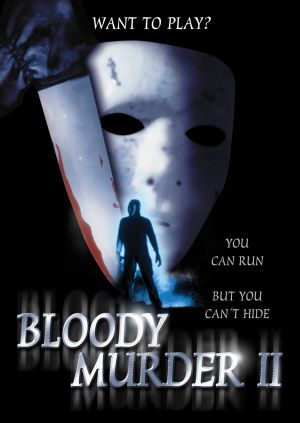 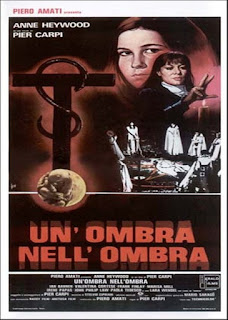 First was the late 70s Italian Satanic horror film SATAN'S WIFE which was steeped in eroticism... at least during the opening credit sequence and the last act. The rest was a bit of melodrama around a girl that was the daughter of Satan. It was never as interesting as it should have been but a nice score from Stelvio Cipriani and the great opening sequence and a decent third act saved this from being a total loss. If you're digging for some more obscure Euro weirdness it's worth taking a look. I'd been curious about 31 for as long as I can remember since hearing about it. I'm no Rob Zombie lover but his films are always interesting to talk about after viewing them. My thoughts? Well it was watchable and had one interesting character in Doom Head. Otherwise it had a lot of missed opportunities in being something much better. There are villains that are left without much of a story or personality that would have made them infinitely more interesting while far less interesting characters got more screen time. It's obvious that the budget lacked the ability to take full advantage of the warehouse type setting that was used and the writing still plagues Rob Zombie's films. I think he could be a good director if he'd pair up with a better writer. 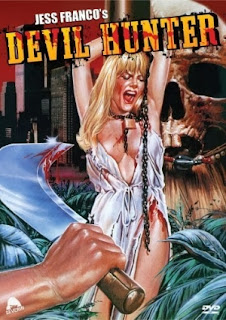 The final film was a Jess Franco experience... DEVIL HUNTER. This film is a mess of cannibal horror, witchcraft, crime and sexploitation which is not at all surprising. It was disappointingly boring however as the film really plods along with barely any point. There is plenty of eye candy with more than enough beautiful women baring it all for the camera over and over and lots of gory scenes as well. And we can't forget the bug-eyed, devil god man who runs around naked stalking one of the girls and killing anyone that gets in his way.