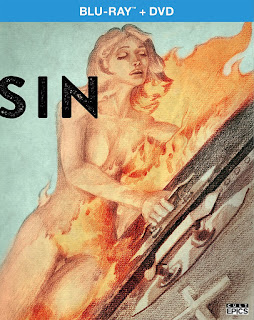 There may be no film distribution label with a more fitting person behind the scenes than the head of Cult Epics, Nico B. Nico has been running Cult Epics since the early 90s and in that time he has distributed some of the most horrific, artistic and downright awesome horror, exploitation and arthouse films around. The thing you can count on with Cult Epics, aside from a great attention to detail in their product is that all of the titles they distribute have an artistry to them that pushes them to another level. It makes sense that Nico is the man with the plan at Cult Epics because he is no stranger to creating some challenging and beautiful art himself. The newest of which is his short anthology film SIN which is a three part film, shot in and heavily influenced by the style of early silent films. Each short tells a different story of sin, my favorite of which was Le Modele which featured a dual for role for Caroline Pierece as both a nun and a model. Both roles take drastic turns in the short runtime and make for a truly unforgettable short film. The entire film is shot on Super 8mm film giving it an organic aged look, heavy on grain. Nico's photography is striking and the films is steeped in surrealism and vintage erotica that any follower of Cult Epics knows Nico is quite fond of. 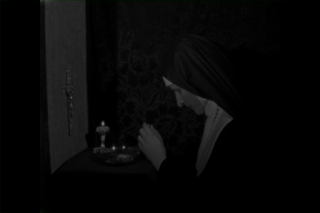 In addition to the main feature is a collection of earlier shorts from Nico B, including several on location travel shorts. The highlight of these shorts for me is an early student film from 1990 entitled SLIME that clocks in at just over 5 minutes and is years beyond what student films tend to be. It's steeped in surrealism but also in the depths of reality with the cycle of life we have created. I'm thankful Nico decided to include it here because it deserves to be seen. 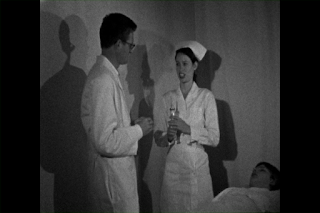 SIN is available HERE
Posted by Celluloid Terror (Seth Poulin) at 9:48 AM