Falling behind on writing. Must catch up. 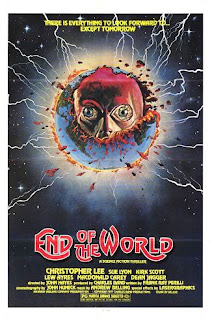 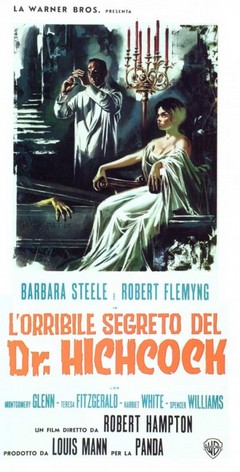 Next was THE HORRIBLE DR. HICHCOCK which is a gothic horror film by Riccardo Freda co-starring Barbara Steele. Freda is a director who I seem to appreciate more and more with each new film I discover from him and I'll watch anything with Barbara Steele in it even though she's done some total garbage. This ends up being a disappointing experience as it's rather aimless, not knowing what it really wants to do or be and wastes some talented performers, nice sets and a few creepy scenes. 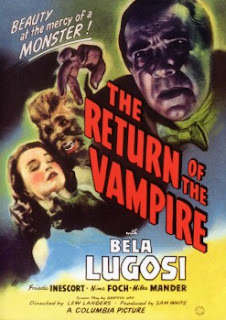 Day 6 closed out with RETURN OF THE VAMPIRE, a 1943 film starring Bela Lugosi as, you guessed it, a vampire. It's easy to see his English and overall acting had improved from Dracula a decade earlier as he seems much more comfortable here. The movie is interesting as Lugosi has a hechman slave under his curse who happens to be a werewolf. Early on he's easily defeated but the film takes place during the war and a bomb unearths the vampire and he takes on another identity to get closer to the woman he loves until he has a showdown with her and his former slave. This movie is a good one. Really well done classic horror if a bit too standard. 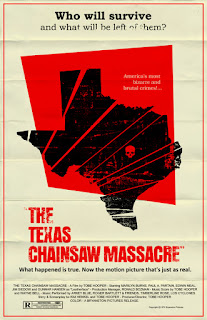 Day 7's only movie was a revisit of THE TEXAS CHAINSAW MASSACRE while in a total daze of being absolutely exhausted. This movie remains one of my 5 favorite films of all time. 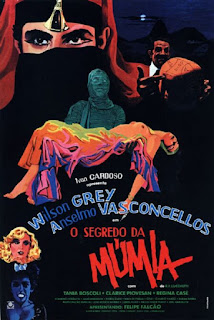 Day 8 we got back on track a bit with 3 more movies including a pair from Ivan Cardoso, the cousin to Coffin Joe. I was excited to check these out as they're fairly rarely seen films and hardly ever discussed. Well, Cardoso is not the filmmaker his much more famous cousin is but he does make some clever and interesting horror flicks. THE SECRET OF THE MUMMY is from 1982 and feels more like a production from the 40s. It has a heavy romantic angle, a goofy sense of humor and some questionable effects and character design. It's not a bad film, as it is paced well and Cardoso does take after Coffin Joe a bit in that he manages to fit in some nudity and explicit violence. 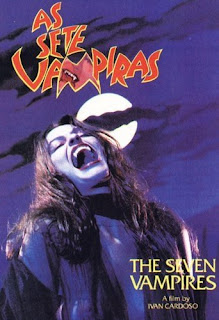 Then was Cardoso's THE SEVEN VAMPIRES from 1986 which could have been really but ends up giving me a very similar overall feeling to the earlier mummy film. What starts out with a Botanist importing a rare carnivorous plant from Africa that has several heads similar to that of Medusa's snake hair that eat meat and apparently turn anyone they bite into vampires ends up as a far less interesting goofy vampire movie. Had the film focused more on this bizarre and fairly original killer plant idea I think it could have been great. 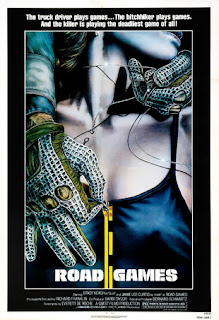 This post comes to a close with a long overdue viewing of ROAD GAMES which frankly did not live up to expectations. I've always heard just how great this movie is and while I think it's well made and features a pair of great performances from Stacey Keach and Jamie Lee Curtis I just found the movie to have long stretches of nothingness. I think there's 30 excellent minutes in here stretched out to 90. I like it but I was hoping to love it.