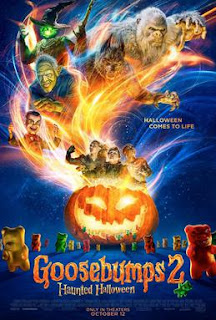 Growing up I was a lover of all things Goosebumps. R.L. Stine wasn't my introduction to horror but he certainly helped cultivate the seeds that had already been planted. I have fond memories of reading the books during free time at school, when I was stuck inside on a rainy day and whenever a book report was due it was Goosebumps I turned to. Though my fondest memories of the books were when my grandfather would read them to me until I fell asleep which usually didn't take more than 10 minutes so one book could last an entire's week worth of bedtime stories. I was also a fan of the TV show but have had mixed emotions on it upon revisiting the series that directly adapted stories from the series in to half hour (and sometimes hour long) screen versions. And my fandom really has never stopped because even a couple years ago as I was pushing 30 years old I was ecstatic to hear of a feature length film. In short I thought the movie was good fun and would gladly take another. Now on the wrong side of 30 we got GOOSEBUMPS 2: HAUNTED HALLOWEEN and in short I yet again say it was good fun. The film revolves around a group of kids that unleash Slappy, an evil ventriloquist dummy from an unfinished R.L. Stine novel. Slappy plans to use the magic in the book to bring Halloween to life and take over the town. Combining famous monsters from the book series including the lawn gnomes, jack-o-lanterns, Abominable Snowman of Pasadena and the werewolf from Fever Swamp with animated Halloween decorations includng light up witch hats and a 3 story balloon spider, the kids must use their wits to outsmart the evil dummy. This one is more of a kids adventure film drenched in Halloween than a proper Goosebumps movie but the addition of the Goosebumps character and even a small appearance from Jack Black reprising his role as Stine from the first movie make it all the better. It's flawed and I would rather see a studio adaptation of some of the Goosebumps books I am satisfied with the movies we've seen and I think GOOSEBUMPS 2: HAUNTED HALLOWEEN will be an unsung favorite of the Halloween season for families to enjoy together in years to come. On a personal note, it probably gets a slight boost in my mind because I was able to enjoy it in theaters with my grandfather who read the stories to me all those years ago and we enjoyed a nice trip down memory lane. 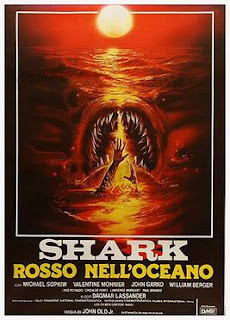 DEVILFISH aka MONSTER SHARK is the exact type of awesome trash I love from Lamberto Bava! Earlier this month I watched his film Ghost Son and absolutely loathed it and pretty much knew I would but loving so much of his early work made me interested in his more recent stuff... I'm a masochist in that way. MONSTER SHARK did not disappoint. Michael Sopkiw rules as he runs around shirtless, messing around with women and drinking beer while still trying to find and take down this massive shark/octopus/fish thing that is royally fucking up the boaters in this town. Evil villains and explosions and gore and 90 minutes of me having a great time. This movie rules. 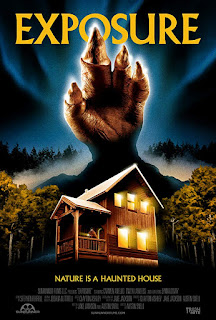 Interesting trio of films! I will (eventually) see Goosebumps 2, just looks fun. As does the monster shark movie. Love some good cheesy fun!