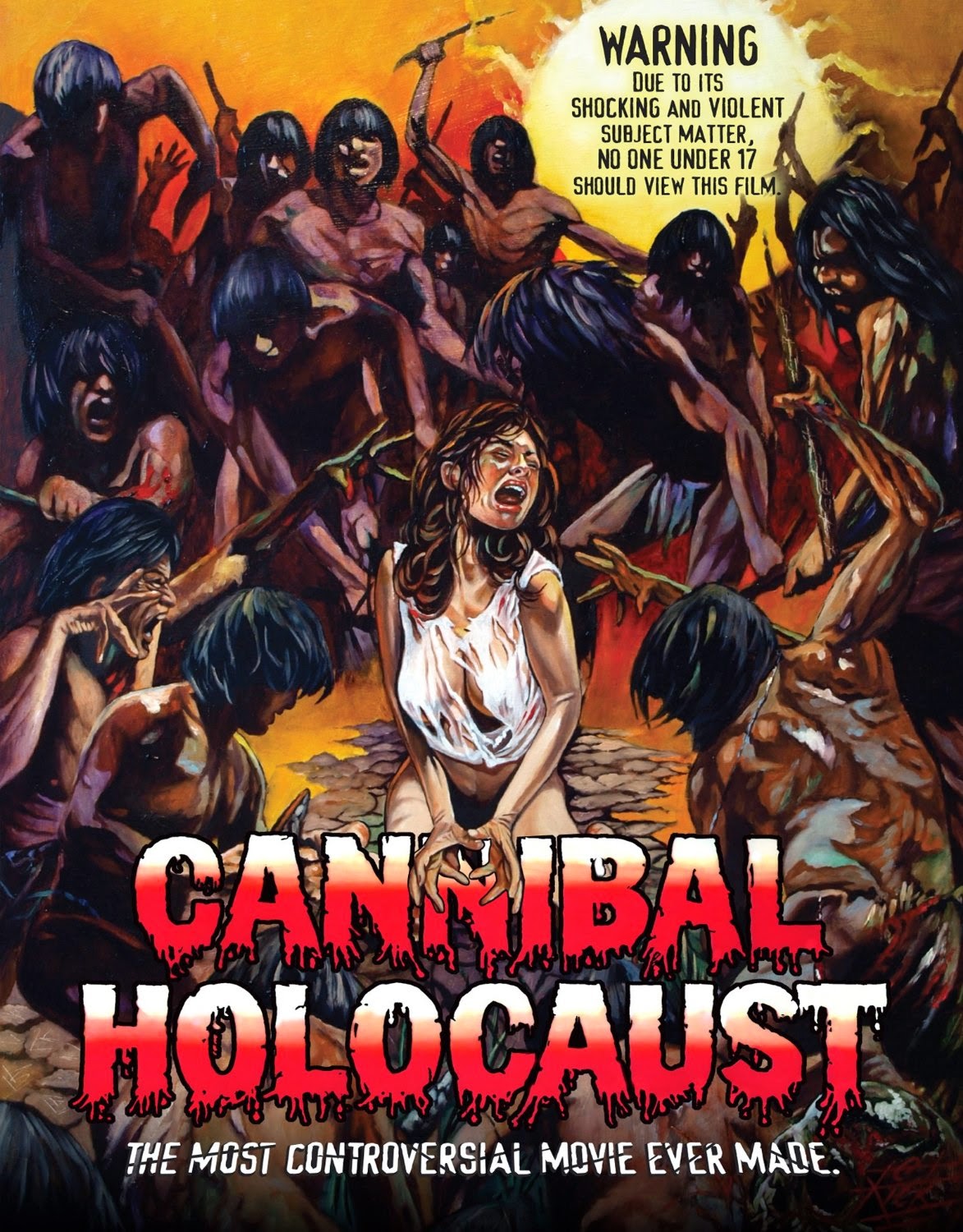 The Film
There are few films in the world with a reputation like CANNIBAL HOLOCAUST. Few films have been banned for their grotesque nature and brutality they show on screen yet so heavily praised for being an expertly crafted piece of cinema with a far deeper meaning than its shock cinema label will let you believe. A first time viewing of CANNIBAL HOLOCAUST will definitely leave you with a memory of the film. From the extreme violence, and gory effects to the completely real killing of animals on screen. Your stomach will turn, you'll want to look away, and perhaps you will. If you're watching the film for the first time with more than violence and shock on your mind maybe you will begin to see the true depth to CANNIBAL HOLOCAUST.

CANNIBAL HOLOCAUST is absolutely an exploitation picture. It goes all the way and back again. Ruggero Deodato was even put on trial for murdering cast members and he had to prove their existence to escape conviction. It was that believable. It is no surprise that even to this day audiences are in shock and awe over this film and may not be entirely sure exactly what is real but beyond the savages, the gunning down of natives, the extreme ways in which people are killed, the beheading and shooting of animals, the people being impaled and general jungle horror within the film, lies a single question at the end of the film - "I wonder who the real cannibals are?".

CANNIBAL HOLOCAUST is brilliant in every way. Ruggero Deodato was no stranger to the cannibal film at this time having previously made Last Cannibal World (aka Jungle Holocaust) in 1977 but this time he made something bigger than an exploitation film. The late Riz Ortolani produced a beautiful and at times haunting score for the film. The cast was pushed to their limits, literally in tears at times during the production over things they had to do. It was an all around effort by everyone involved to give 100% and make this film and although Deodato has said in recent years that he wishes he hadn't made the film I think the world of film, and perhaps in a small way the world itself would be a bit worse off if that was the case. It is true that despicable things were done in the film. Did animals need to die on screen? No, but they did. And they were eaten. It doesn't make it any less horrific but the impact it has on the viewer on a visceral level can't be measured. And that impact leads to deeper thinking and the importance the film brings.

The Audio & Video
Grindhouse Releasing gives CANNIBAL HOLOCAUST its first uncut Blu-ray ever with a stunningly gorgeous anamorphic widescreen transfer. Detail levels are incredibly strong from faces to textures of clothing and other items. Colors are simply stunning, from the lush green jungles to the brown skin of the natives and bright blue skies. Even the 16mm handheld camera footage looks very good, without question the best it ever has. Thankfully Grindhouse Releasing knows what they're doing and didn't destroy the film by scrubbing it clean. This Blu-ray is still grainy but it's a natural and attractive film grain, and not dirt and damage. The DTS-HDMA 2.0 track is in English, the natural langauge of the film, and sounds magnificent. The mix, of dialogue, score and surrounding sounds of the jungle are all handled skillfully as to compliment each other without ever becoming intrusive even at their most extreme. Levels are stable and the crispness to this audio track is just lovely.

The Extras
I could go on and on about the special features presented here in this 3 disc set, instead I'll simply break down each disc's content.

The Bottom Line
It is official, there is no better way to watch CANNIBAL HOLOCAUST than this release unless you have a pristine 35mm copy and place to project it. I can't come up with a single flaw against this release, from the brilliant A/V quality to loads of special features and the inclusion of the entire soundtrack. This will go down as one of, if not the best release of 2014 by any company anywhere in the world.