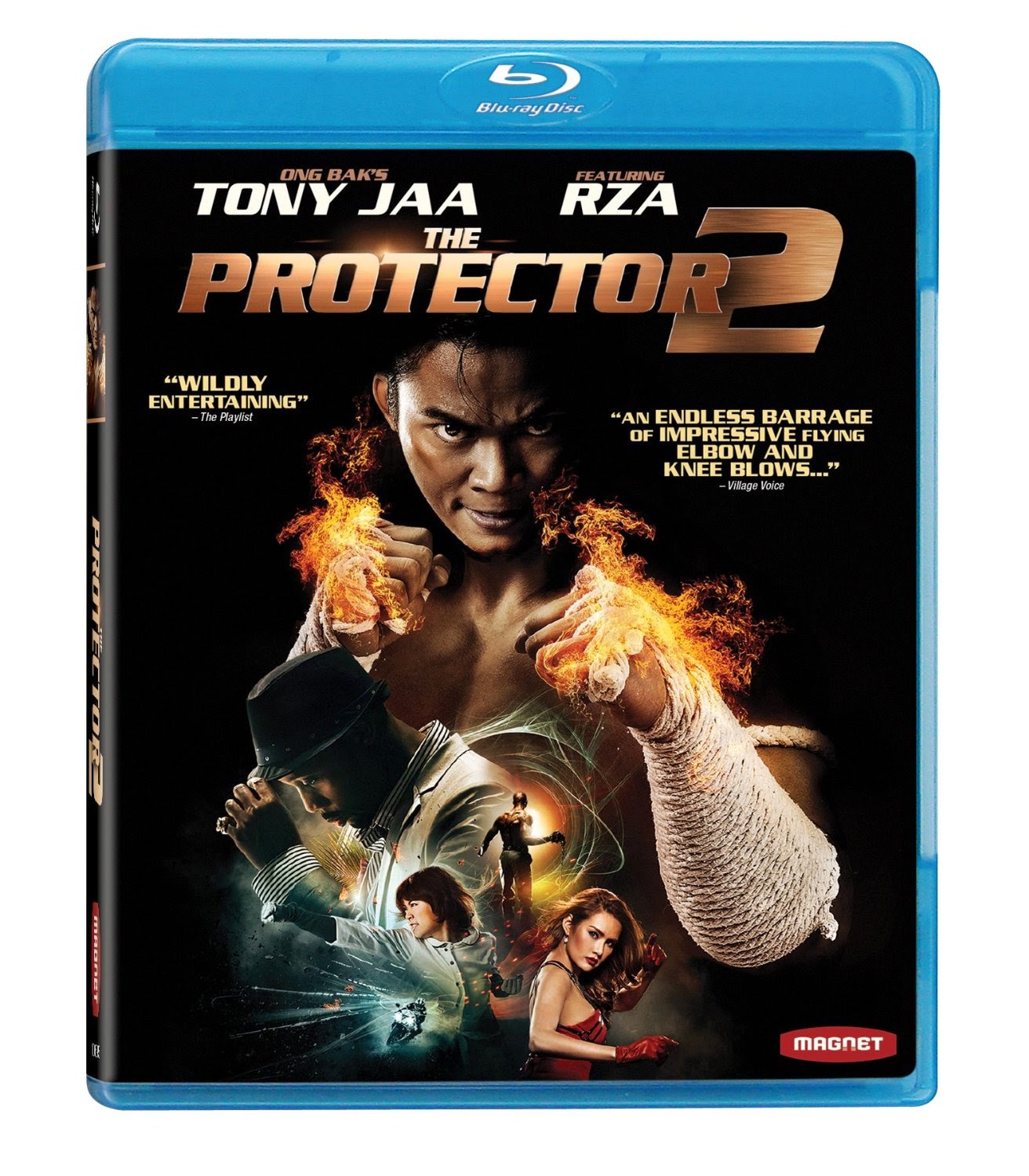 The Film
Kham (Tony Jaa) is the number one suspect for murdering the head of an Elephant camp. Kham is on the run from the police, the nieces of the murdered man and a crime boss (Rza) who has plans of his own for Kham's beloved elephant which could destroy the peace talks going on in the region.

THE PROTECTOR 2 is another vehicle to showcase Tony Jaa's immense skills in various forms of martial arts. The story is present and coherent but isn't the important part. We're on an action packed ride of fight scenes, car chases and pure adrenaline. Wu-Tang Clan member and Kung-fu film afficianado Rza gets a nice role in the film and shows he has some acting ability. Hell, he even has some good action scenes as well. I'll give the movie a break on the writing as I know what Tony Jaa films are made for (it isn't to showcase the writing) but THE PROTECTOR 2 faces some serious setbacks with some incredibly hokey and poorly rendered CGI sequences that look like they belong in some sort of spoof film. They don't come close to ruining the experience but the director could have made better decisions than to fall victim to such gimmicky 3D use.

The Audio & Video
Magnet Releasing gives us an attractive Blu-ray with a 2.35:1 anamorphic widescreen transfer. The picture is crisp and clean with good detail levels and natural skin tones. The English 5.1 DTS-HDMA audio track sounds good and full with a solid mix of levels.

The Extras
-Behind-The-Scenes Featurettes: Cast & Characters, Speaking With The Director, Action & Stunts, Working in 3D
-AXS TV: A Look at THE PROTECTOR 2
-Trailers

The Bottom Line
If you liked the original Protector film you'll like THE PROTECTOR 2. If you're a big fan of martial arts films then THE PROTECTOR 2 is also worth checking out.

THE PROTECTOR 2 is available HERE
Posted by Celluloid Terror (Seth Poulin) at 11:25 AM