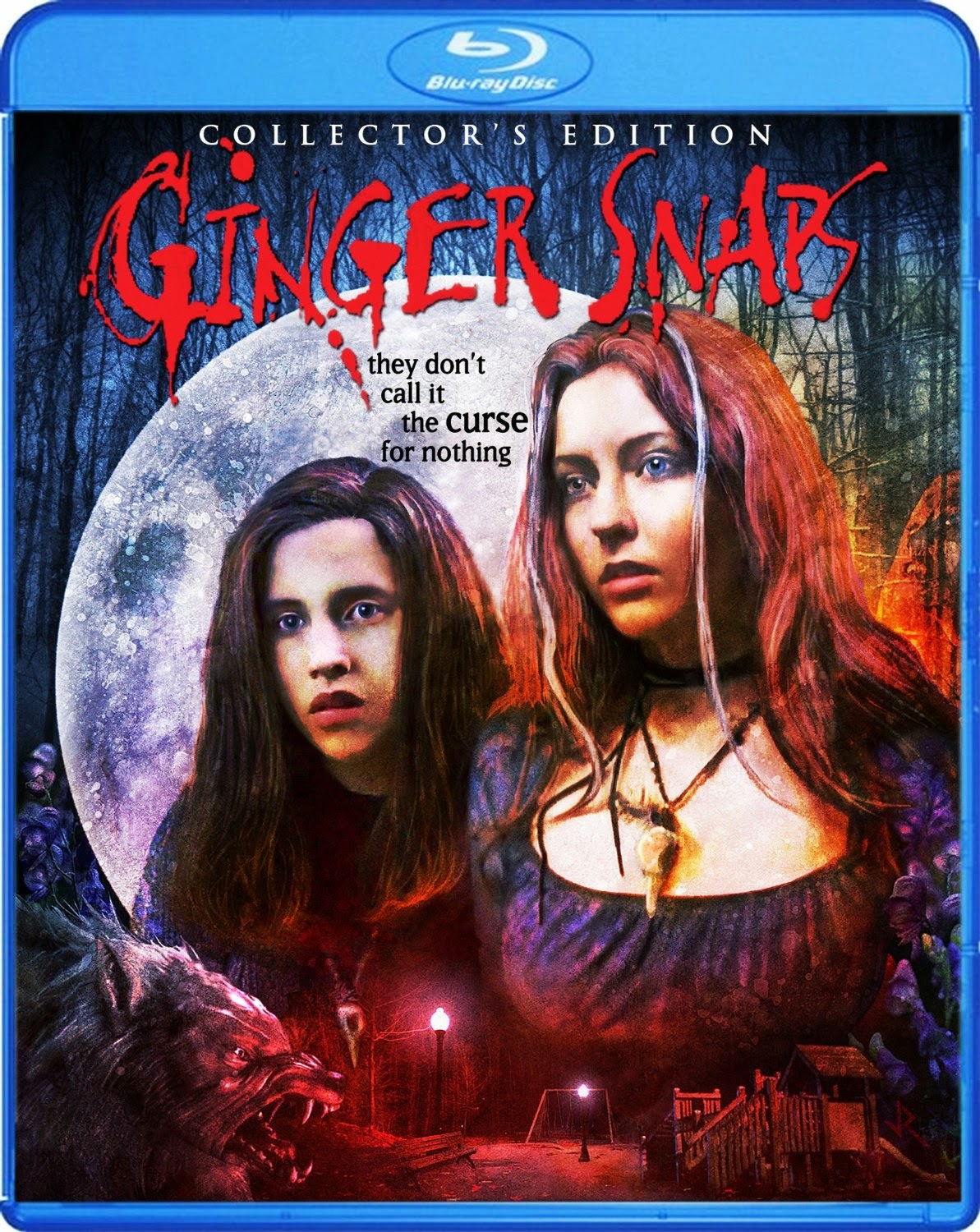 The Film
Ginger Fitzgerald (Katherine Isabelle) and her slightly younger sister Bridgette (Emily Perkins) are as close as close can be. They've made a pact to be together forever no matter what. They're loners, rebels even. They're annoyed by the norm and the status quo. They live in a small suburb that is currently under attack by some unknown animal that is mauling and mangling neighborhood pets. The Fitzgerald sisters' world completely changes one night when the beast attacks Ginger and she begins to transform in to a Lycanthrope. A werewolf. It's up to Bridgette to try and save her sister before the transformation takes complete hold over Ginger.

GINGER SNAPS is a horror film. There's a werewolf running around, one of our main characters is turning into a werewolf and does a bit of bloodletting of her own. It absolutely is a horror film, that is true. It is also a movie about the weird, confusing and at times horrifying stage of in your life known as puberty and the changes you go through physically, mentally and emotionally. GINGER SNAPS is equal parts puberty commentary and horror film. It works as both. Our leads are female, and there's plenty of moments that remind us of this fact but that isn't to say that males can't absolutely relate to their struggles, just without the tampons. Bridgette is forced to come in to her own and become her own person as her sister's world spirals out of control in to sex, drugs and that whole werewolf thing. 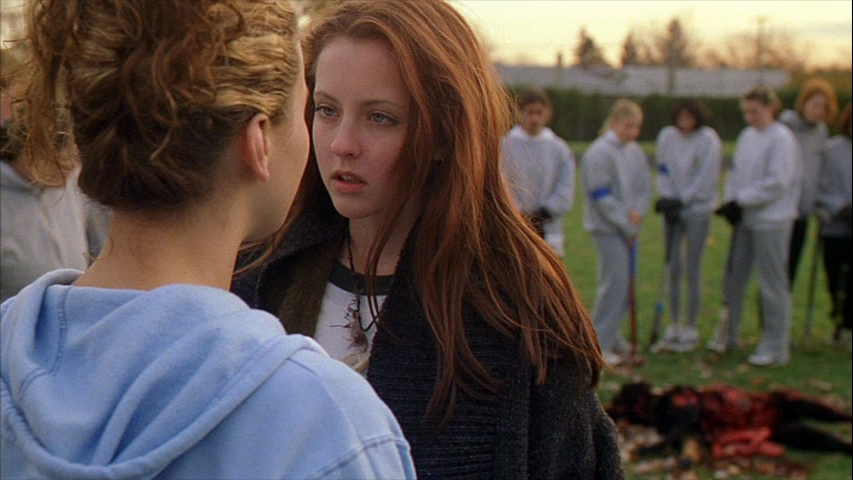 As a horror film GINGER SNAPS is fun and effective. Some of the common werewolf traits and tropes are left behind in this film. The full moon doesn't have much to do with the werewolf at all. The affliction in GINGER SNAPS is a virus, passed on like any other virus including sex. The beast is also hairless, an ugly form of the beast that you might see in Dr. Evil's zoo. The werewolf in GINGER SNAPS is still menacing and deadly. The makeup effects from Paul Jones are quite good as we see Ginger go through the transformation slowly. It's a fun ride filled with all the guts and goo that help make a monster movie so much fun. GINGER SNAPS isn't a perfect film, but it succeeds at the goal it set out with.

The Audio & Video
Scream Factory's work on GINGER SNAPS is pretty damn nice! The anamorphic widescreen 1.78:1 transfer has a healthy and natural grain structure while keeping overall picture quality quite sharp. The detail level is great in various textures (take a look at some of the fuzzier sweaters or wood planks). Colors are vivid and black levels hold up nicely. The DTS-HDMA 5.1 audio track is an excellent mix with steady levels. There's no competing between dialogue and soundtrack and there's no intrusive background noise. The mix is lively and is a joy to listen to. 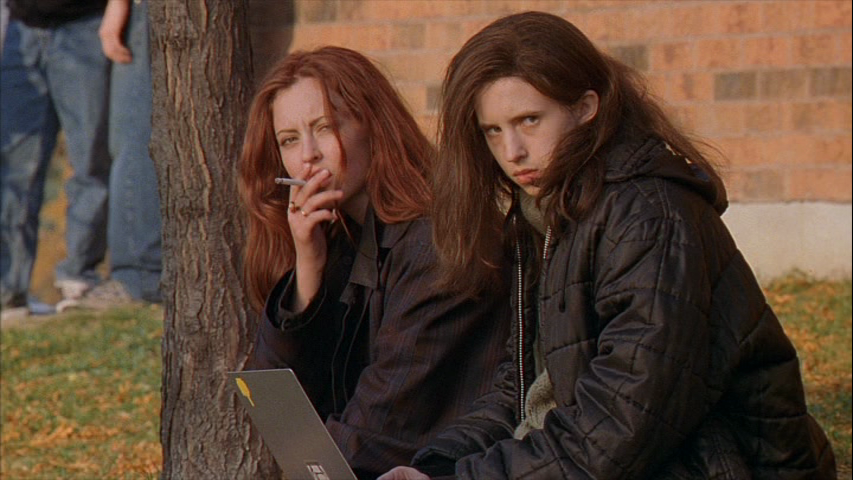 The Extras
-Ginger Snaps: Blood, Teeth, and Fur - An hour long plus feature detailing the production of the film
-Growing Pains: Puberty in Horror Films - A 25 minute panel discussion on how puberty is portrayed in horror films
-Deleted Scenes with optional commentary from the director and writer
-Vintage Featurette
-Cast Audition and Rehearsal Footage
-Creation Of The Beast featurette
-Being John Fawcett featurtte
-Trailers
-TV Spots
-Production Design Artwork 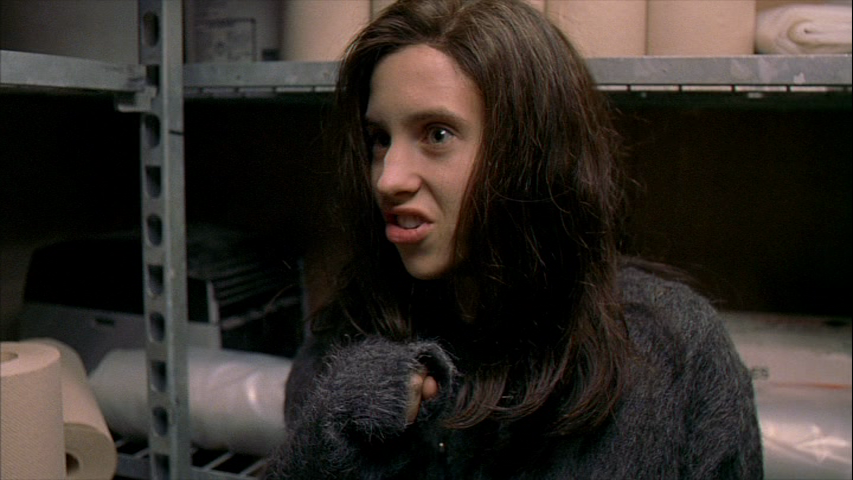 The Bottom Line
GINGER SNAPS has been given the Collector's Edition treatment from Scream Factory complete with new artwork, a nice slipcover and tons of bonus features. Pile that on top of the great technical presentation and the fact that movie itself is good and you've got a recipe for success and multiple reasons to own this disc.