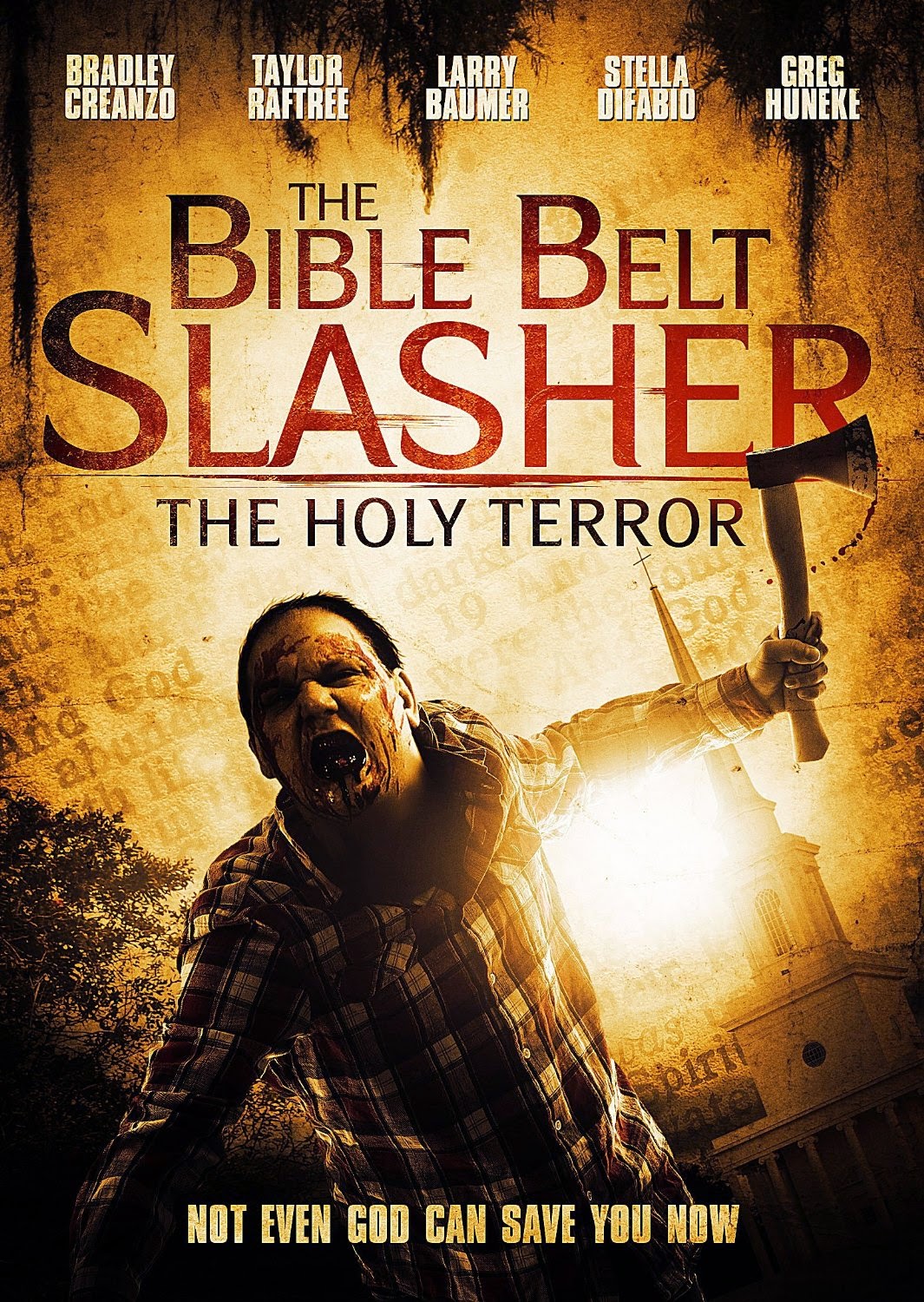 The Film
A madman is sentenced to spend the rest of his life in a mental hospital after the brutal murders of several people. In true slasher film fashion the psycho has no trouble escaping the institution to get revenge on the relatives of the victims who testified against him leaving quite the bloody trail in his wake.

THE BIBLE BELT SLASHER: THE HOLY TERROR is a sequel to an original short film by Bradley Creanzo. No worries as you quickly get the gist of what happens in the short film (or you can watch it before this feautre as it is included as a special feature). The first 20 minutes of this movie made me want to smash my head into a wall. The acting is bad, the composition isn't much better. There's a character in the court room scene that seemed to be holding back laughter every time he spoke. It was atrocious. Then something in this movie clicked with me. Perhaps it was the totally over the top killer who spouted one liners at his victims while tearing out bible pages and throwing them on their corpse. Maybe it was the fact that he bore a striking resemblance to Francis from Pee Wee's Big Adventure. Or maybe it was the heart and soul that wants the viewers so badly to believe that this movie was actually made in 1989. I don't know what it was but something about this movie turned around my opinion on it quite quickly and I ended up enjoying it for what it was. 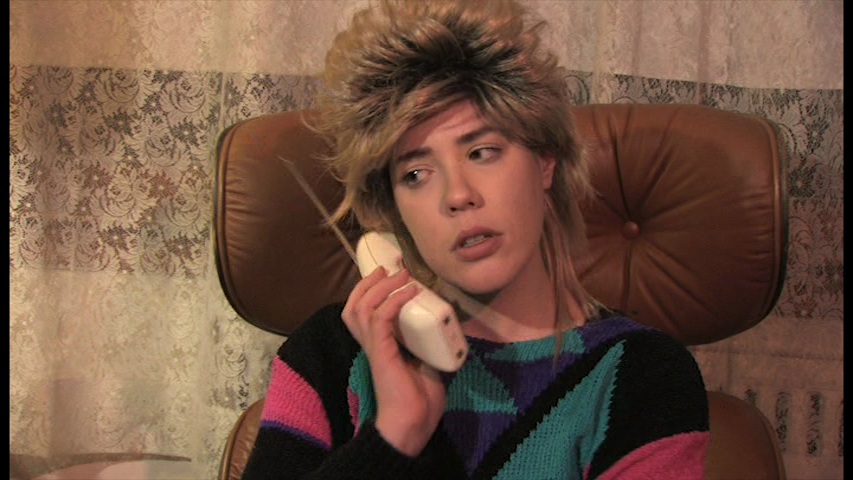 Slasher fans will appreciate the bloody nature of the film despite the fact that the film runs too long (we really didn't need that music video at all). There is a substantial body count in this and some of the humor actually works. THE BIBLE BELT SLASHER: THE HOLY TERROR is far from perfect. FAR. But that said some movies like this just end up working. They have a certain charm and spirit to them that pull the viewer in and get them to look passed their faults (to a point) and enjoy them. This movie managed to do that.

The Audio & Video
Brain Damage Films brings this retro styled slasher to DVD with a decent looking 16x9 anamorphic widescreen transfer. Colors look good, vibrant enough without looking aritifically pumped up. Black levels are decent without too much crush or compression issues. The looks is clean of any damage. The audio is a 2.0 stereo mix, featuring a clean dialogue track and a well done mix with the soundtrack. 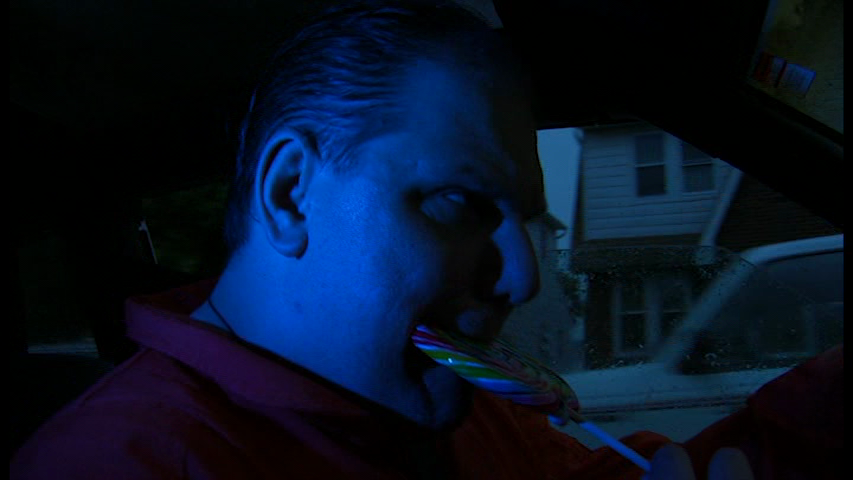 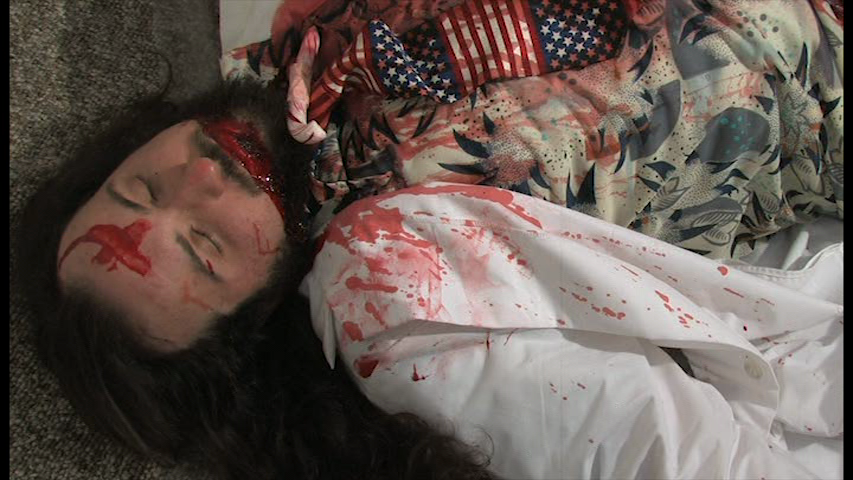 The Bottom Line
An entertaining and pretty nice selection of special features add on to the package that makes this cheeseball body count film a fun romp for any indie horror fan.