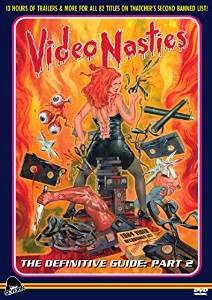 The Film
Jake West follows up his acclaimed 2010 documentary Video Nasties: Moral Panic, Censorship & Videotape, which documented the 80+ horror and exploitation films that the BBFC cut, edited and outright banned from home video distribution. West is back with the follow up, VIDEO NASTIES: DRACONIAN DAYS an equally entertaining and even more poignant look at the British Board of Film Classification's work during the mid-80s after the initial "scare" of these ostracized films up through 1999 and the overall impact it had on British culture.

DRACONIAN DAYS is packed with interviews from those who lived through the decade plus of abhorrent censorship that is quite difficult to believe happened in a fully developed first-world country as recently as 20 years ago. From film makers, to critics and fans who had their homes raided by police and their property seized as evidence, even to people that worked under the Director of the BBFC, James Ferman, who made it his personal mission to keep the morals of Great Britain safe and secure.

Censorship in the UK became so extreme that any weapon that was outlawed in the country, from ninja throwing stars, to nunchucks and cross bows had to be edited out of films, regardless of their content because of their imitability by children. This means that even the opening scene in Teenage Mutant Ninja Turtles 2: Secret Of The Ooze, a PG rated film made for kids of all ages was heavily cut because one of the heroes uses nunchucks to fight some villains. If you've seen the movie you know that the violence on display, especially that with the weapon in question is lighthearted, and comical, far from anything threatening to the minds of the beloved children. 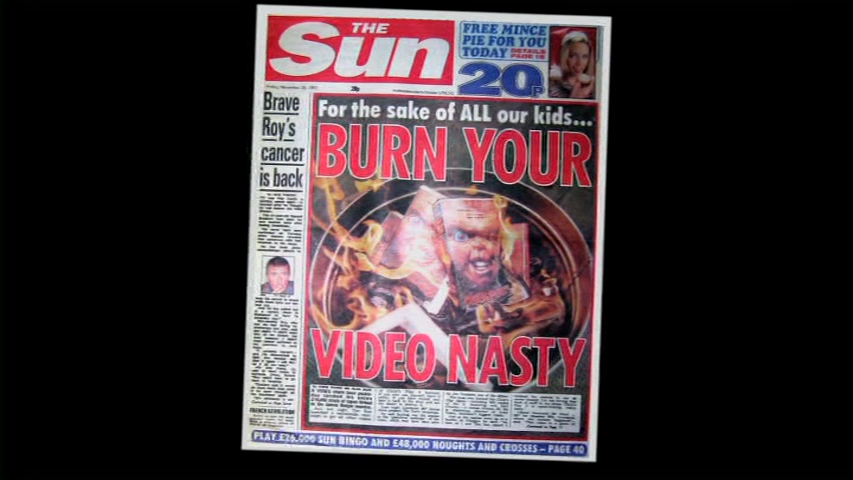 In fact, that is what it seemed to boil down to - Will the purchase and viewing of these films in the home (whether a home has children or not was of no difference) leave the children at risk. The answer, at least to James Ferman, was "yes!". Ferman's power reached a tyrannical breaking point when he suggested that any film that could of questionable content to the youth be banned from private ownership on video and from private home viewing. Again, the question of whether a home had children living there did not matter. This proposal did not care on the purpose of a film or its artistic merit (I'll leave the debate of one film's artistic merit vs another film's for another day). This means that films widely held as classics like The Godfather or Schindler's List would be illegal for an adult to buy and watch in the comforts of their own living room. Luckily Ferman's team realized the wide reaching and frankly damning implications this would have and talked him out of it.

The fact remained however that many horror and exploitation films were just too damned violent, vile and disgusting for anyone to own and view in their uncut nature. Films underwent such heavy censorship that very little if any of the actual horror remained. What was left was some odd minutes of a totally illogical and disjointed group of scenes. Not only was the gory, nudity and violence removed the film itself had been destroyed in many cases. This didn't stop fans from seeking out these video tapes and acquiring them of course. Uncut releases from Germany and other areas of Europe were smuggled through customs and passed their dogs and fans would post ads in fan published magazines and newspapers with lists of what titles they had for sale or trade or their wishlists. The bootleg market boomed at this point and many video rental stores even had secret back rooms for trustworthy customers to get their fix.

This black market boom in illegal video tapes led to police raiding many homes, businesses and trade shows. Anywhere these contraband tapes were being stored, swapped or duplicated was subject to search and seizure. The accounts with this documentary are funny at times with many first hand accounts of collectors having their home raided and the police having no real idea of what they were doing with my personal favorite example being from contributor David Flint, author of "Babylon Blue" when he was raided and some 70 or 80 tapes were seized including some properly certified PG rated kids titles but hardcore porn was skipped over and "Nudie-Cuties" was taken but "Nudie-Cuties 2", which was right next to it on the shelf, was skipped over! 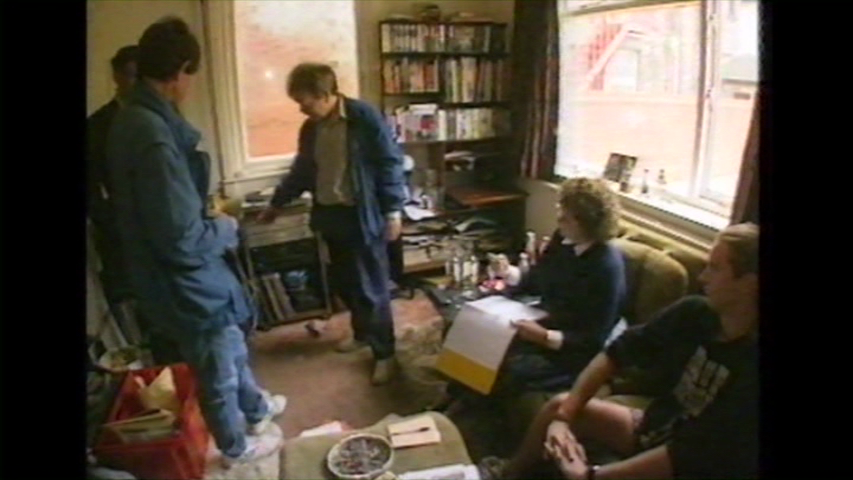 THE VIDEO NASTIES: DRACONIAN DAYS is a must-see documentary for any horror and exploitation fan as a piece of history for the genres but more importantly it is a work that all artists should view regardless of their medium to show that we'd be damned to let history repeat itself with this type of censorship. Jake West has made an important film that will stand the test of time as an article and example of what once was and hopefully will never be again in the world of censorship and art in the home.

The Audio & Video
Severin Films has released a nice overall set here with an anamorphic widescreen transfer that is sharp and has good color reproduction. The sit down interview footage obviously looks better than footage shot 15-30 years ago but even the older footage still looks fine. There's no damage or dirt with the source material. The English audio is handled through a mono track which is nothing special but it gets the job done with no background noise, popping or crackling. While the audio isn't dynamic it gets the information across perfectly which is what's important. 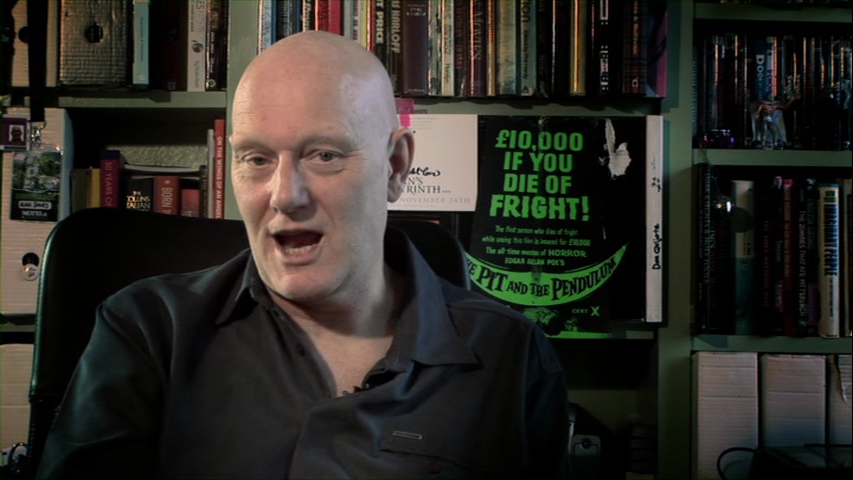 The Extras
Disc 1
-Fanzine Flashback - A gallery of classic covers from the prominent fanzines of the video nasties era.
-DPP 72: The Final 39 - A still gallery of video cassette covers of 39 of the 72 films that were successfully prosecuted and anyone found with these tapes would be liable for prosecution.
-DPP 82 - A still gallery of the "Section" 3 tapes that were not prosecutable despite being liable for seizure.

Disc 2
-Section 3 Films A-L: Trailers for each of the 82 "Section 3" films with lengthy introductions (optional). These introductions are closer to mini commentary tracks than simple intros!

Disc3
-Section 3 Films M-Z: Trailers for each of the 82 "Section 3" films with lengthy introductions (optional). These introductions are closer to mini commentary tracks than simple intros! 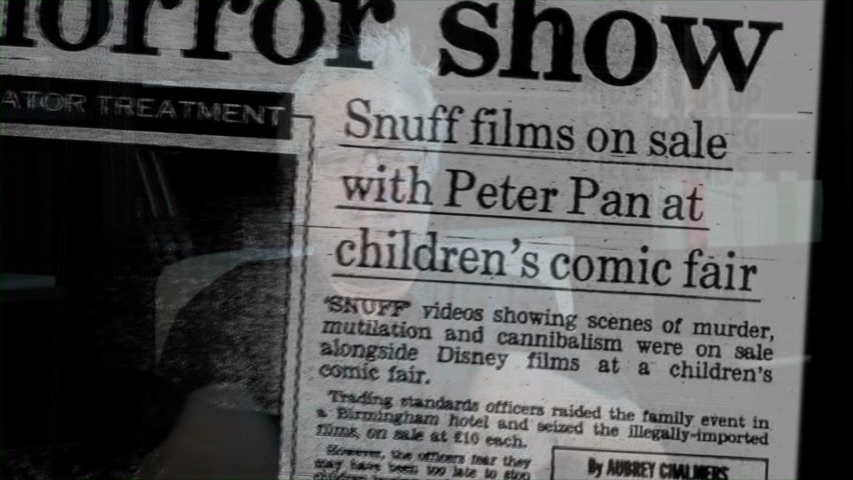