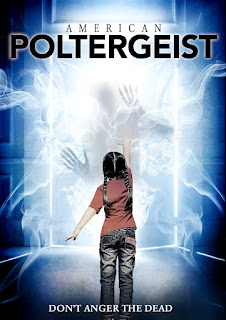 The Film
There's a hundred reasons that a film is renamed prior to its release. Usually the reason has to do with marketing which obviously has a direct effect on the profitability a film has. Sometimes a new title has a film's artistic stance or merit in mind but usually it simply comes down to money in some shape or form.

Original titled "Provoked", AMERICAN POLTERGIEST centers around a group of amateur ghost hunters who are growing more and more frustrated with their lack of any real evidence. Tensions grow within the group adn rifts form within the personal relationships of the group. Bickering leads to full blown fights and the negative energy quickly turns into taunting and angering the spirits that haunt the house until the spirits make themselves known in ways the group can only hope to survive.

While the AMERICAN POLTERGEIST title will certainly get the film more exposure whether on purpose or happy accident, the title doesn't fit nearly as well as the original title "Provoked" does. The original title was simple but effective. You almost know that some sort of sleeping bear was going to be awakened and that something bad would happen. The only thing that really makes the AP title fit is that there are multiple scenes of ghostly stacking like in Tobe Hooper's Poltergeist's chair stacking scene. It is an obvious take on that infamous scene. 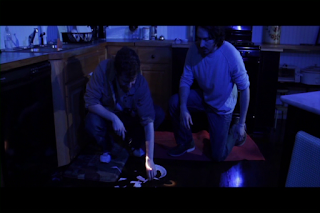 The movie itself is slow going, there's a few little ghostly moments like the stacking of food or faucets running on their own but the first two acts are mainly filled with little horror and lots of drama within the group and honestly it was tedious at first. I thought to myself "oh here we go..." just hoping the bickering would turn into something good. Luckily it stopped before it got too bad and the movie carried on into a decent independent haunted house movie with influences from both modern and a bit more vintage films.

Tony Moran's character offers some comedic relief and he's genuinely funny. A small role but it offers a bit of fresh air to a movie heavy in relationship drama. It comes at a time to get the viewer smiling just before the storm hits which adds to the horror elements of the movie. The acting is solid and direction is competent.

The Audio & Video
Wild Eye Releasing gives AMERICAN POLTERGEIST an attractive DVD presentation. The anamorphic widescreen transfer is sharp for a DVD and features strong colors and clarity. The English 2.0 audio has a good mix with the score and is damage and distortion free. 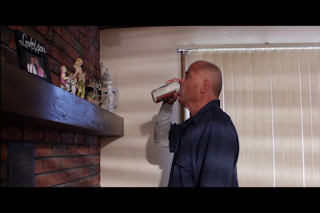 The Extras
-Audio commentary with the director
-Behind the scenes featurette including an actual paranormal investigation with the cast and crew! 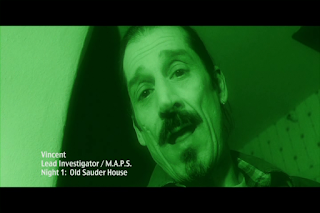 The Bottom Line
While AMERICAN POLTERGEIST isn't totally original and the title definitely makes us think of the films that influenced it this indie paranormal chiller is definitely worth a look.