THEY WILL OUTLIVE US ALL (DVD Review) - Wild Eye Releasing 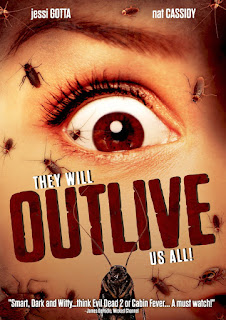 The Film
A series of super storms have rocked New York City leaving it largely cut off from the rest of the world as all tunnels and bridges are closed. The government has aided food and supply drops but life is tough as water usage is rationed. The big apple is quickly becoming a dystopian wasteland but Margot and Daniel have more immediate problems lurking right inside the walls of their apartment building as hideous monsters and mutant roaches put them in grave danger.

THEY WILL OUTLIVE US ALL started out like any low budget horror thriller might. There was nothing particularly special about it and I could probably find plenty to complain about like how they didn't go far enough in showing a dystopian city landscape. That would have made the movie cooler. More crazy special effects probably would have made the movie cooler. I can go on but I want to talk about a movie that genuinely surprised me and entertained me immensely for its 73 minute runtime.

Margot and Daniel have to deal with their not so ideal circumstances but are trying to make the best of it while a couple of their neighbors have turned up dead and the apartment manager is missing. There's a weird black slime all over one of the deceased person's apartment and they find it in various places in their own unit. One night they're attacked by a mutant cockroach the size of one of Shaq's shoes. This monstrous bug is hilarious and gross and managed to creep me out. Add in that the property manager has turned into a brainless drooling monster person and the couple's fight for survival is getting harder and harder. 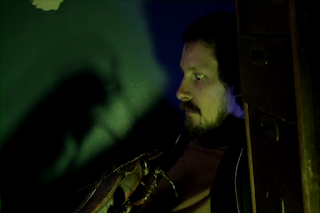 The film has a quirky and strange energy to it that reminded me of Evil Dead 2 meets Joe's Apartment. It was funny without having to shove jokes down your throat and yell "laugh at me!". The minimalist attitude that the film was largely forced to take due to budgetary reasons ends up working out in the film's favor as it does add a bit of claustrophobic terror the subconscious of the viewer's mind. The couple is stuck in their apartment but quickly find that they aren't safe there and the dangers inside and out are getting closer and bigger and they may not be able to make it.

THEY WILL OUTLIVE US ALL was just another low budget indie horror movie that would come and go from my memory in a flash and six months from now I wouldn't be able to give you any insight on the film itself without reading up on it. And then I watched the movie and found a lovingly made, funny and a bit gross horror movie featuring a giant rubber cockroach and a flawed presentation that I can live with because the movie itself was so pure and honest that I couldn't help but really enjoy it.

The Audio & Video
Wild Eye Releasing brings this one to DVD and does so competently. The digital photography is on the lower end but still looks solid in this anamorphic widescreen transfer. The image isn't super sharp but is clear and clean. Colors are a bit muted but there isn't a ton of crazy colors to worry about either way. The English audio has a nice stereo mix and great clarity. There's no damage or background noise to speak of. 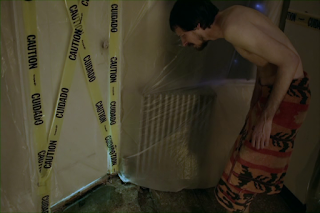 The Extras
A selection of trailers are included 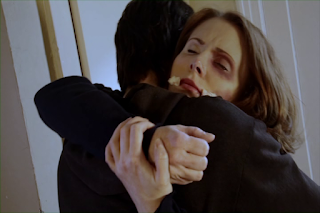 The Bottom Line
If you're a fan of claustrophobic, single location horror films that are heavily influenced by zany comedy then you should check out THEY WILL OUTLIVE US ALL because it deserves your attention.

THEY WILL OUTLIVE US ALL is available HERE
Posted by Celluloid Terror (Seth Poulin) at 8:01 PM