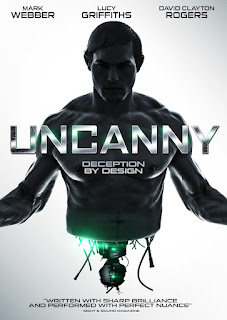 The Film
David Kressen is a bit of a genius and for the last decade he has lived a secluded life with his inventions including the most lifelike artificial intelligence creation ever, a robot named Adam. When reporter Joy Andrews is granted access to David and his work she is attracted to his work and its creator but fears Adam may be learning to feel emotions of jealousy and anger toward her.

Simple yet effective, UNCANNY is a small scale film that does everything right. The main cast of three which is filled out with Rainn Wilson in a supporting role at the end, are fantastic and carry the screenplay with grace. The characters are interesting and developed throughout the movie giving the audience a group to really care about. 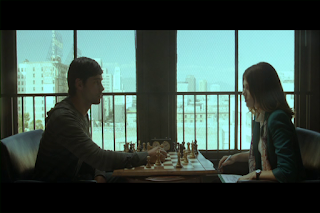 There's not a lot going on here, most of the movie happens in the character development and a few key scenes but it is perfectly paced and is full of enough surprises and small thought provoking moments to keep the audience fully engaged from start to finish.

The Audio & Video
Image/RLJ Entertainment give us a nice DVD with an anamorphic widescreen transfer and a clean picture quality. Colors and flesh tones are good along with black levels being deep. The 5.1 Dolby Digital surround audio is free of any damage or background noise and has a great mix job. 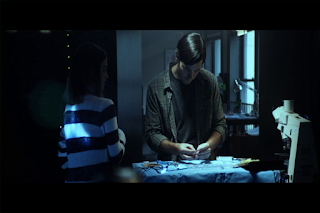 The Extras
A selection of deleted scenes is included. 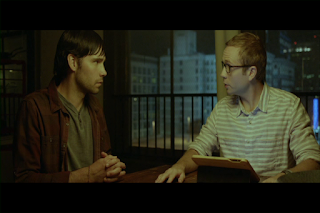 The Bottom Line
UNCANNY is a sci-fi film built on good acting, a good screenplay and character development and is deserving of your attention.