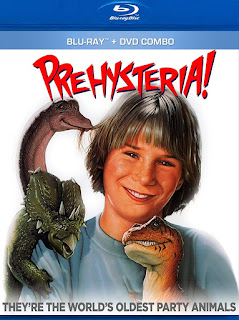 The Film
Rico Sarno is a crooked collector and dealer of antiques and finds a stash of unhatched dinosaur eggs in a South American temple. He brings them back but mixes up the cooler he's keeping them in with that of frequent customer Frank Taylor (Brett Cullen). Frank's kids discover the mix up and take care of the hatchlings after the family dog incubates the eggs and try to keep their discovery a secret but Rico and his henchman turn the Taylor's life upside down and put their lives in jeopardy to get his dinosaurs back. 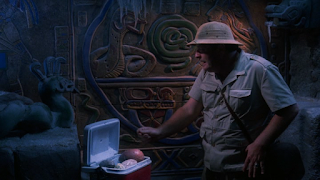 PREHYSTERIA! is a video store era family classic that cashed in on the building buzz surrounding the release of Jurassic Park very similarly to how production companies like The Asylum operate today. Instead of trying for a mock blockbuster Charles Band, ever the businessman, went in the direction of a children's adventure movie keeping costs low. Austin O'Brien stars as Jerry Taylor, and he's a face that you certainly recognize as he was a go-to child lead in that era having also starred in Last Action Hero and My Girl 2. He's a good lead that any kid can connect with as he rips on his older, cooler sister played by Samantha Mills in what seems to be her final screen acting credit. The siblings end up bonding over their little baby dinos including T-Rex, Triceratops, and "the flying one" among others.

I remember PREHYSTERIA! fondly, it's one of the earliest introductions to Full Moon and their children's imprint Moonbeam Films that I have and it was definitely a favorite that you'll find people in their late 20s to mid 30s remembering renting at the video store even if they grew up to have no interest in Charles Band or cult film at all. That's the type of power and pull a lot of the Moonbeam titles had over kids looking up at the seemingly endless rows of tapes for rent. My excitement dwindled and dwindled as I rewatched the movie however. It became pretty clear that PREHYSTERIA! might not be the rip-roaring prehistoric adventure I remember and by the end I was honestly surprised by just how little there is going on in the movie. There's a couple wacky scenes of dino shenanigans and one scene of the family really being attacked by Rico but this plays more like a two-part TV episode than a feature film and even at that I'm not sure I would have tuned back in after the "to be continued" screen flashed at the end of part one. Some dinosaur eggs are better left buried in the past and it pains me to say that PREHYSTERIA! is one of them. 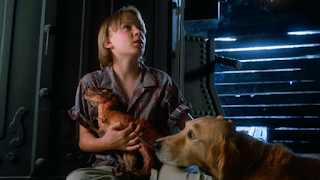 The Audio & Video
Full Moon finally brings their children's label Moonbeam Films fan favorite to Blu-ray with a 16x9 anamorphic widescreen transfer that looks solid overall with good colors and clean, warm transfer. The high definition transfer has been remastered from the original 35mm negative but at times lack truly excellent detail depth. The audio is presented with two options, a 5.1 surround track and a 2.0 digital stereo track. There's not much going on in the movie in terms of exciting or flashy sound design or effects so either track really does the movie justice. The quality is solid, free of any distracting distortions or background noise. 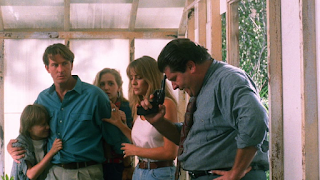 The Extras
Special features include a commentary track by star Austin O'Brien and director Charles Band and the original Videozone featurette. 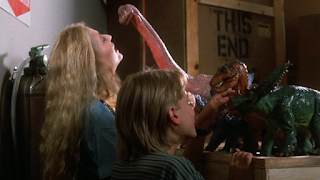 The Bottom Line
PREHYSTERIA! has received a suitable Blu-ray release to give all of us that remember the film from its video store days a trip down memory lane but unfortunately once the nostalgia wears off you'll find out that there's really not much going on in PREHYSTERIA! and it's better left as a childhood memory.

So is it worth the commentary? I remember the VHS day hype on this one. Would pick it up if Band has good info to talk about unlike most of his other commentaries.

Actually, it is a pretty interesting listen. Not the typical dry track from Band. If you're a big commentary track guy that might make this one of more interest to you

Useful article, thank you for sharing the article!!!