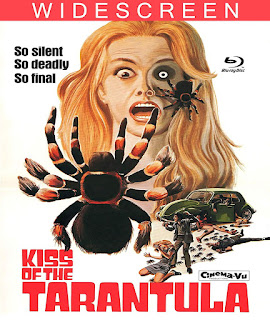 The Film
Susan is a lonely girl living with her parents in their mortuary and typically only spending time with the spiders she keeps as pets in the basement. When she learns of her mother's wicked plan to murder her father she unleashes one of her deadliest pets, a tarantula on her mother with deadly results. Now in her teens and bonded to the spiders stronger than ever Susan and her pets make a deadly duo for anyone that thinks they can walk all over her. 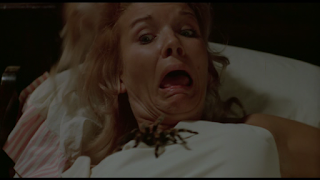 KISS OF THE TARANTULA is a play on Willard but exchanging a young man for a girl and his pet rat for some red-kneed Tarantulas. The film does a good job showing the affection Susan has for the arachnids early on and tries its best to make them as terrifying to watch as they slowly plod along the chests, shoulders and faces of their victims without any sort of graphic violence. The film earns every bit of its PG rating, never showing blood or nudity, quite a rarity for a drive-in horror picture of the mid 1970s. It never tries to imitate those moments and cheat us out of the payoff however so I do give it credit for that. It seems most of Susan's victims die simply of fright. That doesn't account for the incestuous uncle subplot that makes the whole thing weird and wacky for any 70s triple bill. 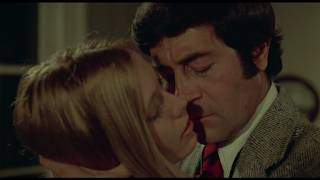 I've been a fan of KISS OF THE TARANTULA for years as I've found the connection between Susan and the spiders to be a suitable vehicle for the film and enjoy watching her tormentors who tease her, break in to her family's home to steal caskets as a prank and even end up killing the only person her own age who treats her with respect, squirm, squeal and cry as the spiders plod along towards them, on them and over them until it is all just too much. Of course I do wish the film took a more traditional exploitative approach and offered up something a bit more violent and nastier, it would have definitely helped the film's reputation and given it a bigger fan base but there's worse ways to spend a rainy afternoon than alone with Susan and her eight-legged friends in the basement. She really should meet Willard one day... a match made in pest heaven.

The Audio & Video
VCI Entertainment gives KISS OF THE TARANTULA a Blu-ray for the first time after previously releasing the film on DVD. The back of the Blu-ray boasts that it has been restored and remastered in a 2K scan fro the original 35mm negative and I believe that as the picture does have a decent sharpness to it that gives way to moderately improved detail level. There is a yellowish tint over the picture that I don't remember from watching previously released version of the film. It isn't too bothersome but worth noting. The 1.85:1 aspect ratio does preserve the film's original aspect ratio. The audio is presented in a LPCM 2.0 English track and sounds good. I didn't notice any background noise, hissing, popping or other imperfections. The mix is simplistic but adequate to the film. 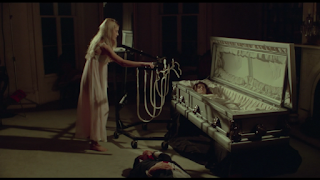 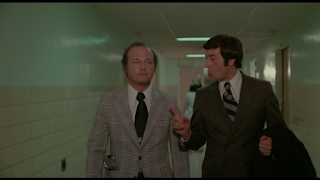 KISS OF THE TARANTULA is available HERE
Posted by Celluloid Terror (Seth Poulin) at 10:37 AM