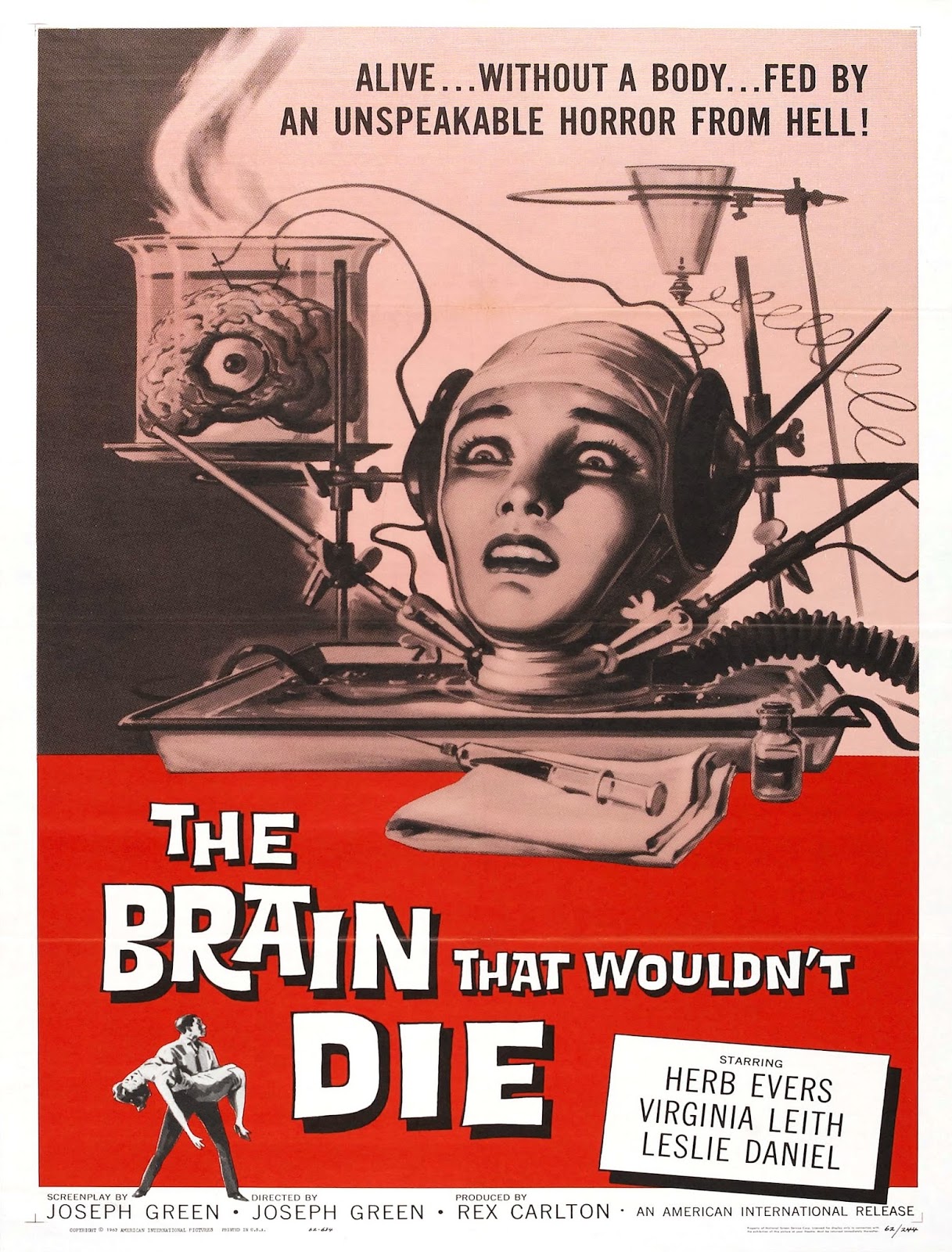 A bit of classic sci-fi seemed like a good idea to start the 8th day of the challenge so THE BRAIN THAT WOULDN'T DIE was called to duty. This is a classic example of 1950s sci-fi with a doctor obsessed with developing new transplant techniques. While driving to his secret mountainside lab he wrecks his car and his wife in the process. Finding her severed head, he quickly wraps it up and brings it to the lab and hooks it up to all sorts of wires and machines to keep it alive in hopes of transplanting it to a new body. While the man searches for the perfect body his wife's head plots revenge as she doesn't want to be kept alive in this manner.

THE BRAIN THAT WOULDN'T DIE plays out conventionally and there isn't a ton of surprises going on but there's a nice surprise when the monster that's kept in the closet is released. Otherwise there's nothing too special but nothing to complain about either. 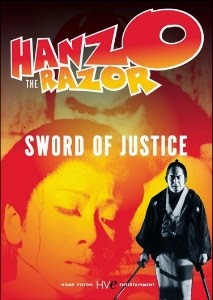 The next few movies are a trilogy that I've put off for quite a while since buying the boxset a few years back. I figured it was way passed time that I finally checked out the HANZO THE RAZOR trilogy. This mix of samurai action and drama along with the exploitative nature of pinky violence comes together in this rock solid series of films featuring Itami Hanzo played by Shintaro Katsu (Zatoichi) as a rebellious samurai officer who has great disdain for the corruption within his own comrades and the government. 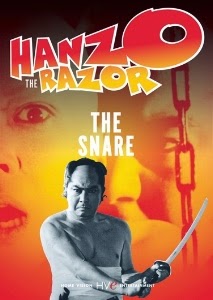 Each film takes Hanzo on a journey to track down a major criminal and along the way he uncovers and takes down some corrupt officials. Each movie is filled with violent sword fights, usually leaving Hanzo at a great disadvantage. Hanzo's skills leave bodies strewn across the floor and blood splattered across the walls. Hanzo's home is full of traps such as spike pits, secret arrows shooting from the walls, spears falling from the ceiling and secret caches of weapons hidden in the walls by his bath tub. 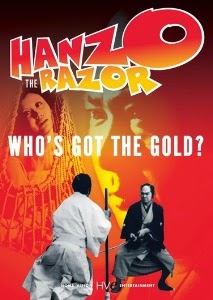 Oh and did I mention that Hanzo has a giant dick? Yeah, he does. And he works at keeping its strength up because it is a major tool (pun fun) in his arsenal to get women to confess or tell him what he wants to know. There's quite a bit of sexual torture going on in the series and though it all feels a little silly when you really think about it, it still manages to really make these pictures dirty. On top of the sexual torture there's plenty of nudity (duh) and arterial blood sprays that are always fun to see. Add a touch of surrealism and horror in very small doses and HANZO THE RAZOR is a damn fun trilogy. 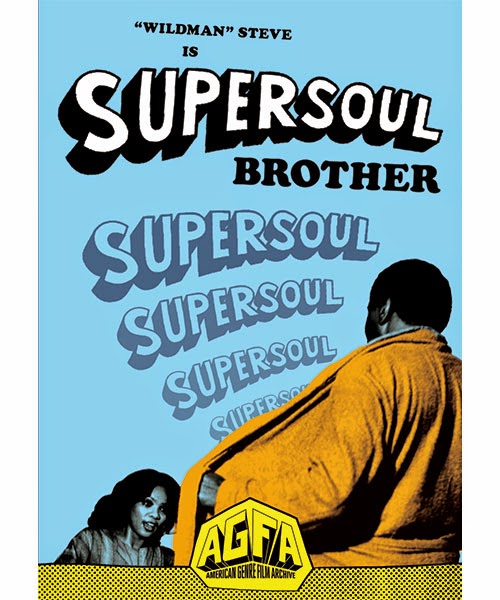 Last up was SUPERSOUL BROTHER, or the title on screen THE SIX THOUSAND DOLLAR NIGGER. I do love that alternate title as it perfectly sums up what this is- a cheap blaxploitation take on The Six Million Dollar Man. Starring Wildman Steve, Peter Conrad who was the midget in Tobe Hooper's The Funhouse along with roles in both Porky's and Porky's 2, and a whole slew of others who never appeared in another movie, this piece of exploitation sees a homeless man get selected to get picked up, cleaned up, laid and eventually injected with a super power serum all to steal the safe from a jewelry store. The plan goes bad for the doctor and his henchmen when they find out Steve is now bulletproof! SUPERSOUL BROTHER is a lot of fucking fun. It has awful dialogue but the acting actually isn't as bad as you may suspect... yeah it's not good but I've certainly seen worse. This is just a movie to sit back and enjoy for how ridiculous it is. It's funny, trashy and damn fine blaxploitation, and Wildman STeve is so awesome in it. The DVD from Vinegar Syndrome will be out on April 14!