A day late but that just means an extra day's worth of viewing for you lovely people... 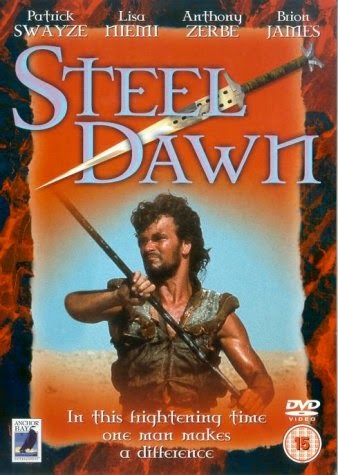 Day 20 had one lone movie, the disappointing STEEL DAWN. This Mad Max rip off starring Patrick Swayze was a movie I had long wanted to see. I was interested in seeing Swayze in one of my favorite types of film, trashy post apocalyptic action/sci-fi. Well nothing in STEEL DAWN really wowed me. Swayze didn't have the charisma to carry this movie and nobody else really seemed to be giving it their all. There wasn't nearly enough action and the set pieces were generic and plain. This movie seemed totally fine with being sub par. 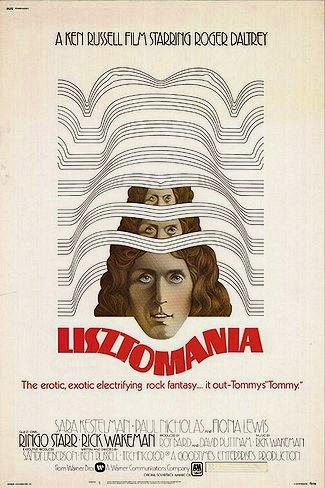 LISZTOMANIA was the next movie on tap. This bizarre mash up of ideas and genres from director Ken Russell and starring Roger Daltrey, singer of The Who, was one of most "oddball" oddball movies I've ever seen. Part musical, part historical drama, with a bit of exploitation and arthouse thrown in there's so much going on here. I sort of loved it. I also found it to be a bit of a mess. LISZTOMANIA definitely needs multiple viewings to pick up on all of the weirdness going on. It's not a particularly hard movie to follow from a narrative standpoint but I know there's so many things that I missed that will certainly make it even more out there. 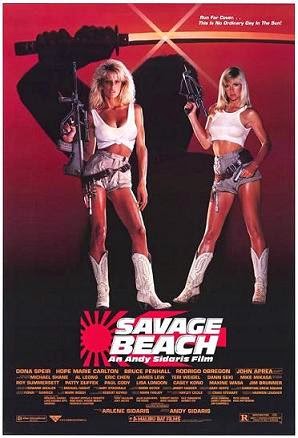 I needed something a bit more straight forward and stupid so I went with SAVAGE BEACH from director Andy Sidaris who is known for making shitty action movies based around hot women who run around in bikinis (and often less). Tits, explosions, an island of children that presumably died, hidden treasure and gold bars, samurai leftover from WWII and plane crashes just begins to sum up the sighs you'll see in this one. It's not good but it's definitely entertaining to the Nth degree. Unfortunately it loses a couple of points because it drags on way too long. This movie should be 75-80 minutes and clocks in at almost 100. I have no problem with long movies but shit like SAVAGE BEACH has no need to be a long film, especially when it's full of filler and padding. 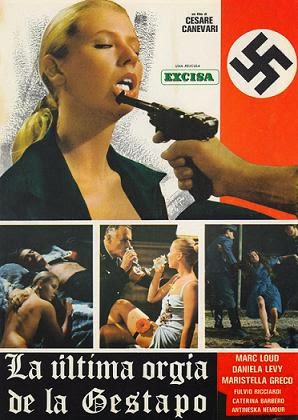 And the last film for day 22 is one of if not the best example of Nazisploitation that I've seen. GESTAPO'S LAST ORGY is technically sound, full of solid acting and has a decent story to boot. Don't let that fool you as it is also stands toe to toe with the nastiest films the genre has to offer. Plenty of nude women being used for nothing more than to rejuvenate soldiers to get them back onto the front lines, cannibalism, unborn fetus stew, murder and sexual humiliation. What else can you ask for? How about interesting and eye catching set pieces to hold the whole thing? Yeah, I really liked this despicable film.