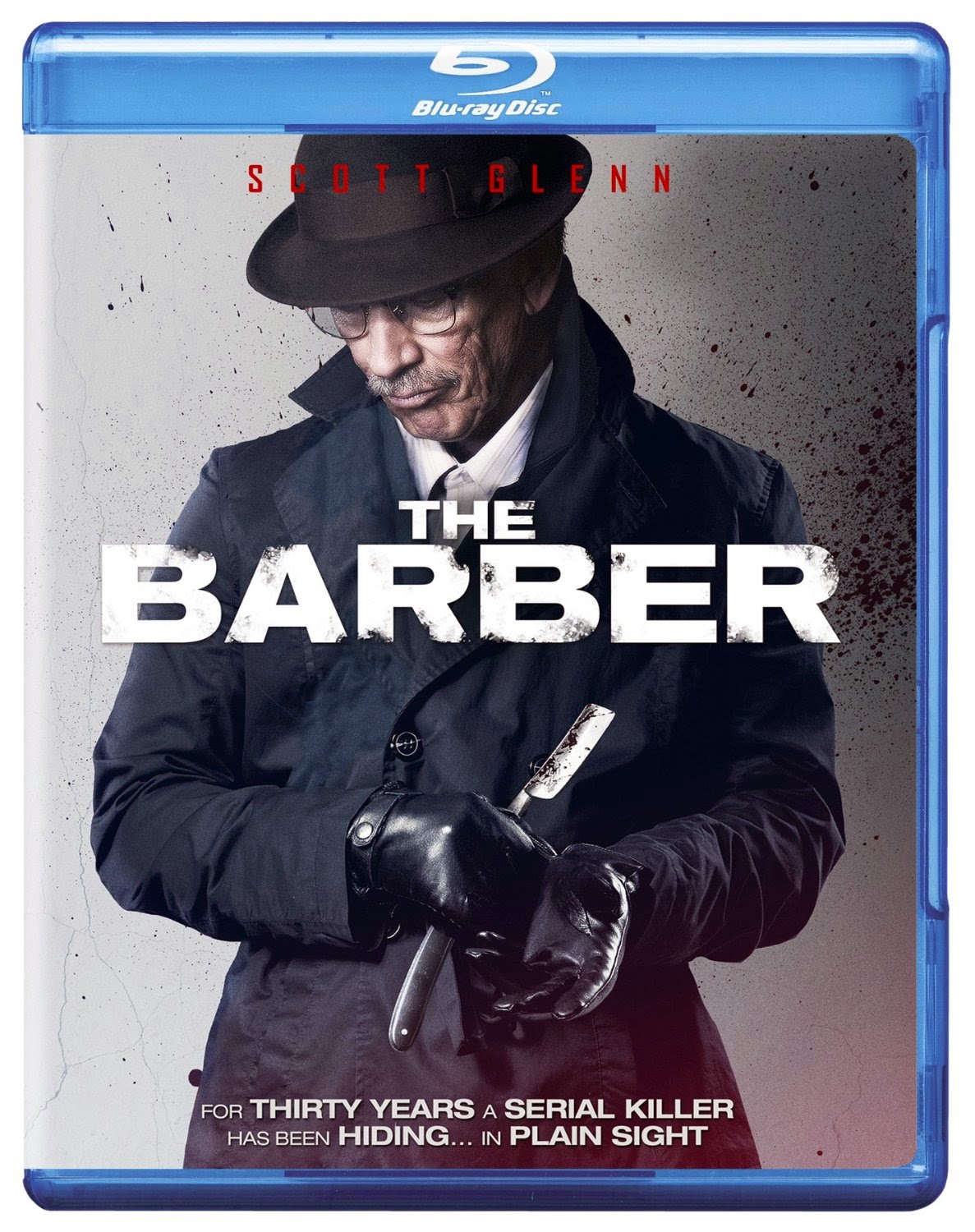 The Film
A small town barber is hiding the secret that twenty years earlier he was charged with several murders but was released due to insufficient evidence. The detective in charge of the case committed suicide at the result of having to let the killer walk free. Now a man knowing the barber's true identity has come to him asking him to teach him his ways which begins a twisted game of cat and mouse and the true intentions and identities of those involved will be revealed.

Top to bottom, THE BARBER is a solid crime thriller. The performances from Scott Glenn and Chris Coy are excellent and they do a nice job playing off of each other. There's just enough sex appeal to add that flair to the mix which makes the murders all the nastier and more gruesome. Without an excess in action the film relies on its script to be engaging and carry the viewer to the end without losing their attention. It does that. The script is tight, maybe too tight as I was left wanting more out of the barber and his new found "friend".

The finale is worth sitting through the rest of the movie for alone even if it wasn't a quality production but it makes me want even more out of the interactions. I would have loved to see it drawn out a bit more. I can't complain too much as THE BARBER is a good film even if its a case of leaving the viewer wanting more maybe not being for the best. Or am I being selfish?

The Audio & Video
Arc Entertainment gives the film a beautiful HD 2.35:1 anamorphic widescreen transfer with great clarity and sharpness. Detail in textures and skin tone is strong and natural with no signs of DNR or edge enhancement. The English 5.1 DTS-HD master audio track is crisp and stable with no damage or background noise. The mix is excellent and really sums up the overall A/V quality of the disc.

The Extras
Special features include an alternate ending and a selection of extended and deleted scenes which do satisfy my desire to see more between the two men a little bit. There's also a trailer included.

The Bottom Line
If you're a fan of crime films you should absolutely check out THE BARBER as it is one of the tighter examples of the genre I've seen lately.

THE BARBER is available HERE
Posted by Celluloid Terror (Seth Poulin) at 4:32 PM