Day 16 featured a couple of films and day 17 had none as I spent the day on a small road trip to West Virginia to check out a couple of mom and pop video stores that I found were still open. While the trip was fun, and my friend Shawn and I were able to find some cool stuff there was no major finds unfortunately. Let's talk about day 16... 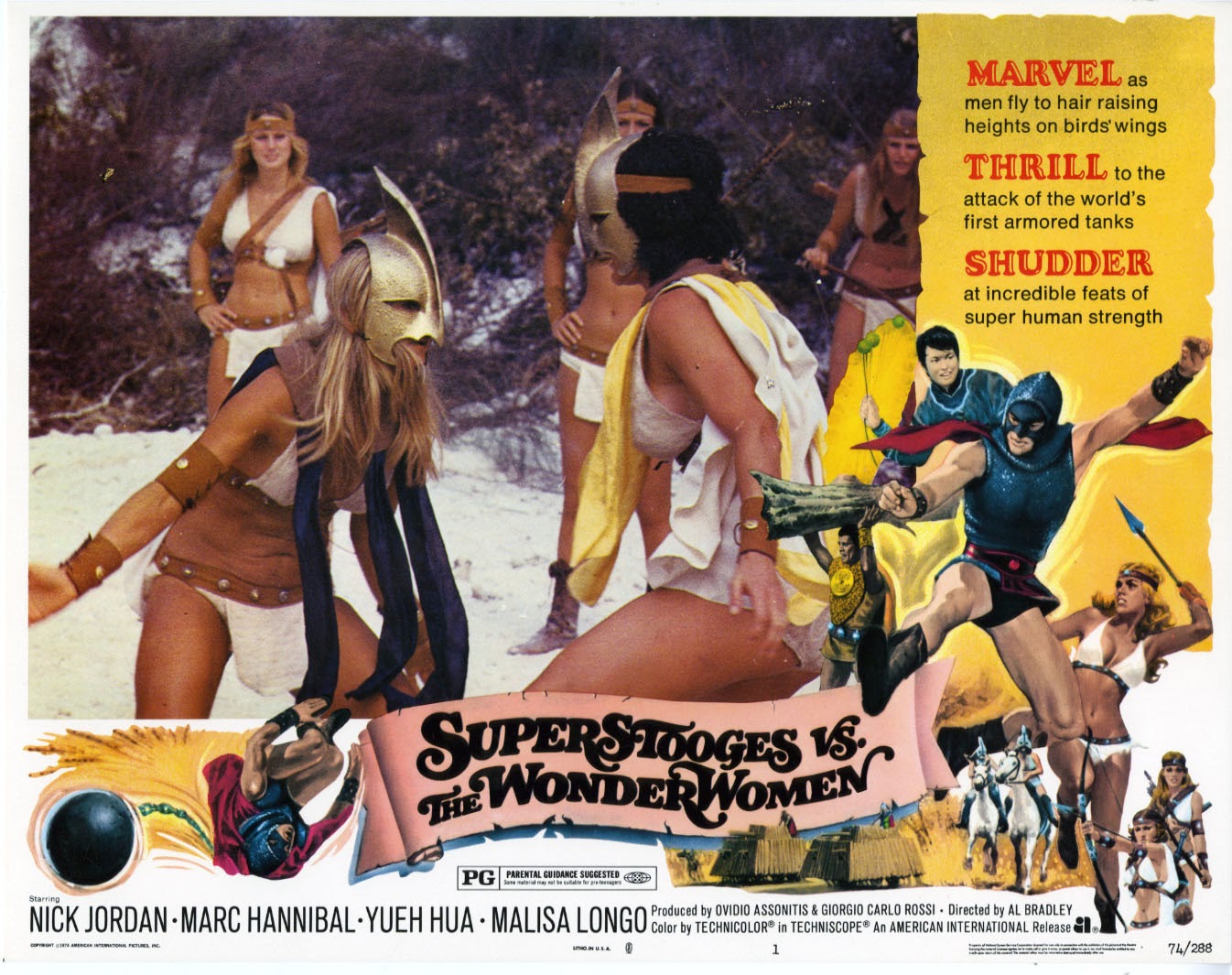 I decided to finish out the double feature disc that Amuck! was part of and watch the oddball film it was paired with - SUPER STOOGES VS THE WONDER WOMEN. This is a bizarre mix of low rent action, attractive women, and cheap everything set in random empty fields for large parts of the film. The story goes something like a few heroes dressed up like luchadores who got their costumes from the underwear drawer, protect a village from the violent attacks of The Amazons. It's goofy, it's bad and it's sort of fun. 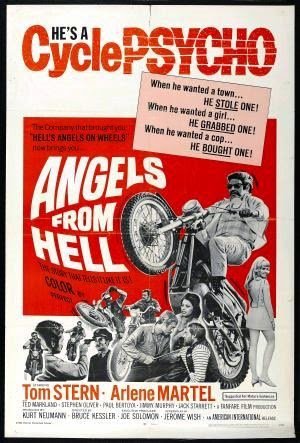 The only other film for this update would be ANGELS FROM HELL, a 1968 biker film centered around a man returning from a 2nd enlistment and a tour of duty in Vietnam. He becomes president of his motorcycle club and trouble quickly escalates with the local law and within the club. This one was okay. I was hoping for a violent piece of biker exploitation from a time when outlaw motorcycle clubs were really becoming a big part of the American landscape but it wasn't overly violent and was a bit too talky all things considered. ANGELS FROM HELL did end up being a neat look into the struggle many veterans of the Vietnam War had in coming home and not quite knowing how to adapt to a life without having to be on alert at all times so they joined a biker club that gave them a similar adrenaline rush and the clash with law enforcement that has been an ongoing problem ever since.