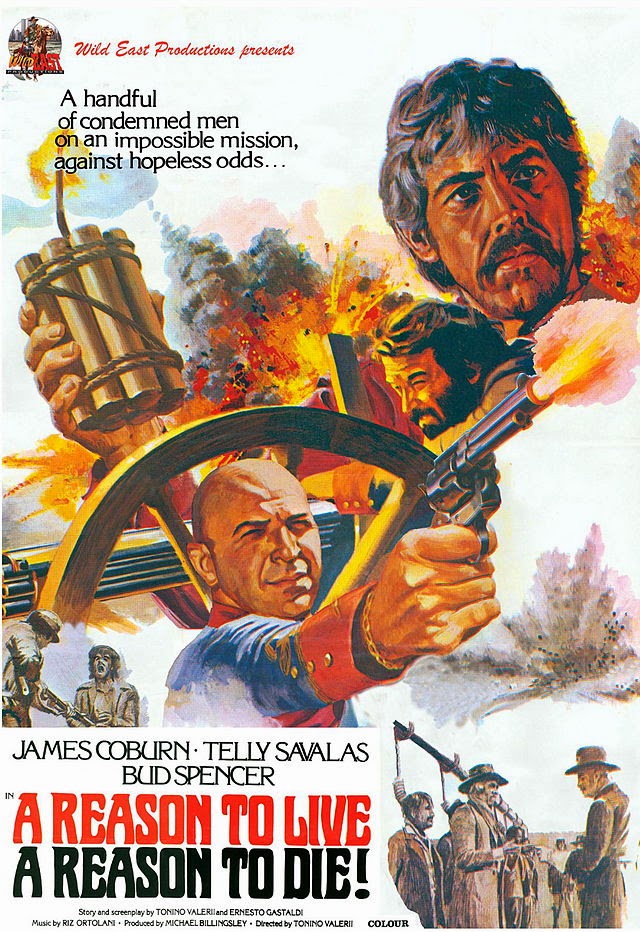 Day 18 had a pair of spaghetti westerns lead off by A REASON TO LIVE, A REASON TO DIE. Which is packed with talent both in front of and behind the camera. Perhaps the best thing the film has going for it was its photography that makes your feel the dry, sweltering heat. You can almost feel the dust clogging your lungs. There's a few moments in the film that hurt he pacing and stop this from being a great western but as it is it's still an entertaining 2 hours and a well made production. 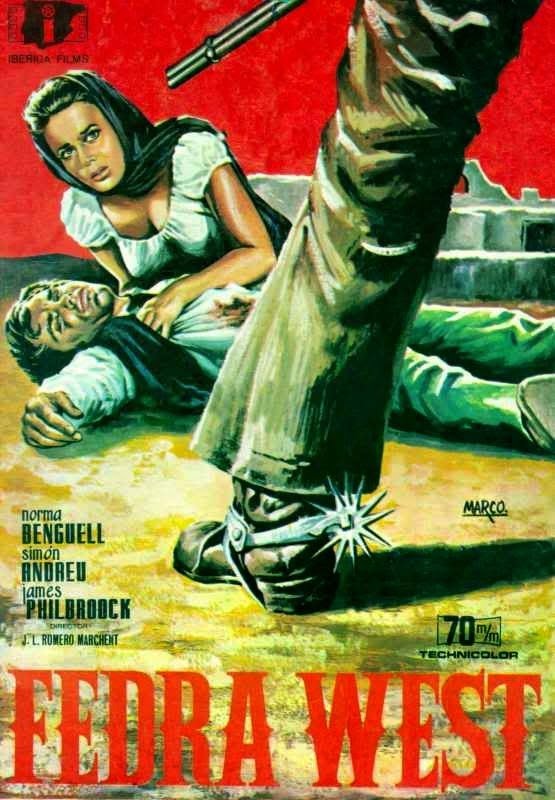 Then there was FEDRA WEST, based on old Greek tragedies and playing out more like a soap opera than a good piece of western cinema. The entire production is lackluster and feels half-assed. It is quite obvious that nobody was giving it their all from the director on down. The movie is coherent and comes together in the end and even manages to have one or 2 interesting scenes before the end but it's simply not worth trudging through 70 minutes of shit. FEDRA WEST is quite possibly my least favorite spaghetti western I've seen. 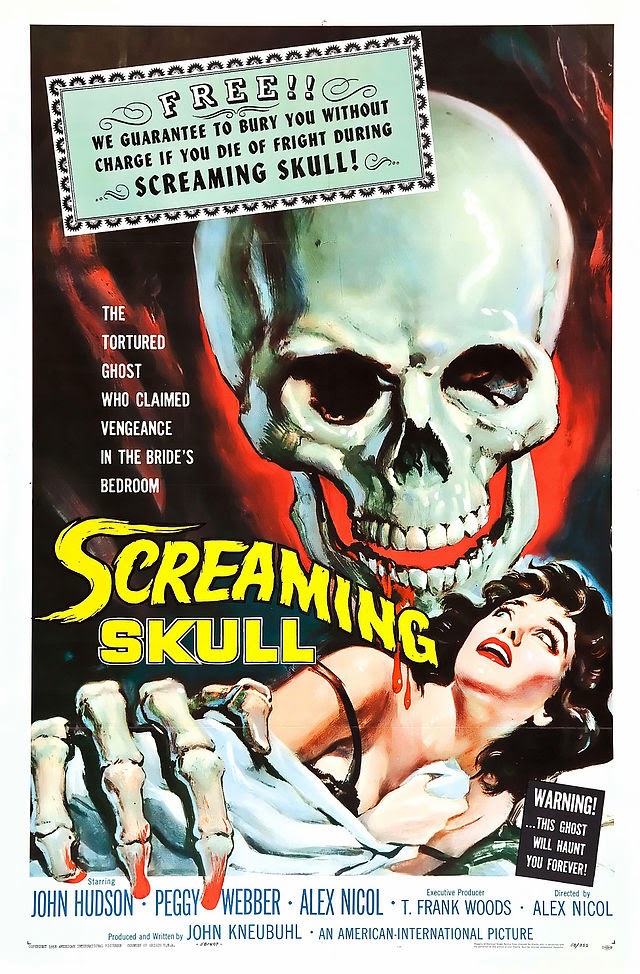 The lone film for day 19 was THE SCREAMING SKULL, a low budget, piece of drive-in horror fare. I found the film more entertaining than perhaps I should have but the simplistic story and psychologically driven horror elements all worked for me for the most part. I can easily see how someone wouldn't find the ability to appreciate this one but I'm glad I gave it a fair shot .