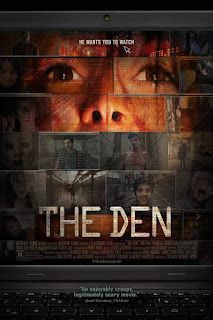 The Den caught me off guard, I was expecting annoying internet culture references and a rather boring plot line. Instead I got a pretty decent horror film based around the potential dark side of the internet and interacting with the wrong people on it. The movie moves fast as it clocks in at under 80 minutes and gets quite violent and bloody towards the end. It doesn't take the predictable path which probably would have worked had they gone that way but either way this is a solid low budget horror movie. 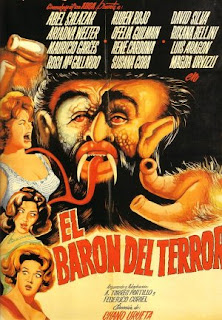 Brainiac is hailed as "the weirdest horror movie ever" on its DVD cover and while it is strange it is nowhere near the weirdest ever. It is a fun little monster movie about a man who was burned at the stake coming back to life 300 years later to take vengeance on the bloodline of those that put him to death. He has returned as a strange looking demon with a pulsating face, a forked tongue to suck his victims brains which he later dines on and rubbery hands that look like uncircumcised penises. It's straight forward in its delivery and outcome but is an entertaining Mexican horror film nonetheless. 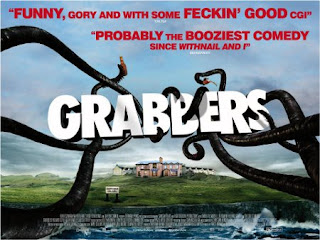 Next up was a creature feature from the shores of Ireland that I've been putting off for a couple of years for no real reason, Grabbers. A small island town is threatened by a family of tentacle monsters with razor sharp teeth and a thirst for blood. Things only get worse as dozens of eggs hatch and the giant daddy monster prepares to attack during a heavy rainstorm. These sea creatures can only survive when they're skin is wet so the storm is a perfect catalyst for their attack on land. The best defense? Get drunk and poison your blood so they won't want it, and nobody can drink like the Irish, right?! This is a funny monster movie with genuinely likable characters that suffers from being too light on the monster action. 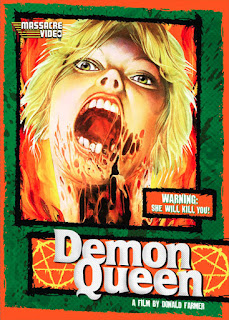 Demon Queen was next, a late 80s shot-on-video vampire movie with no real plot as Lucinda the vampire roams around shitty neighborhoods filled with dopey looking drug pushers and eats hearts and slashes throats. There's not much going on in this 58 minute shitfest that feels like it was 2 hours easily. The effects and nudity help this one a bit but there's no real reason to ever seek it out. 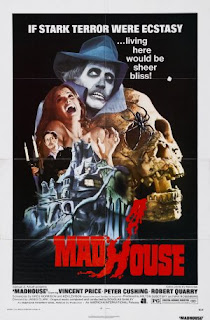 The best movie of the day was also the last - Madhouse starring Vincent Price with Peter Cushing and Robert Quarry in supporting roles. Price is on point (as he always is) as a horror movie icon who is damaged when he finds his lover murdered. A decade goes by before his writer (Cushing, who makes the most of his limited screen time) gets him back in the saddle to make a new movie but with sinister intentions. Excellent performances, interesting and bizarre characters and great writing make this one a real treat.