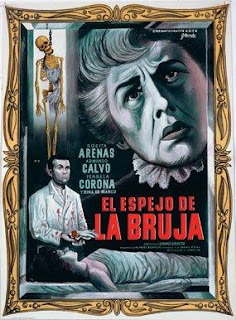 The Witch's Mirror is a chilly and creepy tale of black magic and revenge as a witch seeks vengeance after the murder of her daughter by her husband.  The story is simple and the film is beautifully shot and framed and is thick with atmosphere. Had it felt less familiar and given us a couple more moments that we maybe haven't seen before, or if the production felt just a bit bigger I think this one could be a classic. It's still quite good and one of my favorite Mexican horror films I've ever seen.

I wish the next two films of the day were as good as The Witch's Mirror but that's how these marathons go. 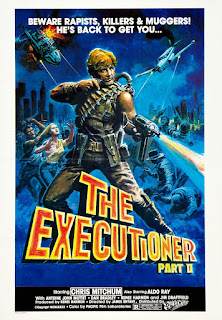 The Executioner Part 2 has a great poster, a great plot fit for exploitation gold. Hell even the opening 10 minutes are promising. And then it comes to a grinding halt where we have to watch a couple girls beg for cocaine with awful acting and horrible dubbing and just plain boring bullshit. This movie drags on and on and on and on. I wasn't expecting anything amazing and I definitely was expecting subpar filmmaking but I was at least hoping to be entertained. The only thing The Executioner killed was this movie. And for those wondering, no, there's no part 1. 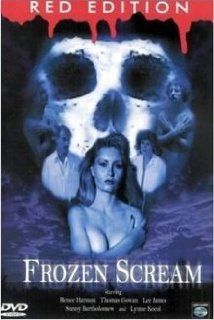 And bad goes to worse. The Frozen Scream is awful in every single way. A weak story about slowing down life functions are bringing the person back at a lower body temperature to prevent the effects of aging is just barely touched upon while a series of gruesome murders is taking place and corpses are being turned into mind-controlled zombies. Or something. I was distracted through most of the movie wondering why everyone has a German or Eastern European accent. It didn't make any sense to me. And if I hear the name "Anne" one more fucking time I'm smashing something. Without exaggerating "Anne" has to be said close to 500 times. There's nothing at all worth checking out here. This is a Video Nasty but I'm not really sure why. I guess that the single shot of an axe to a head is what landed the movie on the banned films list but I'd like to think the censors actually cared about us for real this one time and just didn't want anyone to see this piece of shit.