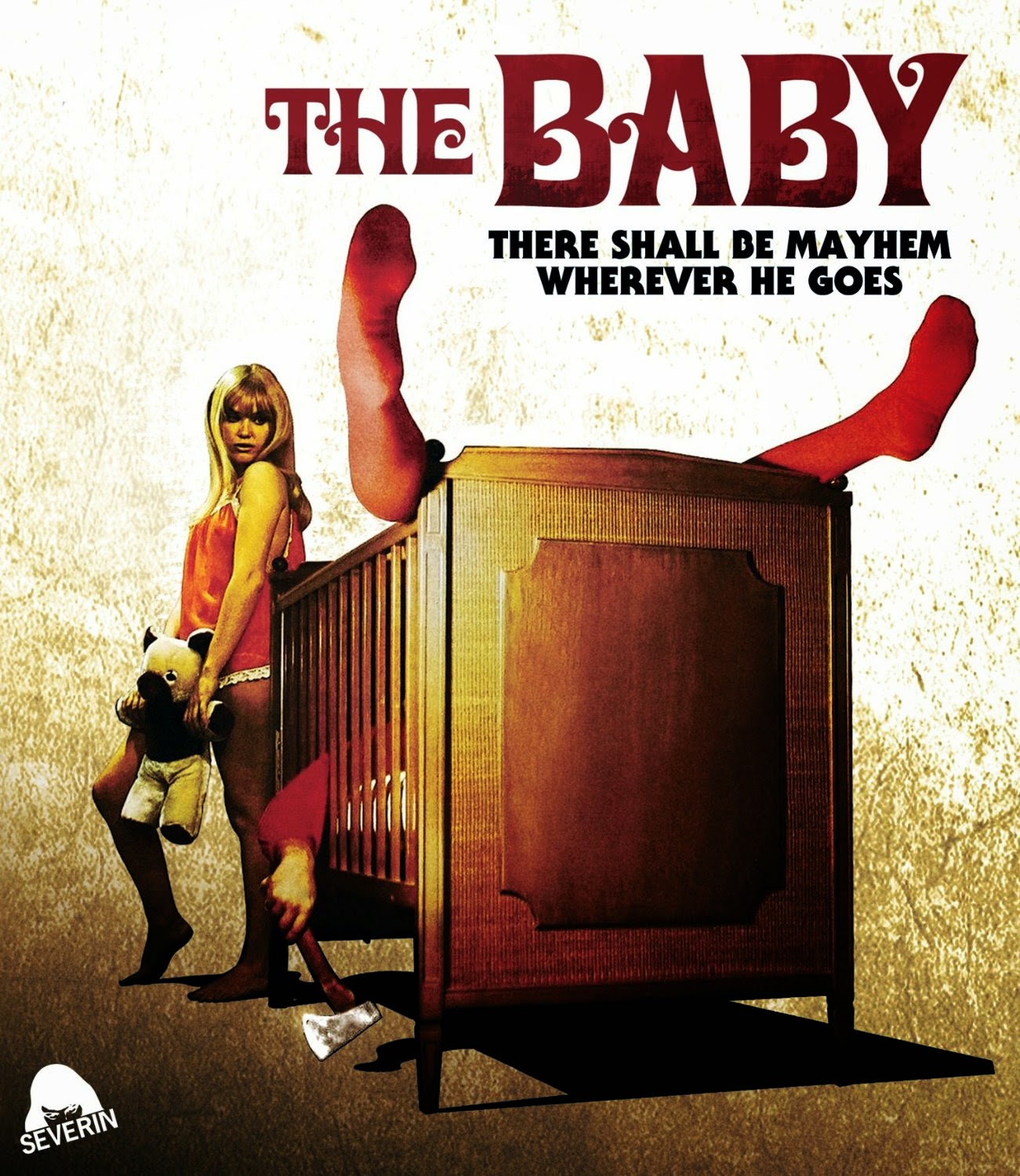 The Film
Anjanette Comer stars as a social worker who looks in on the case of the Wadsworth family. Mrs Wadsworth and her three grown daughters look after Baby, their adult infant. Baby has the capabilities of a child about a year old and is pretty much well taken care of by his family but the social worker suspects foul play and that Baby's condition is due to years of negative reinforcement. When the social worker starts prying a bit too much, the Wadsworth family invites her to Baby's birthday party and plans on a way to get rid of her for good. The family is caught completely off guard when their plan backfires in the most unimaginable way possible.

Called "one of the most bizarre films to come out of Hollywood in the 1970s" by DVD-Drive-In, I'd be willing to go a step further and say it is one of the most bizarre Hollywood films ever. THE BABY bathes and breathes in it's weirdness. THE BABY is more than weird it is a well made film. From Ted Post's excellent A-list direction to the great casting and performances from the entire cast, THE BABY manages to be a piece of exploitation from Hollywood that works in just about every way.


The Audio & Video
Severin Films has given THE BABY it's Blu-ray debut with a beautiful, film-like transfer. Detail level is high and the print is in great condition with minor speckling and scratching. Colors are natural and very warm. The English mono track is free of background noise and pretty clear but is nothing exceptional.

The Bottom Line
THE BABY is a totally bizarre film. It draws you in from the opening moments and you won't be able to look away until the credits roll. THE BABY is something you need to see.

THE BABY is available HERE
Posted by Celluloid Terror (Seth Poulin) at 2:09 PM