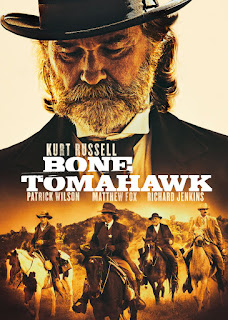 The Film
You'll be able to see Kurt Russell in a couple of westerns this winter and they're both worth seeing for their own respective reasons. While a smaller production without all of the name power behind it (though still featuring some familiar faces) BONE TOMAHAWK shouldn't be overlooked, especially by horror fans as this is as much a horror film as it is a western.

A group of desert savages capture several citizens of the town of Bright Hope so it is up to Sheriff Franklin Hunt (Kurt Russell) and several other townsfolk to track down the savages and rescue the the victims but they quickly find that the savages are more ruthless and merciless than they could have ever imagined. 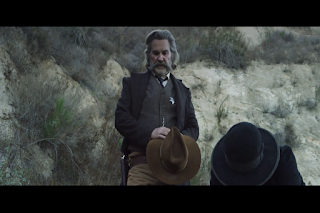 Clocking in at over two hours I was afraid that BONE TOMAHAWK would drag but pacing isn't a problem as the movie breezes by with plenty of action to enjoy. The characters are standard but likeable and well played by the entire cast including David Arquette and Sid Haig in smaller supporting roles who play well off of each other.

BONE TOMAHAWK really makes it's name on the violence however and there's plenty of it including some incredibly nasty and gory moments that to put simply, surprised the hell out of me seeing something like that in 2015, at least without any hint of irony or humor involved. It's straight forward and shocking. There's an exploitation film element on display that was not only unexpected but welcomed. Perhaps not pushing that angle as far as they could have but there's definitely an old west Hills Have Eyes vibe. 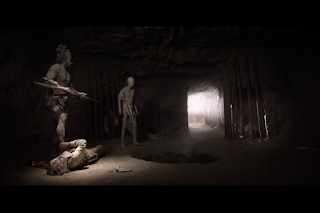 If BONE TOMAHAWK has a downfall it is that it is too by-the-numbers and one note to truly be noticed as much as it deserves to be. The movie is far from bad and is highly enjoyable as both a western and an exploitative horror film and it just misses being a modern must-see.

The Audio & Video
This DVD looks quite good with the 2.40:1 widescreen transfer. The dry, sun drenched setting allows the blood reds to pop a bit and the image is crystal clear. The English 5.1 Dolby Digital mix is excellent and free of any damage or background noise. I can only imagine that the Blu-ray edition is that much better. 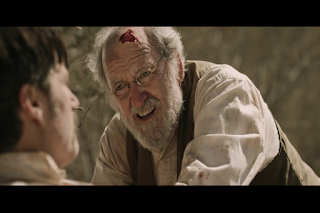 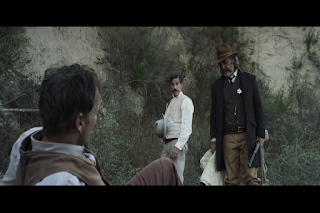 The Bottom Line
I'm all for a revival of the gritty western film and perhaps December 2015 will be known as a landmark month in that revival with BONE TOMAHAWK being a big part of that and there's plenty of reason for you to find out why.