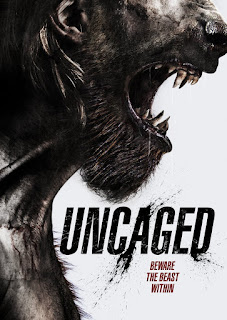 The Film
Jack has recently turned 18 and is plagued by a series of sleepwalking episodes which leave him waking up naked outside and having no memory of the night before. Jack straps a camera to himself to record the nights he can't remember and discovers that he is committing bloody murder after transforming into a beast at night. Jack's actions lead to the discovery of a nasty family legacy that he may have no escape from.

UNCAGED has an interesting idea of inheriting the family gene of transforming into a werewolf on your 18th birthday and having to deal with that awful reality but it does absolutely nothing interesting with it. The writing is atrocious and far too much time is spent on an unnecessary subplot involving a gangster and his wife. There's little response from the characters surrounding Jack about his revelation of transforming into a beast and his murderous rampage and those characters are the least interesting cookie cutter college stereotypes I've seen in a long time. 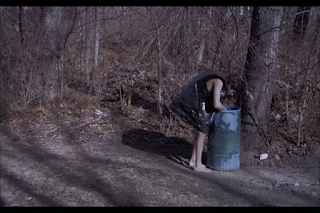 The worst part of UNCAGED, worse than bad writing and poorly constructed characters is that it's just plain boring. Actually, it isn't just plain boring, it's painfully boring. It drags and drags and drags and never, not once, is interesting or entertaining. There's no sense of horror, or suspense or even shock. The movie fails to get any sort of reaction out of the audience and the quicker this one fades from my memory the better off I'll be.

The Audio & Video
The DVD presentation is a solid one with a clean 16x9 anamorphic widescreen transfer. The movie has a cold blueish grey color palette and black levels are handled with grace. The 5.1 Dolby Digital surround mix is a bit weak overall. It's a decent mix but lacks any major punch or depth. There's no damage or background noise to distract the listener. 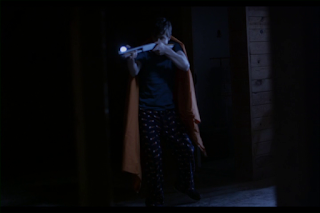 The Extras
-Audio Commentary with Cast and Crew
-Bloopers 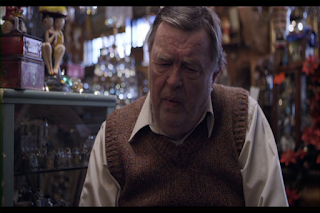 The Bottom Line
What's that toy from the early 90s that went around your ankle and you jumped over it repeatedly? Oh yeah, Skip It.