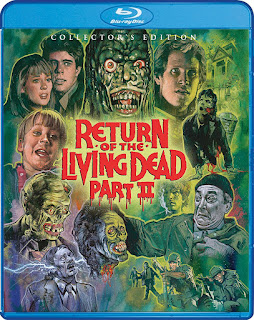 The Film
Following in the footsteps of the original Return Of The Living Dead, RETURN OF THE LIVING DEAD PART 2 has a similar set up and plot revolving around a group of people fighting to survive a zombie outbreak after a toxic gas has been unleashed from a lost Army container. Unlike the first film that while having a healthy dose of comedy was definitely geared toward adult audiences with plenty of gore and nudity, the sequel is based more in comedy than horror and is a much more family friendly affair. 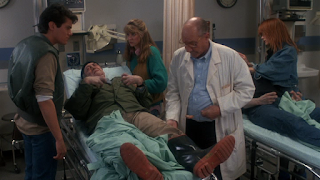 Writer and director Ken Wiederhorn is best known for his work in the horror genre having helmed films such as the Nazi zombie drive-in staple Shock Waves and the early 80s serial killer flick Eyes Of A Stranger, Wiederhorn's most notable and popular work is RETURN OF THE LIVING DEAD PART 2. Ironically Wiederhorn isn't much of a fan of the horror genre and has gone on record many times stating that. Knowing that it is obvious why he took this sequel in a decidedly more humorous and family friendly direction concerned more about laughs than shocks. From the opening ten minutes of the film it is immediately apparent that this is not going to be a tonal rehash of the first film as we're quickly introduced to a trio of kids, not old enough to be in high school. Along with the youthful presence is a whimsical score that wouldn't be out of place in a children adventure movie like The Goonies. 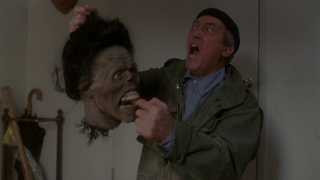 Fans of the first film may have been thrown for a loop early on but I suspect a wave of comfort (and slight confusion as well) washed over them when James Karen and Thom Mathews appeared on screen. These two played a classic duo in the original and despite having died make their return as different characters in the sequel albeit in similar roles. They even repeat their classic "Watch your tongue boy, if you like this job!" "Like this job!?" exchange much to my personal delight. Then the zombies start coming and any remaining doubt that this isn't going to be like the first film is erased as the slapstick is introduced. Instead of making these zombies menacing and scary Ken Wiederhorn has them bumbling around the graveyard, stepping on each other's heads as they climb out of their resting places, falling into empty graves and eventually driving military jeeps around town while flailing about.

These zombies are still dangerous and gross. These undead monsters want brains and will chase you down to get them. Like the first film these zombies run and even a gunshot to the head won't stop them. There's a bit of gore on display to keep a slight edge to the film and make-up effects artist Kenny Myers and his team created dozens of decayed designs that I think are overlooked in the world of zombie design because they're in a more comedic film. That's not Kenny Myers' fault who I think did a superb job in keeping the horror aspects of this horror movie in tact enough so that it works because without the horror in this movie it would be a big goofy mess. And while it is goofy it's goofy in a charming way and there's enough horror to keep things moving along at a nice pace. If there's one thing RETURN OF THE LIVING DEAD 2 could never be accused of it is being slow or boring. There's always something to laugh at or get excited by. 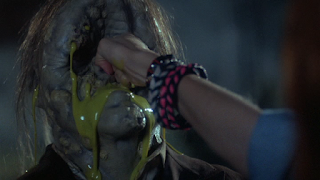 Yes, RETURN OF THE LIVING DEAD 2 is a wacky departure from the first film and no, it is not a slice of counter culture goodness that the first film is but it is a wildly entertaining film that has its tongue planted firmly in cheek and after nearly a quarter century of me being a fan of it I think I can safely call it timeless. It is funny in ways that will always be funny and the scary bits are scary in ways that will always be scary. It may not be as good as the first but I will shout it from the mountaintops that I love RETURN OF THE LIVING DEAD PART 2.

The Audio & Video
Scream Factory has restored the film with a new 2K scan of the original interpositive to very nice results. The film has always had a hazy and soft look from the way it was lit and photographed and that remains the case here but that doesn't detract from the obvious and sizable upgrade over the old DVD release of the film. Colors are vivid but realistic while detail is enhanced quite a bit which makes the zombies look even more ghoulish. Black levels are appropriately dark and there's no signs of pixelation or blocking up. The DTS-HD Master Audio is crystal clear and provides a crisp listening experience. The mix is perfectly done letting the dialogue come through loud and clear while the music shines when it needs to. The audio is free of any sort of damage or distortions like crackling, popping, or hissing. 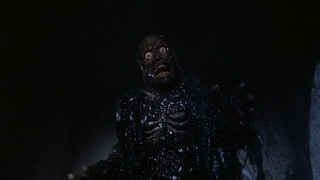 The Extras
I... Want... Your... Brains!!! Whoops, I mean special features and there are plenty of them. 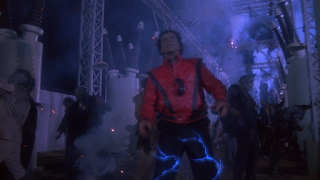 The Bottom Line
This sequel's Blu-ray release was long overdue but Scream Factory made the wait worth it with a release featuring a great transfer and a slew of special features that definitely lives up to its "Collector's Edition" banner. And let us not overlook that the movie finally has been released with its original soundtrack for the first time since the VHS days. If you have any brains you'd go get it now.

RETURN OF THE LIVING DEAD 2 is available HERE
Posted by Celluloid Terror (Seth Poulin) at 10:15 PM

Well written and informative. Can't wait to pick up this Blu! This flick is bonkers.

Wow nice ebook its to horrer I like it
try this cool ebook: Terror at 9:00 P.M
Also visit for more pdf ebooks: cocoebooks.blogspot.com