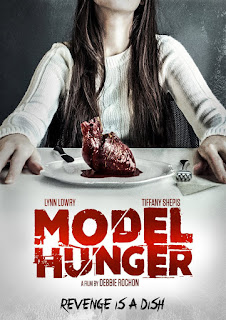 The Film
When a new younger couple move in to the neighborhood they find that the elder residents are pretty boring but the town has a growing list of young women who have gone missing. Eventually suspicion turns to Ginny, a sweet southern lady who loves to share her cooking with the neighborhood.

MODEL HUNGER is the directorial debut of former scream queen Debbie Rochon. Rochon made her name in such films as Slime City and Troma cult classics like Tromeo & Juliet and Terror Firmer. The time spent in front of the camera doesn't necessarily translate to skill behind it and while Rochon is in no way shape or form a virtuoso behind the camera she seems to have picked up enough know-how to put together a competent production. Working with a veteran cast including Lynn Lowry (I Drink Your Blood) in one of her better and more charismatic performances of her career and Tiffany Shepis who is not stranger to B-horror and has worked with Rochon on a number of occasions certainly makes things easier on a rookie director but Rochon never trips up and proves she can helm a horror movie. 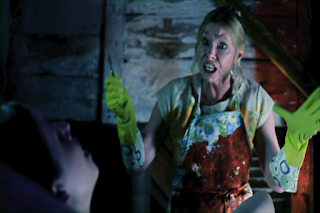 That veteran cast does exactly what you'd expect, giving sturdy and believable performances. Lowry is definitely the star of the movie as she piles on the southern charm before becoming brutally psychotic over and over again. MODEL HUNGER will satisfy most gore hounds with plenty of blood on a fairly high body count. It also has a few gross out moments that will have you squirming and laughing. Along with the graphic violence, MODEL HUNGER also has an underlying commentary on the entertainment industry that frankly plays second fiddle to the more extreme aspects of the picture. You don't have to dig deep to find the commentary but it's easily brushed off and forgotten about as it seems the script never wanted to be too headstrong with it. There is an inherent weirdness to MODEL HUNGER that I appreciated as a popular topic within the film is an infomercial for bizarre, sexy and downright weird clothing. Imagine if John Waters ran QVC and you're heading down the right track.

MODEL HUNGER is flawed, rough around the edges and obviously from a first time director but everybody is fully on board with the project and gives everything they have to make the best horror movie they can and I feel they turned out a successful independent production that will get more and more positive attention as audiences discover it.

The Audio & Video
Wild Eye Releasing gives MODEL HUNGER a home on DVD that appropriately translates the digital photography to a solid 16x9 anamorphic widescreen transfer. The picture quality is good with relatively good sharpness and clarity. The overall look of the disc is nice and natural. The English audio is loud and clear with stable levels in a pretty strong mix that is free of any distortions. 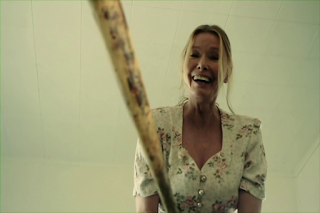 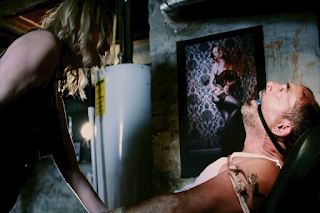 The Bottom Line
Is MODEL HUNGER perfect? No, but it is quite entertaining with a raw energy brought to us by one of the most notable scream queens that shows she's still hungry to make fun horror movies.